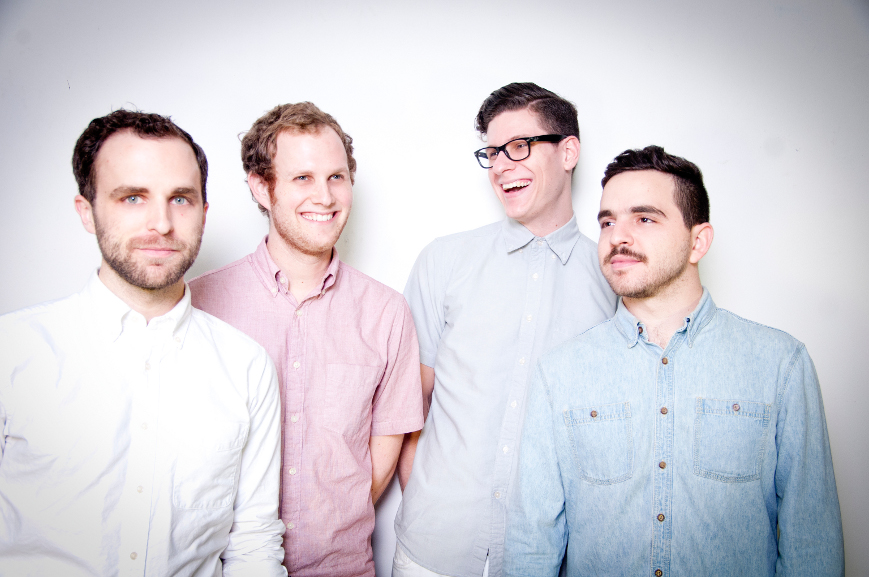 Conveyer has been testing their limits creatively for quite some time now, but none of their efforts have been so stunning as those in the last couple of years. In 2014 (and for two years since), they began touring in support of their experimental film soundtrack Prime. During that time, they decided to play around with two guitars, drums, and bass. As a result of that time on tour, they have produced their newest album, titled Ready Not Ready. As their third full-length album, Ready Not Ready is one of their most complex releases we have heard yet, utilizing every ounce of the basic sounds and instruments that they traveled with.

The second single off the album–“Tourette’s Reel”–is a direct indicator of the time and commitment that was put into its composition and production. The piece begins with staccato guitar chords, alluding to a light and airy tune to come. But the lyrics discuss depression, drugs, and hard times. “Tourette’s Reel is a song about–or to–my younger brother,” T.J. Masters clarifies. “It’s also about sequential down-stepping into increasingly dense levels of depression and being aware of only the effect, not the cause.” Pained lyrics they may be, the upbeat melody makes this far more of a warm weather song for Conveyor.

Elaborating on the piece, T.J. notes, “This particular song came early in writing for Ready Not Ready, and it’s informed more by demo experimentation than the actual groove that we fit in as a band and found on the songs that came later.  It’s intentionally jerky and odd, the bass and drums play in their own time signature while the revolving guitar figures are separate, and at the end of each verse they finally align.  It’s completely arbitrary, and in that sense I think it suffers.  It could flow a little better, but maybe someone like me will enjoy dissecting it for the exercise.  I like the one-note loop that the song finally lands on in the bridge.”

The one-note loop he speaks of is not only catchy, but we believe it adds to the genius of the song. We couldn’t disagree more with T.J.’s opinion that the song suffers because of its arbitrary nature. We love that about it.

Ready Not Ready drops on July 22nd, with the standard 12″ edition coming on white vinyl.