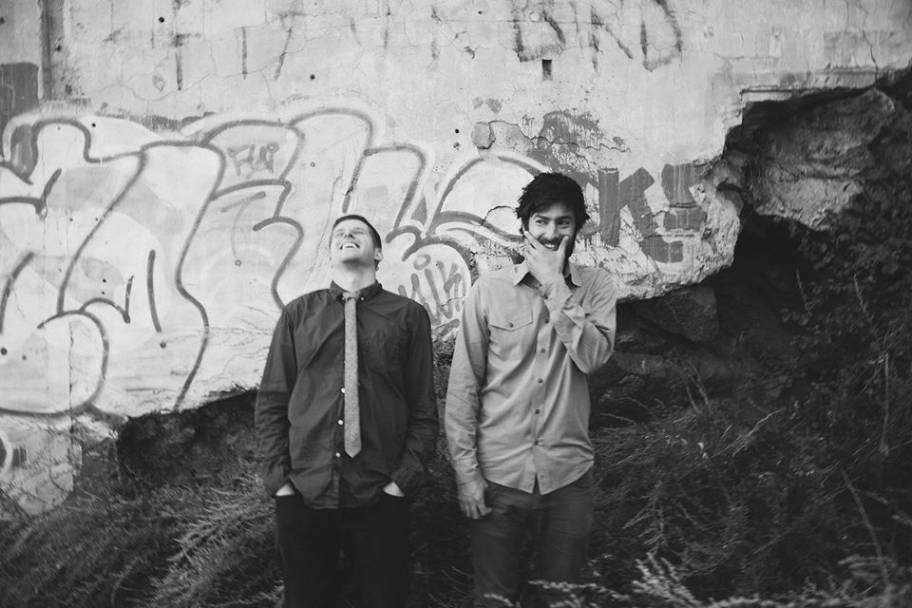 Boston's Dreamtigers have been keeping the dream alive, as Jake Woodruff and Andrew Gary expand their band's family to include Joe Longobardi and Mike Moschetto. Prepping their Broken Circles album Wishing Well for release February 25; Dreamtigers take their far and away song of desolation down the New England freeways in the premiere of, “Empty Roads Pt. 1”. With contributions from the camps of Caspian, Balmorhea, Defeater, Polar Bear Club, and more; these tigers of great vision sweep away and trade the world's pressures, tragedies and tension for something “lost and unafraid.”

Springtime homecomings and vacant trails crossed set the lonesome scene of derelict souls. Jake, Andrew, Joe, Mike and company create a large space with their sound that contains some raw and poetic self-conversing prose that is often reserved for the weary and wandering traveler — playing the defeatist game of 'should-of.' “And I can't stand every sunlit face I endure as your eyes become clockhands that twist and your gone”. Like coming back to the old homestead and finding everything changed, “Empty Roads Pt. 1” evokes the highway taken to leave the nest, as well as return. Dreamtigers crawl through the collapses of ideals in a coming of age story about embracing a new grown self-esteem, even if everything hasn't been figured out yet.

Jake Woodruff talks about how Dreamtigers became a quartet, news of more upcoming recordings, an inside look at recording “Empty Roads Pt. 1”, and the Wishing Well album with a little help from their friends.

Tell us about recording your album Wishing Well with the additional lineup of Joe Longobardi and Mike Moschetto and folks from Caspian, Balmorhea, and Polar Bear Club. How do you all feel these contributions have impacted the Dreamtigers sound?

Recording Wishing Well is something Andy and I have wanted to do for years, and although it was daunting, we were surrounded by a group of great people. Everyone that helped on the record, from tracking to artwork, gave so much. Adding Joe and Mike to the core lineup was a game changer — it just felt really natural and easy. Joe and I had been playing in Defeater together for a couple years, but we got to see what a versatile drummer he is with this project; he can truly play to the song. Any song- technical or not, his feel and tasteful ideas are invaluable. Mike was helpful as an engineer and producer in “Empty Roads Pt. 1” in particular, we did some really weird pedal combinations and mic placements for recording guitar layers, and he played organ on the second half. And when it came time to re-assemble the live lineup, he proved to be a great bassist.

We've always had friends guest appear on records to play additional instrumentation — when we started writing and recording Wishing Well, we took a longer and more in-depth step in that direction. Andy and I wanted strings on a few parts, and pedal steel, and piano, and we asked the people we knew who played those instruments — simple as that. We've ended up with a more atmospheric recording than we've had in the past, which is something we'll continue to develop. And we got to finally collaborate with some longtime friends for the first time.

Dreamtigers are never quite the same show to show or recording to recording — we might have a violin player, or piano, or be playing acoustic- we like to continually re-interpret the songs. It keeps it interesting, for us at least and hopefully for the audience.

How did Dreamtigers first become a musical entity?

Andy and I have been writing music together for a decade now, gradually getting more serious. During the first few years we were in other bands, but about six years ago we both found ourselves without other projects, had written a few songs we were really into, and finally settled on a name. We recorded the Broken Seasons EP, with would-be Defeater bandmate Jay Mass and played our first show, and the band was finally born.

How is your music impacted by your Boston hometown? It seems that there are some special scenes over there that are doing some amazing things, Guerilla Toss continues to blow our minds.

There are a lot of great bands around Boston and New England as a whole, which continue to inspire us. It's a big enough scene that it's tough to wrap your head around all of it, but we feel really fortunate to have grown up around some amazing bands, and to have seen more bands coming through at some of Worcester and Boston's longstanding venues, like The Middle East, Harper's Ferry, and The Palladium. Friends in so many bands — Caspian, The First Annual (RIP), Junius, Make Do and Mend, Defeater, Pile, Call it Arson, True Blues, Colin Bugbee, Fax Holiday, Phantom Buffalo in Portland, ME — all these and more continue to challenge and inspire us.

There is a kind of resonating lonesome vibe that permeates your songs like the forgotten folk tales of “The Smoke and Low”, to the dusty trails of “Empty Roads Pt. 1”. What inspires the journeys and paths that these songs take on?

Man — I wish everyone who heard our music described it as having a 'resonating lonesome vibe.' The origin is tough to sum up, though — loneliness, anxiety, and tragedy? The normal places. Near a maple tree. All of our songs come from some intensely personal, usually negative but sometimes positive, experience. It's from pretty idealist kids growing up and having those ideals shattered or changed or both, and looking at what's true in what's left.

Today we are focusing on “Empty Roads Pt. 1”, and I'm wondering where does the second part lead?

“Empty Roads Pt. 1” and “2” close out each side of the record, and are linked thematically and sonically beyond that, we'll leave it to the listener's interpretation.

What else does Dreamtigers have waiting in store for the world?

We're working on touring plans to support Wishing Well — that's the main priority right now. Due to how long it takes for records to come out, and the fact that we're continuously writing, we're also already a few songs deep into the next record.