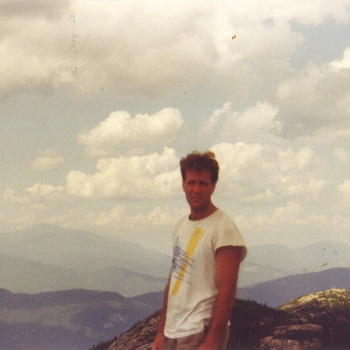 Last time we spoke to Earl Boykins, they were fresh off the release of their Friends cassette. We learned that the band is based out of New Paltz, New York, which has become a preferred destination for many bands to engineer their records, due in part to the talents of Chris Daly of Salvation Recording Co, who helped engineer PORCHES.’ Slow Dance In the Cosmos. At the end of that conversation, the band alluded to an upcoming release, stating, “We have a bunch of incredibly different new jams in the works, and we are planning to go back in the studio sometime soon to record again, we are thinking of doing a six song EP.”

In addition to an exclusive stream of the album, we briefly spoke with Earl Boykins for the second time.

What were your goals for the EP versus Friends?

We wanted to create something totally different that our dads could be proud of. We also wanted to use this EP to show the new side of our musical group, which we hope to further with another LP that we have already started writing.

Earl Boykins is based out of New Paltz, NY, a small Hudson Valley town with an increasingly popular reputation. Do you believe that escaping the Brooklyn bubble has been beneficial for the band?

There’s positives and negatives but due to small, dedicated strong scene in the Hudson Valley it gives us a lot of opportunities we wouldn’t get in Brooklyn. Such as the ability to record easily, and be part of an ever growing scene. While in Brooklyn there’s so many great bands that we believe it would be a lot harder to get where we want to go.

Your EP is titled Everybody Likes Dogs. Are there any special pups in your life?

Earl Boykins’ Everybody Likes Dogs will be released September 30 on Forged Artifacts. You can pre-order the cassette here.