EmptyMansions, “Down By the River” (Neil Young cover) 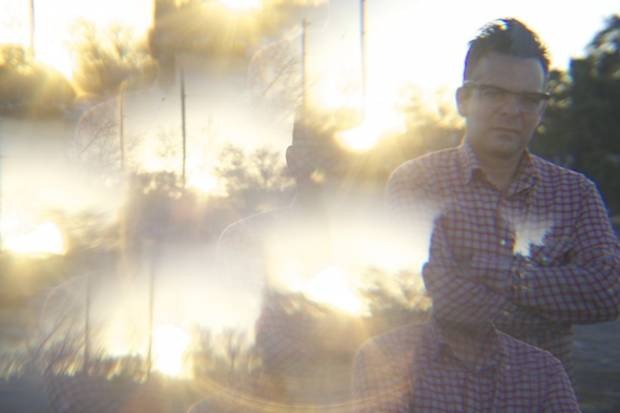 With Interpol on hiatus for the moment, drummer Sam Fogarino's new project EmptyMansions is joined by road warriors Brandon Curtis (of Secret Machines) and Duane Denison (also of The Jesus Lizard, Th' Legendary Shack Shakers, Tomahawk) and today they premiere their cover of Neil Young's “Down By The River”. Their full-length debut snakes/vultures/sulfate drops today from Riot House Records, as they treat Neil's classic with an atmospheric echo rendition that follows up the recent desert-head-space single, “Lyra“.

Where Young's high alto pictched original is given a chill pill, EmptyMansions' arid, mesquite smoked guitars move like a slow burning campfire lit drone where the embers spark among the persistent, panning, percussion loop mechanics. And while the murder ballad takes on a gloomier tone and delivery than the one found on Everybody Knows This is Nowwhere' Brandon's production presents an open door of keyboard touched key changes that display everything else that could have been. “Yeah, she could drag me, over the rainbow, send me away”, the metaphysical connection aligned with harmonic “ohhs” and “la la las” before the grim tale of, “Down by the river I shot my baby down by the river, dead, oh, shot her dead”.

Sam, Brandon and Duane hold on to Young's lyrics like long held final embraces. Lines like “taking me for a ride” get special attention, where Sam belts out a grave, vocalized pain that returns to that killing river with recited repetition. The verses and chorus move in a natural yet sedated order, where EmptyMansions hiss in throated whispers for you to “take my hand, I'll take your hand”, taking the trip to the water's edge that rides the rails between a deep buried “madness” and explicit, elongated expressions of “sorrow”. Fogarino and friends handle every guitar strum and subtle element from the 1969 song in drawn-out emotional deliveries with feelings hurt and heard in every syllable utterance. As if grasping for dear life, Sam treats the brief but powerful lyric of, “oh, shot her dead”, like a breakdown confessional more lurid than the ones seen on the reality cop shows on television. The minor chord sustain aches in hand with the vocally visible pain that fits the classic number's intended dark moods and cracked sentimental subtexts in ways the original never satisfied.

PrevPreviousMarch's 10 Most Average Moments
NextThe Best Music of March 2013Next