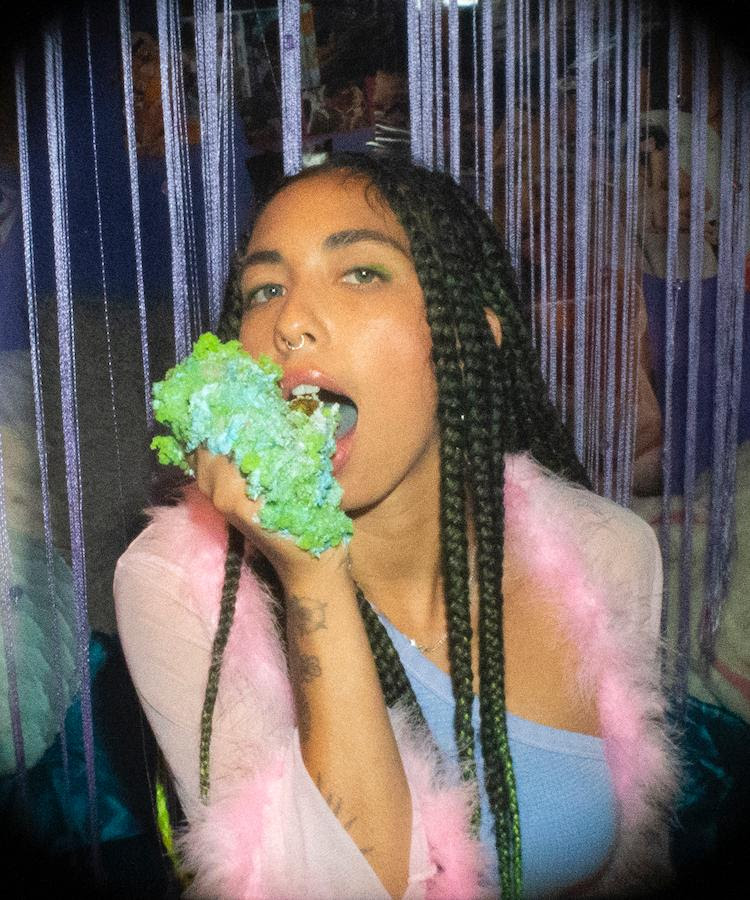 “Tell them that I wasn’t having much fun” Indigo De Souza screams feverishly at the closing of her newest single “Kill Me,” the first lick of her forthcoming second record Any Shape You Take. I like to show people Indigo De Souza’s music, but I require to be there for their reaction. More times than not listeners seem paralyzed in awe, or maybe disturbance, but nonetheless frozen. Her music is brutally honest, but the honesty that lingers in the back of most minds never breaks way to the surface.

On “Kill Me,” De Souza submits to an all-consuming relationship along with mental illness accepting and prodding for her own demise in opposition to freedom from a deleterious lover. “Baby, darling, devil I love you,” she combines a trifecta that rarely finds themselves connected and she hails to “satan” in a way that demands control instead of playing victim.

“Kill Me” and the rest of the songs on Any Shape You Take act as a companion to her first record I Love My Mom, which features the auspicious tracks “How I Get Myself Killed” and “What Are We Gonna Do Now.” Indigo De Souza is the cool girl; witty and beaming with talent, she’s fearless in her self-reflection admitting to even the most grotesque moments of her own version of reality. Whilst some may confuse her macabre imagery for cynicism, it’s actually far from it. In accepting her own defeat in a relationship where she felt “tired and fucked up” but “simultaneously so deeply in love with that person in a special way that felt very vast and more real than anything I’d ever experienced,” paying homage to real pain.

“Kill Me” opens quietly and playfully, her vocals tossing the idea of death into the realm of possibilities. By the end of the track, she’s demanding her lover to clean up the mess of her body and tell her friends and family that she was simply done. “Fuck me till my brains start dripping down to the second floor in our home,” a scene so gruesome Edgar Allen Poe could have written it. But like most horror stories, there is a sense of tapping into the subconscious that buries itself within the narratives told in the forefront. Writing about a painful relationship has been done before, and will be done again, but rarely is it done like Indigo De Souza does it.

The music video for “Kill Me,” directed by Jordan Alexander, begins with the word WARNING blaring in bold red letters. “Viewer discretion is advised.” Cake placed throughout a cluttered pink bedroom, cartons of eggs, paint and cutout magazines find themselves among De Souza singing into her reflection while sporting a ’70s-esque pink robe that may have been taken directly from Austin Powers. The scene changes to a boxing ring labeled “custody battle” where a pregnant woman fights her male counterpart in WWE-like fashion only using cake, meanwhile, flashes of De Souza make way into the video as she dances, laughs and sings, finding humor in her brokenness. The video recreates “cake sitting,” an art form that embodies creation and destruction simultaneously, symbolizing De Souza’s parting with this relationship.

Her record Any Shape You Take is out August 27 via Saddle Creek but for now, watch and listen to “Kill Me” below: