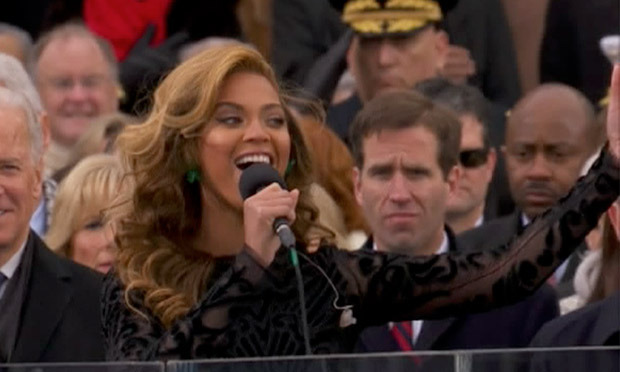 What's that theory about how the first moments in the new year are spent will shape the next 11 months? Well, it's best if we assume it to be malarky, otherwise we're looking at one shameful year to endure. If Beyonce can't muster up the pipes to honor Dr. King and Two-Termz with our nation's anthem on a truly historical day, well… we're fucked. If a demo at a Super Bowl press conference to the audience of journos who eat from the hand of the NFL like obedience school graduates is proving something or her definition of “apology”, then yes, we are in the year of the fucked.

But there's good news, every band your older sibling loved while you were making Cobra Commander mount sissy's Barbies is getting back together for cool prices and headlining honors on a never-ending festival circuit. Talk to your bankers, dip into the 401K early and shell out the proper fees to see Belle & Sebastian, Blur, Bjork The Stone Roses, and Postal Service. Starting to think its a sign that the dollars in our wallets are mirror images of dollar signs in their eyes.

Festival Lineups, Time machines are a reality thanks to Coachella and Pitchfork (Read the expose here)

The Strokes, Announcing This Is It and It sounds like The Moog Cookbook sodomizing J. Timberlake (RCA)