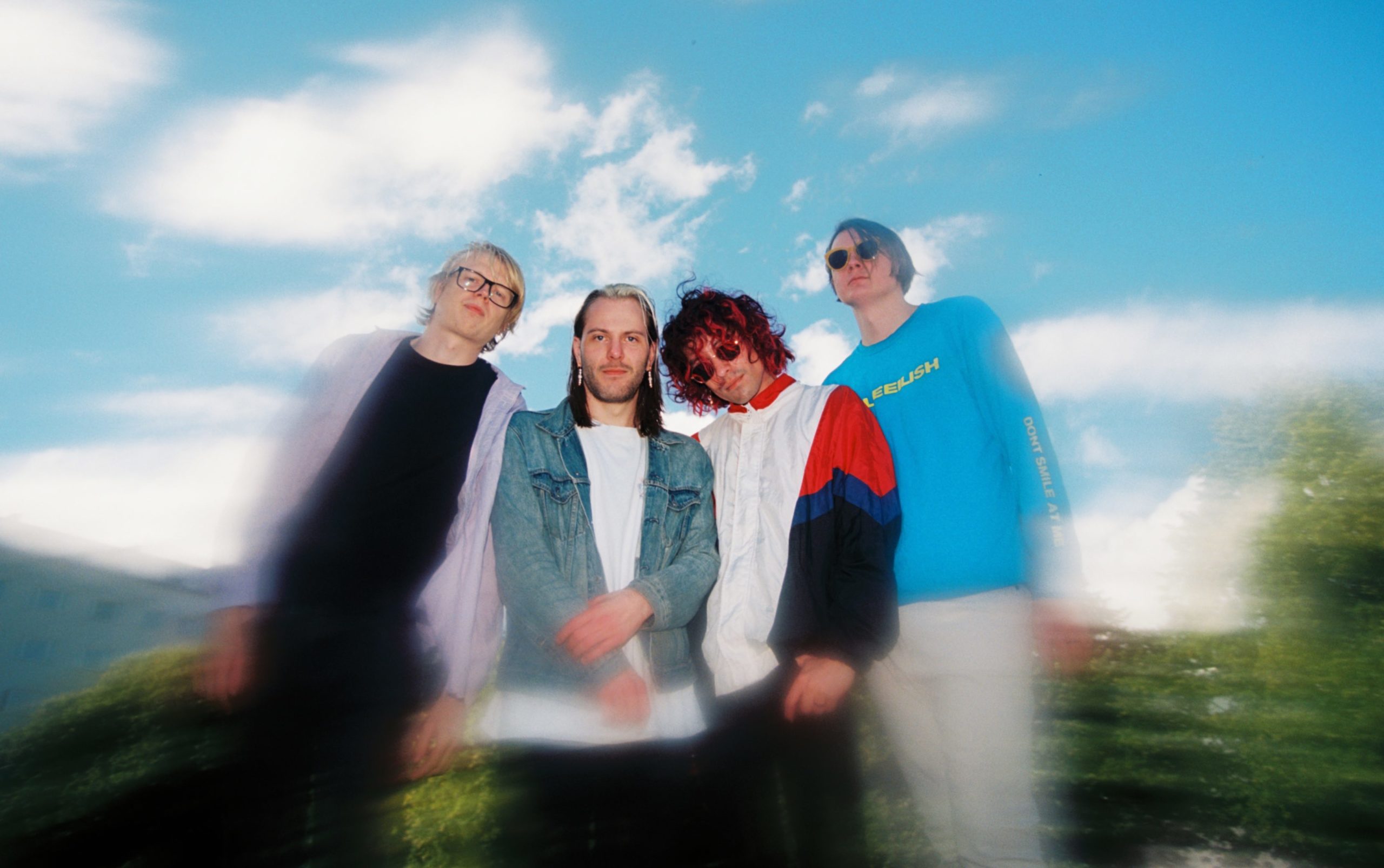 Nowhere is this more clear than on Lazy Queen’s new single “Bid Geal.” Full of a raw, self-loathing punk spirit, the track even rebels against the clichés of song structure, with drastic changes of tempo showcasing the lack of fucks the group has for sonic boundaries.

“‘Bid Geal’ is about someone who’s seemingly very proud of how fucked up they are,” Henrik shares. “It’s a frame of mind full of self-deception, gleeful ignorance and hard-headed stubbornness. The song’s got that ‘fuck you, fuck me, fuck everybody’ attitude, so we really pursued that in all aspects of the writing – giving way to our more exuberant and sporadic impulses. It’s our take on slapstick comedy in the form of a song.”