Lingua Ignota – “Do You Doubt Me Traitor” 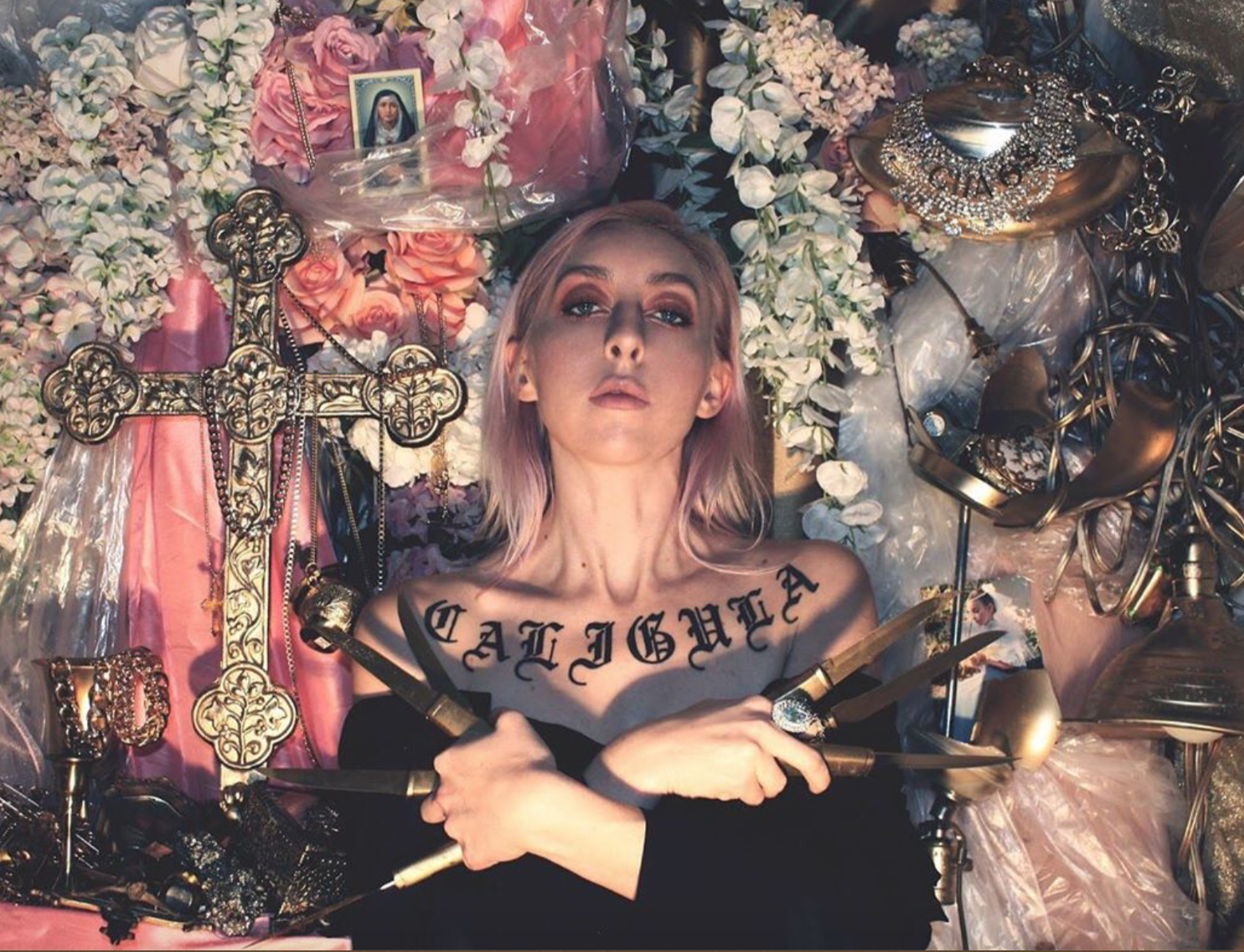 Metal fusion artist Lingua Ignota is currently gearing up for the release of her new album Caligula, which comes out on July 19 via Profound Lore Records. The Rhode Island-based musician – who grew up in Del Mar, CA – conjures a blend of several different sonic stylings including industrial, hardcore, folk, and classical baroque-pop, and many of her tracks serve as wrenching “survivor anthems” that tackle toxic masculinity, sexual violence, and trauma. We’ve heard the album’s first single, the harrowing “Butcher of the World,” and now she’s sharing another new one, a dissonant, blood-curdling masterpiece called “Do You Doubt Me Traitor.”

A nine-and-a-half minute epic, “Do You Doubt Me Traitor” is a swirling, searing slice of ambient black metal. Creeping layers of static, ominous piano notes, and disorienting percussion form the backdrop for Lingua Ignota’s disturbed shrieks and screams and operatic wailing. The cold soundscapes all swell and coalesce in cathartic fashion as she confronts the evil forces who oppress and antagonize victims by refusing to believe them. “How can you doubt me, How can you doubt me,” she repeatedly whispers, seething with rage before starkly expressing her pain: “I don’t sleep/ I don’t eat/ I let it consume me.” It’s a painful and oftentimes overwhelming sonic experience, but it’s also utterly moving, therapeutic, and vital. A must-listen for fans of intense musical styles.

Caligula promises to be an extension of the poignant sounds we’ve heard on these first two tracks. It was recorded along with an all-star roster of heavy musicians including Sam McKinlay (THE RITA), Lee Buford (The Body), Ted Byrnes (Cackle Car, Wood & Metal), Dylan Walker (Full of Hell), Mike Berdan (Uniform) and Noraa Kaplan (Visibilities). You can pre-order it HERE, and listen to “Do You Doubt Me Traitor” below.