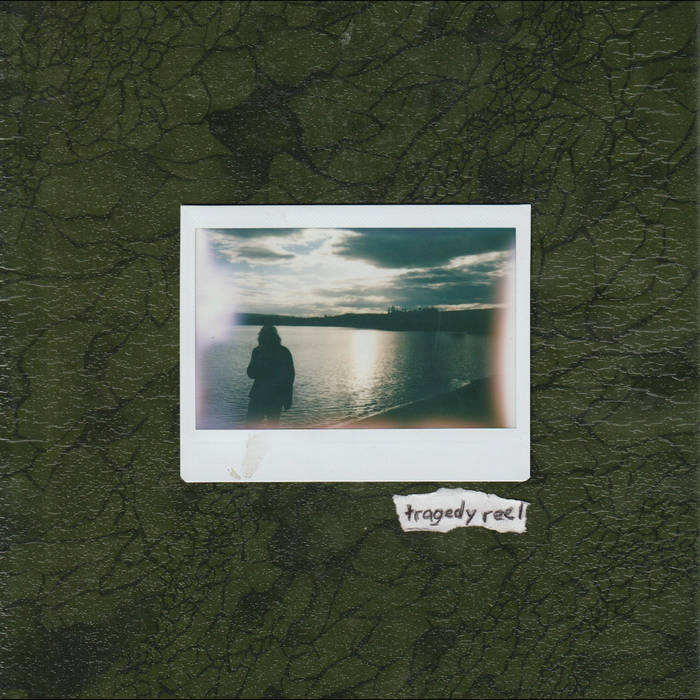 Like with past Fog Lake records, Powell dives deep into his past to portray what he refers to as a sense of “harrowing nostalgia.” Tragedy Reel serves as a reflective vehicle for Powell’s journey of healing, repentance and forgiveness, and as he plunges into intense emotional depths, the album manages to be a therapeutic experience for both himself and the listener. Recorded last year in his rural Newfoundland hometown, the album untangles the past and present through a hazy and pastoral palette of sounds: folk-tinged piano, banjo and acoustic guitars, pulsating Casio synths, and swirling strings that simmer under Powell’s uniquely soft and emotive singing voice.

Opening track “Crystalline” sets the poignant mood with warbling synth layers and flickering percussion. From there, Tragedy Reel leads you on a run of ballads with gorgeous melodies that all unfold slowly and in majestically haunting ways. The placid stunner “Latter Day Saint” showcases Powell’s whispery vocal croon and sparse piano notes that draw out in echoey, ripple-like fashion. Memories come flooding through from one track to the next as Powell parses their implications on his present. Shades of ’90s-inflected lo-fi seep in, conjuring textures reminiscent of acts like Daniel Johnston and Elliott Smith. As the LP closes on “June,” Powell renders his deeply personal and homespun songwriting with a sense of hope. Ultimately, Fog Lake’s Tragedy Reel is a lush instrumental effort that also feels like a spiritual turning of a new leaf, or a light at the end of a dark tunnel. Beautiful stuff.

You can purchase the the album HERE and preview it below: