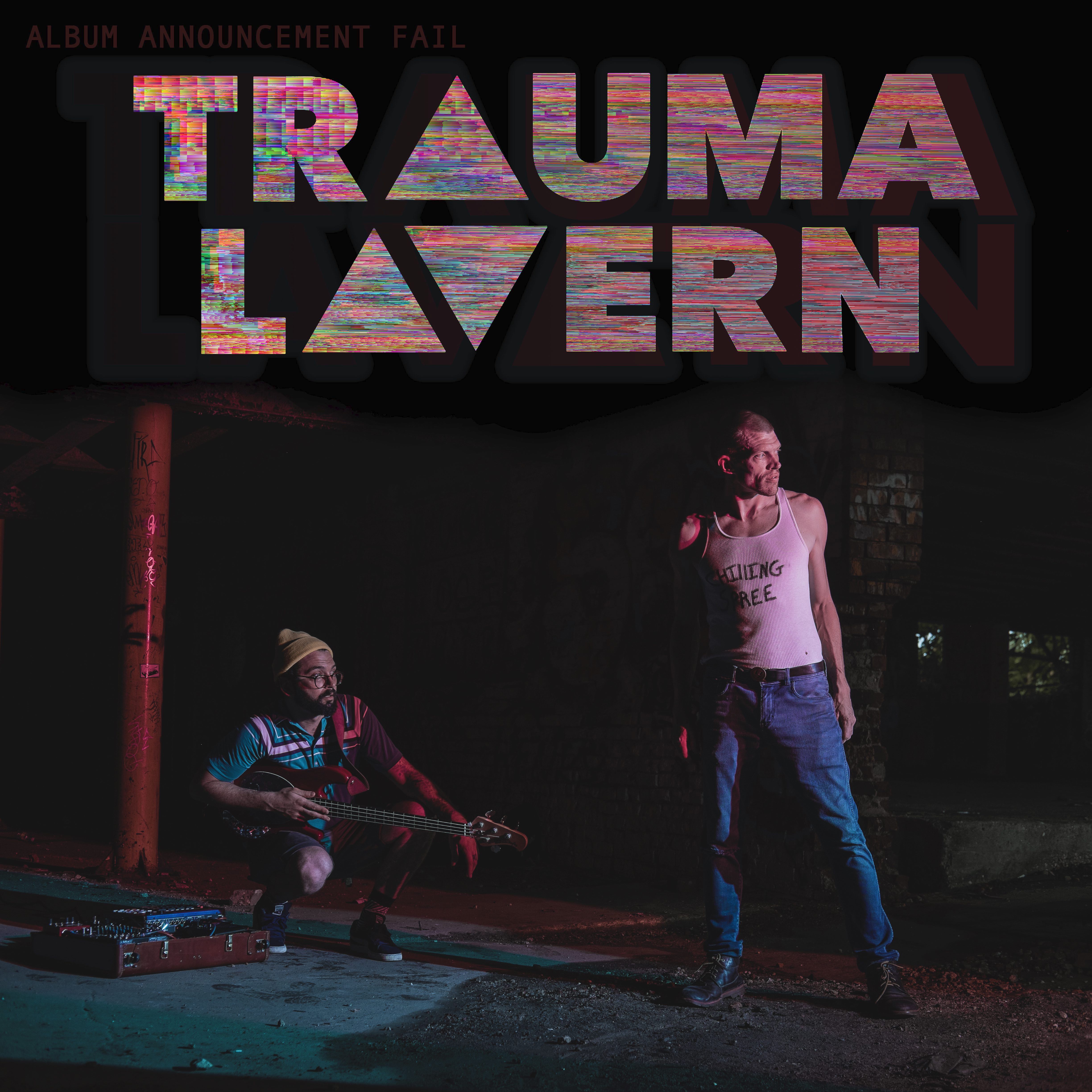 Trauma Lavern is a noise-punk and hip-hop duo from Baltimore comprised of wily vocalist P.T. Burnem and slithery instrumentalist Erik Akers. Having cut their teeth in DIY punk/rap scenes in the 2010s, Burnem and Akers first linked up on the apocalyptic folk-rap project Drones, and the pair have been cranking out raucous tunes together ever since. Under the Trauma Lavern moniker, they’re hitting fiery creative heights with their debut LP Album Announcement Fail, out today via underground icon Height Keech’s Cold Rhymes label.

The album opens on the ominous, skittering electronic bombast of “Casanova,” which serves as a sort of thesis statement for the duo’s vision of dystopian defiance and paranoia. Funky slap-basslines, squelching synths and frenetic drum machines blare behind Burnem’s colorful, ferocious, and slightly unnerving verses. There’s a spacey, psychedelic power to Trauma Lavern that lends itself to the duo’s haunting portraits of futuristic decay. Heady lo-fi garage-rock and blues textures consume “Eleven Thirteen,” a dramatic and desolate song that drips with political fury and apocalyptic imagery. Then there’s the anthemic “250cc Revolution,” whose guitar-driven beat, driving rhythms, and thrashy, swirling digital-punk production conjure the perfect sonic tapestry upon which Bernem unleashes his spirited rhymes. “I might crash my motorbike on Wall Street,” he snarls urgently over snowballing guitar feedback.

From there, the album glides across the spectrum of gnarled noise-punk to ragged electro-folk with shapeshifting ease. The interplay between Akers’ hypnotic bass riffs and Bernum’s kinetic vocals form the backbone of Trauma Lavern’s potent debut, with tracks like “Bad Medicine” and the cathartic album closer “Patriot” capturing raw intensity in their mesmerizing, minimalistic ways. Overall, Album Announcement Fail is a stark document of DIY hip-hop, noise, and post-punk furor. You can purchase it HERE and sample it below via Spotify.