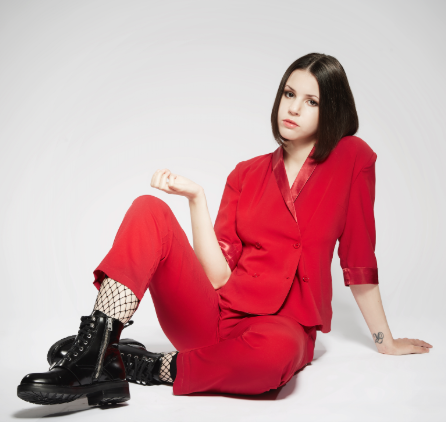 You Don’t Wanna See Her Dark Side

A young artist with a wealth of knowledge and experience behind her, French songwriter Marina Kaye has achieved more in her 21 years than most will achieve in a lifetime.

Since she began performing at just 13 years old, she’s been picked up by Universal Subsidiary Capitol Music in France, where she would soon go on to release a double-platinum selling album. She also performed alongside Thirty Seconds To Mars, Florent Pagny and Lindsey Sterling.

“I never really thought I would be making music professionally. I’ve been singing since I was very young to heal myself and soon realized I could heal other people’s wounds with my music,” she says. “Writing and singing have kept me going for the past 10 years and today, I feel stronger than ever about my decisions and the way I want to make music. This is what I was born to do.” Listen below.

Her years of experience and multiple emotional scars, have formed the inspiration for her new album. The first single from which, is the dark and sultry pop single ‘Twisted’. The track comes with a visual Marina co-directed, that recounts and experience she had with a therapist. It’s a devilish piece of Dark-Pop that showcases exactly what Marina has to offer, listen in full below