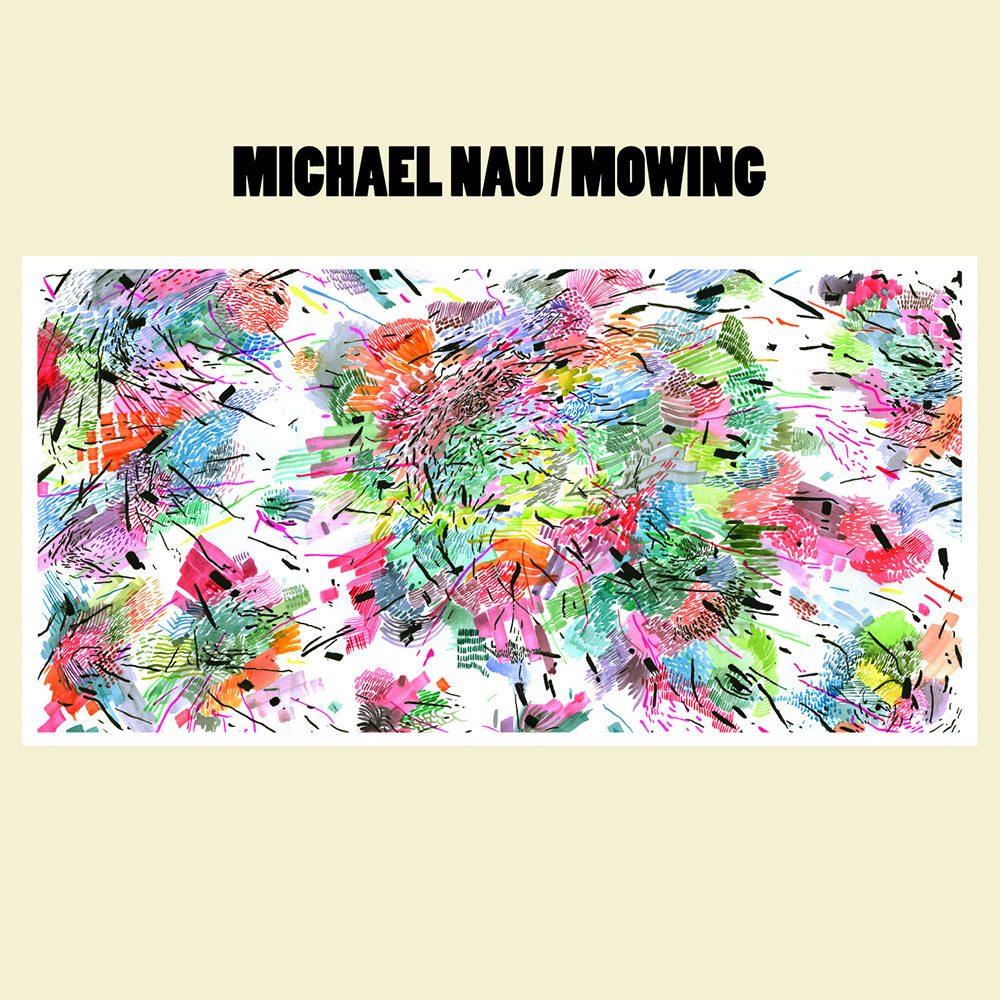 The 11 songs that make up Michael Nau’s debut as a solo artist, Mowing, were not recorded to be part of the same album. In fact, they weren’t really recorded for any concise purpose at all. They were simply recorded, to maybe go on a record, and then for whatever reason, forgotten about. They were recorded as long as five years ago and as recently as October of 2014. They were recorded with friends in Burlington, Vermont, on a porch in Nashville, and in a garage in Nau’s home state of Maryland. He didn’t realize how well these songs would work together at the time, but sometimes you need a kind of perspective you can’t anticipate for things to make the right amount of sense.

If Nau’s name doesn’t ring a bell, you might know Cotton Jones, the easygoing, psych-folk project he co-founded with his wife Whitney McGraw. After releasing Tall Hours in the Glowstream in 2010, the duo settled down in Cumberland, Maryland, and had a child. Nau also got rid of a bunch of his recording equipment. “I didn’t like to just sit and record over the top of myself over and over again,” he says. “I found myself doing that and getting into too many template-like situations. Routines. I thought the only way for me to get out of that was to just go record music with other people.”

No longer did he feel pressure to record or put out a release every however-many months. No longer did he have deadlines. He freed himself. “When I got down to just a guitar, I started trying to do sessions at other people’s studios,” he says. “That’s one thing I like about [Mowing]. It kind of has pieces of all of that.”

Someone would need to tell you all this, though, about how the songs of Mowing were pulled from all these different sessions over all this time. The album is so cohesive that it sounds like Nau could have just as easily recorded it over the course of a week while secluded in some Appalachian cabin. From the airy daydream of “While You Stand”, to the lounge-y harmonizing of “Smooth Aisles”, to the loping, low-key psychedelia of “Winter Beat”, the songs on Mowing rhyme with one another and give way to one another and are very much parts of the same delightfully mellow, sweet-sounding whole. It just so happened that it took five years for Nau and his collaborators, particularly his friends at Baltimore’s Yellow K Records, to decide to take a step back and figure out how all the pieces fit together.

“When I was trying to put it all together myself, there were a lot of sonic differences and I couldn’t really see them fitting,” he says. “I guess I was too deep into the songs themselves or something, to where I couldn’t make anything of it.” After spending a little time away from them, though, the songs began to make sense in a way they hadn’t previously. “I started to enjoy them,” he says.

When I ask Nau what’s next, I don’t expect much of an answer. He’s removed himself from the album cycle. It took him five years to bring the songs on Mowing together. He has a son and is expecting his second child, a daughter, to be born “any minute.” He doesn’t seem like someone who is in any sort of a rush to do anything. But then again, Nau is also an artist. “I’m hoping to do a new record in the next month,” he says.

Until then, we’ll enjoy this one.

Mowing is due out February 19 on Suicide Squeeze, you can stream it in full below.