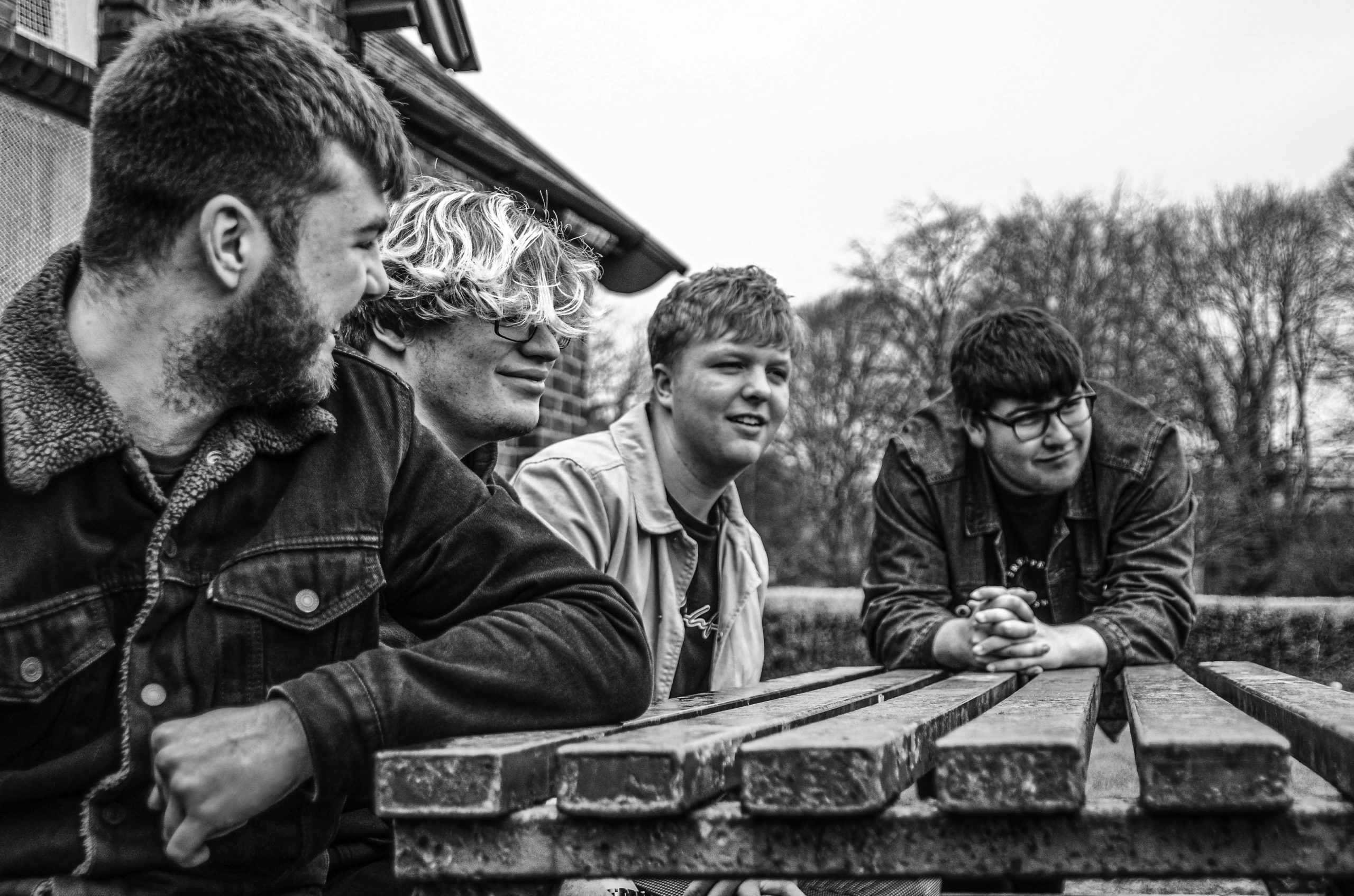 Kicking off with a real statement of intent, the new single “Going Away” by Plastic Glass is an emphatic piece of raucous U.K. alt-rock bliss. Unapologetically visceral, it’s a riff-heavy piece that covers the band’s experience of boredom and living in a cycle of routine before leaving home for university.

Based out of Manchester, the rising indie four-piece had been building a reputation pre-COVID for their raucous live performances. Working with established local promoters Scruff of The Neck and This Feeling, they’d been developing a feverish audience for their energetic brand of fuzzed-out indie rock.

Now, like so many others forced into an uncertain future in live music, the band is re-focusing their energy on recording and releasing new music, and are making a clear statement with “Going Away.”

“This song is technically a reincarnation  of an old Plastic Glass track that I actually wrote the lyrics for, admittedly it wasn’t great,” the band shared.  “However, some of the ideas from that track certainly carried over into this final version that we’re now releasing. Inspired by leaving home to go to university, lyrically this single covers the topics of boredom and wanting a change of scene. Specifically, tired of being stuck living at home and constantly  relying on the same set of people.”