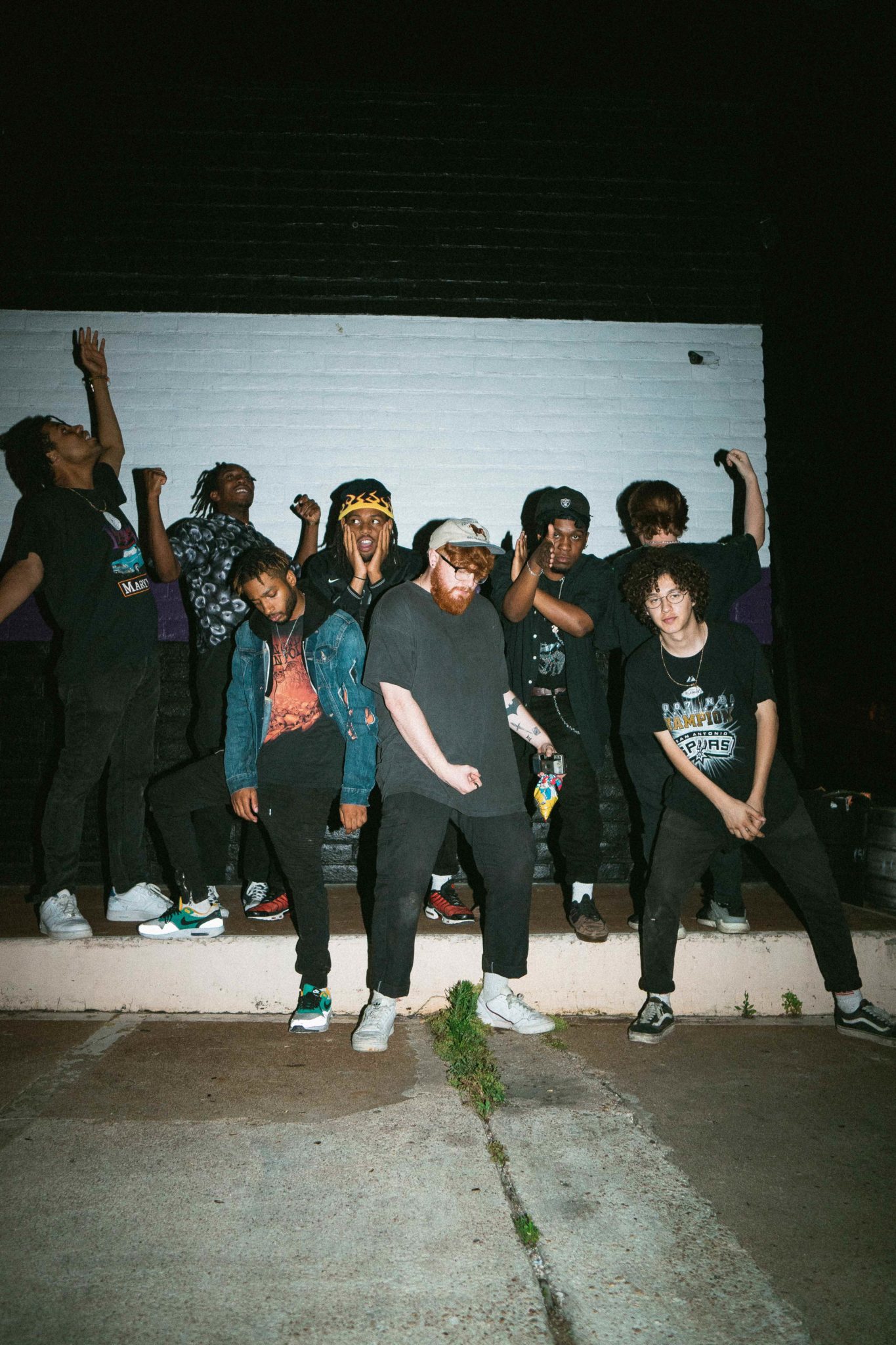 San Marcos, Texas rap crew PNTHN‘s hype has been steadily building over the past couple years. The nine-member collective of DJs, producers, engineers, rappers, and graphic designers has churned out countless tracks full of eclectic, clanging beats, ferocious flows and psychedelic vibes. 2020 is really looking like the year they’re gonna blow up big, and they’re starting things off right with their brand new track featuring the legendary Project Pat “JULIUS.”

The beat (prod. by Por Vida, Gulfwey, and Nephew Hesh) is off-kilter and spacey, full of sinister piano notes and stuttery trap hi-hats. First we get a guttural verse from the iconic Three 6 Mafia MC, followed by a mix of intense and dazed bars from PNTHN members Kenny Casanova, Gulfey and Twohorizona. “Woke up with two bands around my neck, bitch” Gulfey pipes in with an imposing, flippant drawl. “JULIUS” is another hit for the fast-rising rap group, who are currently on the verge of a major breakthrough.

Thanks to their skeletal, risk-taking sounds, fiery DIY-punk energy, and an air-tight, in-house artistic approach, PNTHN have cultivated huge acclaim and a growing fanbase that’s surely going to explode at any second. Give “JULIUS” a spin below before they blow up.