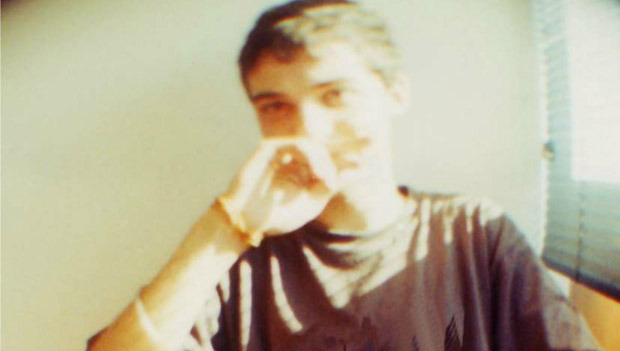 Polysick's first proper LP, Digital Natives, was released last week on Planet Mu, and we've been pushing it down our ear canals constantly at Impose HQ. It's addictive. the grand gestures of disco and Detroit techno are combined with the innate attention to detail that we will never be able to get enough of. Each key-pressing and each chord is placed in a spot that is appetite-quenching. “Totem” is the opening track, and this remix of it doesn't remove any of the incredible walnut shell percussion, simply removing it from its former home among classy Italianate cafe architecture and a universe of shmooze. It's been tossed into an Ibiza club salad, jumping into a conga line as easily as it lived in Rome before.

Polysick lives in Rome, and his real name is Egisto Sopor. Before this LP, he had a cassette on 100% Silk, and also released music under another name, TheAway Team. He claims to assign his music a visual cue, and so we wondered a few things to him in passing, and he was kind enough to humor our questions.

Why did you decide to put out an LP as Polysick and not your other project TheAway Team? What differentiates this music from that, to you? What new ideas are you exploring?

I'm not sure if a difference exists anymore. When I first started releasing music as TheAwayTeam I intended to use that name for the more ambient and synth-based explorations, while keep releasing the acid and 4/4 stuff as Polysick;, but in the last year the boundaries between these two projects gradually disappeared and I started to make music that was a hybrid, mixing house and acid elements with exotica, ambient and library music. Digital Native is a compilation of some of the tracks I produced in this vein (including some that were previously available on limited edition cds) and it surely sounds different from my previous EP as Polysick (Flow Fm on 100%Silk). In fact it is probably more in line with the music I recently released as TheAwayTeam (Star Kinship on Moamoo). But in the end all these names and tags don't mean much to me. I know this may sound a bit confusing and will put some people off, but I don't feel tied to any particular category or style when making an album: lately I like variations and contrasts more than repeating a formula and keeping the same mood for too long, but I could choose to follow a completely different path in the future.

Do your direct surroundings have any impact on you or do you think of yourself as a global musician? If Roman life is an influence, in what particular way? If it's not, why?

There's a lot of good underground music coming out of Rome: we've had a big techno and rave scene for years and now there are many great people involved in the post-noise and diy scene. All my friends and pals that make music and art influenced me in a way, but when I make music it's just me and the machines; I don't think the surroundings have a notable influence in what I do musically and I'm very lazy so I don't go out much: maybe a certain degree of sluggishness is in the air around here..

Do you think of yourself as being part of a great tradition of Italian artists who link the visual with the aural? If yes, who are your favorites? If no, why not?

No, I don't think so. When you say “Italian artists that link the visual with the aural” the first thing that comes to my mind is the great tradition of Italian composers who made soundtracks and library music, especially during the '70s (Piero Umiliani is my favorite). They're certainly an important influence for me, especially for their ability to design landscapes and suggest visual representations by using electronic sounds, but to be honest they are totally out of my league.. they are the masters!

Do you think electronic music has finally broken completely free of the club, or do you still try to base your work there to a certain extent? What is the future of electronic composition?

Well, this already happened a long time ago when acid house and techno turned into IDM: some great music was produced back then though it's quite unfashionable today. I still love that Artificial Intelligence series released by Warp in the '90s and the early stuff from Autechre, 808State, LFO, AFX etc. but the connection with the dancefloor is still a vital creative force and is something that I really want to explore further.