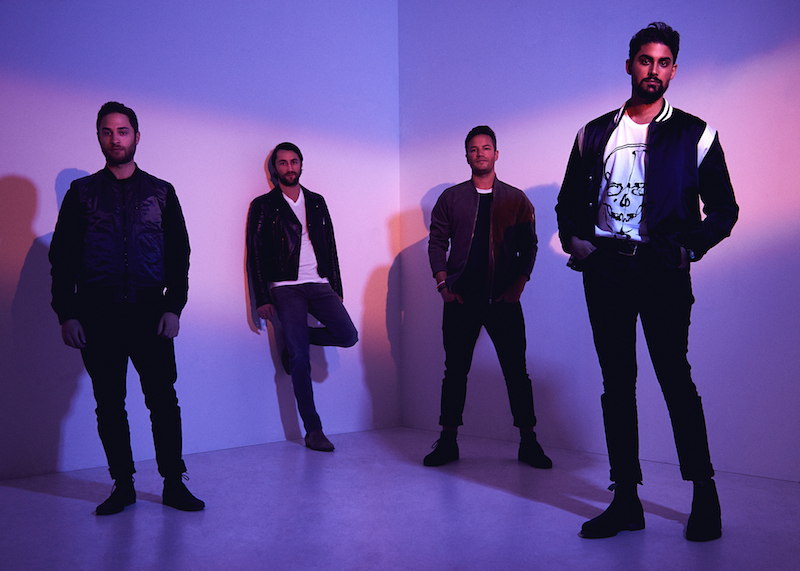 With a debut album, Passenger X, on the way and a performance at last weekend’s Firefly Festival under their belts, dream-rockers Mars Motel are poised for a breakout. Their most recent single, “Coming Up For Air,” is a sweeping bit of a post-punk with a pop-minded structure making you hard-pressed to get it out of your head (not that you’d want to). Impose Magazine has the exclusive premiere of the video for “Coming Up For Air” today.

Watch Mars Motel’s “Coming Up For Air,” stick around for a quote from the band’s Sarik Kumar and add it to your playlists here. New Yorkers can catch them next at Arlene’s Grocery on July 26th.

“I first met Director, Jordan Parrott back in January. Mars Motel had just finished recording our debut album and we were knee deep in the marketing/planning cycle for the record.

”Coming up for Air’ is about an android-like being longing to be human,’ I said to Jordan over coffee. Being science fiction fans, we both hit it off right away and began conceptualizing how we could create this music video within a reasonable budget and time frame.

Being a Cinematographer first and foremost, Jordan reached out to me almost a year prior about directing a music video for Mars Motel, looking to hone his skills in the director’s chair. He elaborated on my hidden narrative, introducing water as a surgical tool, genetically modifying, or perhaps rejuvenating, the android. From there, he conjured up a medical rebirth process.

The song evokes alienation and the pressure to assimilate. With that in mind, he used the overhead camera angle as if it were a medical lens, a detached way of observing the procedure that also puts the android under a microscope.

The whole process took about 4 months: five weeks from conceptualizing to shooting, one day of principal photography, plus an additional pick up day, and two months in post.”

PREMIERE: a. harlana – “If I’m a Bird”
Impose Main
Foxwarren at Johnny Brenda’s