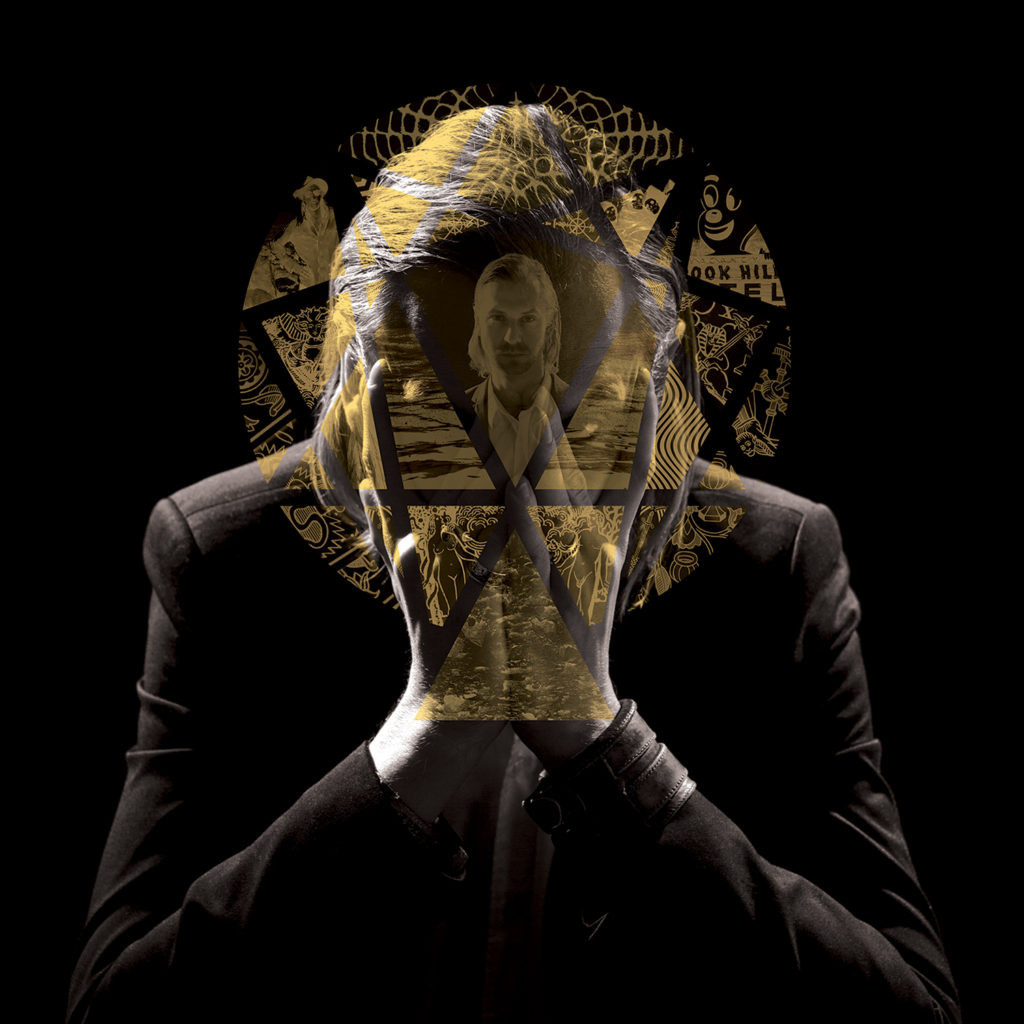 Kieran Leonard has spent the past several years touring with artists such as Ryan Adams, Father John Misty, Bob Dylan, The Strokes, and Beck among others.  Now, he and his live band, Saint Leonard’s Horses, will be releasing their debut album, Good Luck Everybody, on Friday, October 14.  The album, was recorded at Stanley Kubrick’s family estate in St. Albans, Hertfordshire and produced by Nick Trepka and engineered by Jack Hobbs.

“1969 Revisited” is the newest single from the forthcoming album.  The track starts with a single piano and builds to a crescendo that sounds as if Brian May is playing with the band.  However, it’s the words that will capture you.  Clearly Saint Leonard is a wordsmith as showcased in the intricate lyrics and phrasing.  Is it autobiographical (“Leonard, are you going crazy?”) or is it a dream (“How long have I have been living 1969?”)?  Fortunately, it’s a journey the listener gets to take with Saint Leonard’s Horses and determine for themselves.

Leonard himself had quite a bit to say about this specific track:

The song 1969 Revisited is an exercise in ‘acquired nostalgia’ for a time I never actually experienced.

During the recording of the demos for my new album I was living in the Hollywood hills and experimenting with increasing doses of Yage and the viridis leaf. The upshot of micro-dosing on these brews is the phenomena of huge time dilations and the apparent ability to re-structure chronologies according to emotional and psychological topography -rather then the more regular experience of simple cause and effect that we have in our daily lives.

This lead to some very interesting ummmm tangents in my songwriting, also I don’t drive so I was often stranded up there for days on end, playing the same records on repeat and trying desperately to piece all these sensations and impulses together into a ‘coherent contemporary musical statement’, and trying very hard not to freak out.

What this manifested as was the unsettling late-night sensation of  Living in two time lines simultaneously. Certain values extracted from 60’s and 70’s pop rock culture have taken on for me an almost ritualistic quality: art, music and historic moments experienced through the twisted lens of endless internet fed nostalgic modern mass-culture has irrevocably warped my inner mechanism, and it’s this weird pathology I see in lots of people living in this current golden age of STREAMING. The Past is no longer the past, the whole visual history of the 20th century is accessible in one youtube search.

The song operates as a time machine, an incantation to open a portal. Also it turned out to be remarkably accurate verbatim diary of a sequence of strangely awry romantic encounters in my life. Combining these elements with a rising sense of paranoia and insecurity around often spiraling and inalterable global events, throw that in with the strong hunch that it’s possible through Dionysian rock & roll to communicate along many potential future and past dimensional time-spaces at once and you come up with something that sounds remarkably like ‘1969 Revisited’.

Good Luck Everybody is out October 14th. It is available for preorder now.