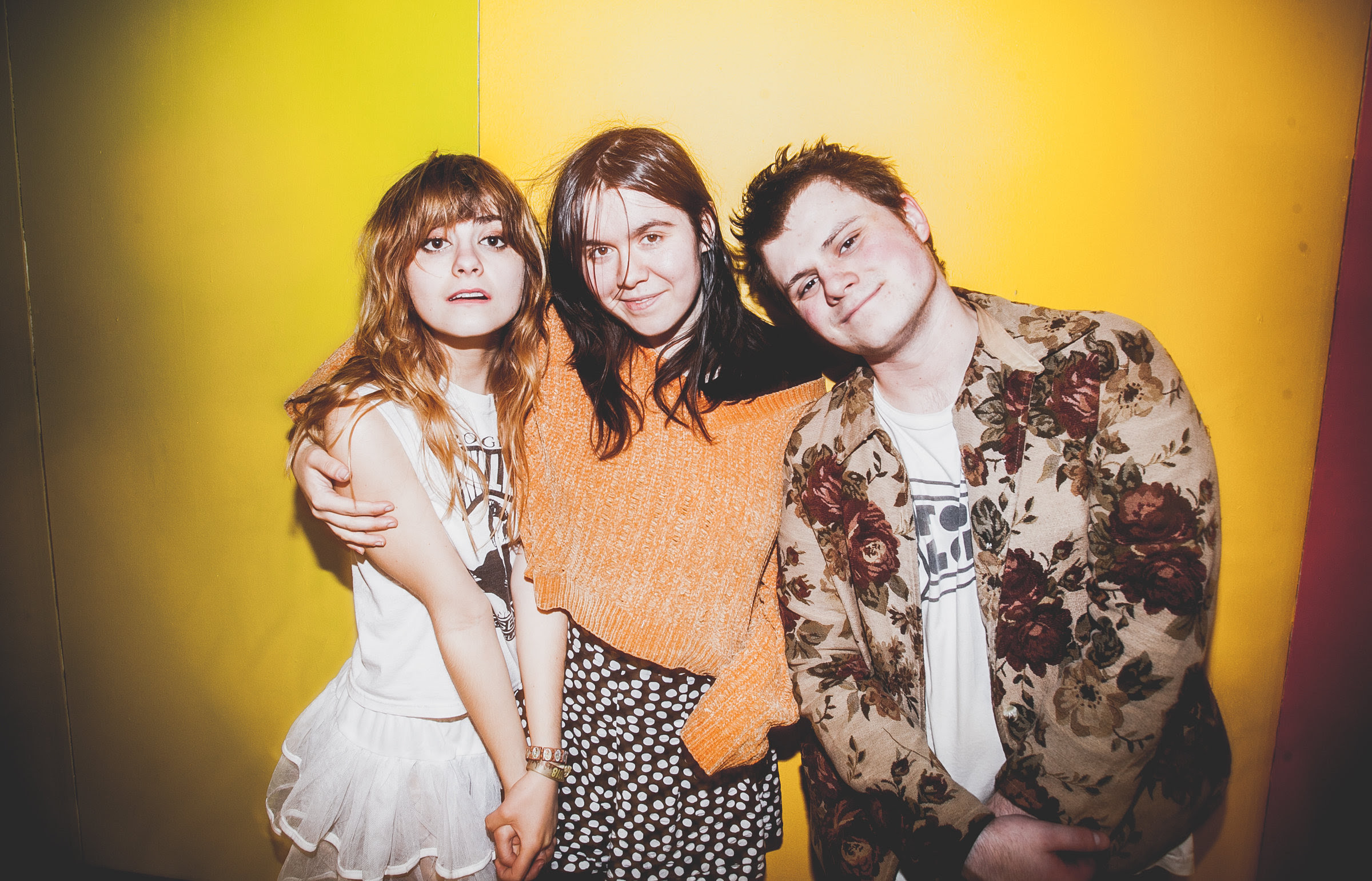 Oklahoma City garage rockers Skating Polly have been one of the most exciting rock bands in the game for a while now. They’ve been at it since they were all young teens, and now nearly a decade into their career, they’ve expanded and refined their thrashy grunge-leaning impulses, channeling the best of the Riot Grrl era as well as nuanced indie-rock singer-songwriter stylings. Last year’s album The Make It All Show was a thrilling ride, and “Flatwound Strings” ended up being one of our favorite tracks of the year. Their live pedigree is even more impressive; they’ve opened for legends like Babes In Toyland and X (later this month), and co-headlined tours with peers like Charly Bliss, Potty Mouth, and Starcrawler.

Now the trio has released a fiery new one-off single called “Play House.” It’s a rip-roaring adventure with heavy power chords, throttling percussion, and singer Kelli Mayo’s impressive, guttural vocal wail. It’s got a throwback ’90s punk rock slant to it, with a pulsating bassline that injects a playful, primal energy to it. It’s also a nice change of mood for Skating Polly, whose last album was full of very serious and vulnerable songs coming from a personal place. On the other hand, “Play House” is a wild and fun detour, and all about “how fun it is to act like a child,” says the band. Listen to it below, and be sure to check out Skating Polly on their upcoming tour, which culminates in a performance at the Vans Warped Tour 25th Anniversary in late July.