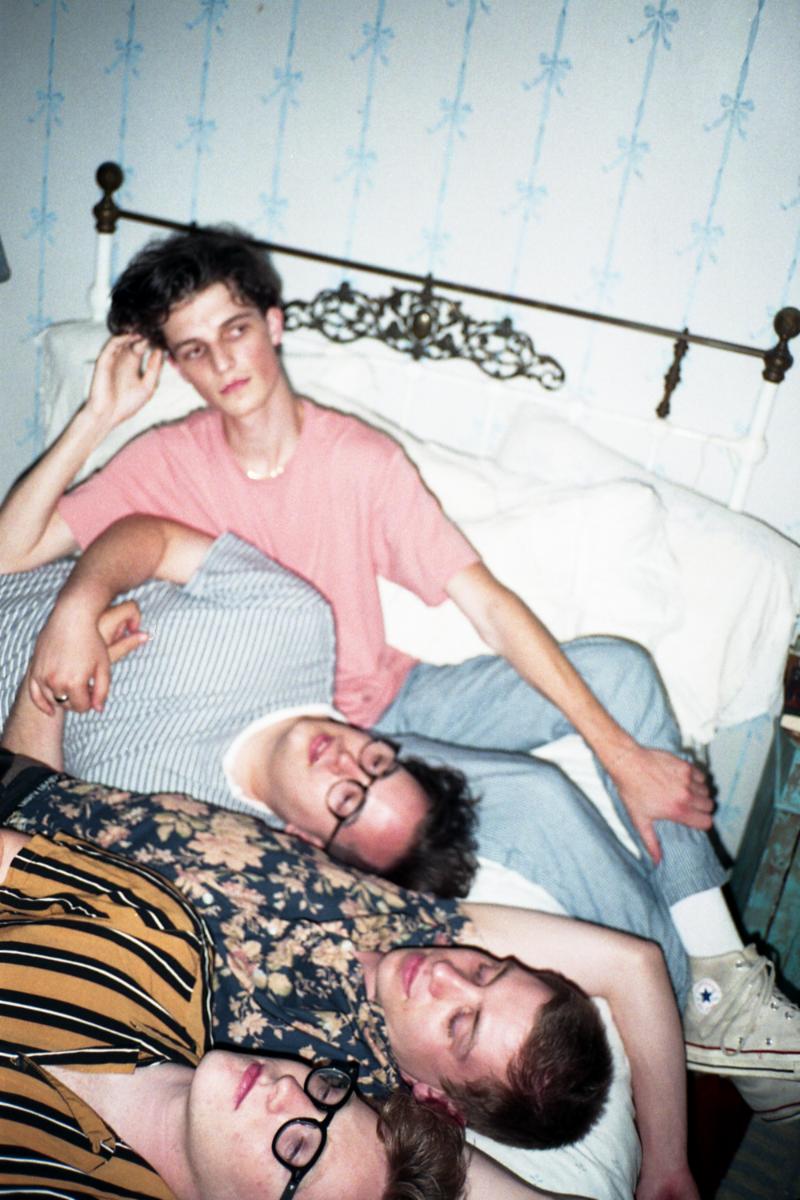 In the past few years, Slow Hollows frontman Austin Anderson has stepped out of his creative comfort zone with collaborations on Frank Ocean’s “Self Control” and Tyler, The Creator’s Flower Boy. Aside from being terrific pieces of music, these collabs have also instilled in Anderson a growing knack for smoldering production and poignant songwriting. Thus, his latest work with Slow Hollows has felt like a real step forward for the Los Angeles musician, and the band’s forthcoming album Actors looks to be an enthralling effort. Ahead of that record’s release at the end of this month, Slow Hollows have now shared a Tyler, The Creator-produced single called “Heart,” and it represents a real flagship moment in the group’s evolving career.

“Heart” is actually an older track in Slow Hollows’ discography, but for Anderson, it was well-worth revisiting and putting new touches on. With Tyler on board, the song’s production now feels more lush and ethereal, with swelling synths and wondrously chimey keyboards that ebb and flow in hypnotizing ways. Originally a slower and more meditative ballad, “Heart” now leans into a propulsive mid-tempo groove rounded out by pulsating percussion, shimmering guitar riffs, and driving basslines. Meanwhile, Anderson’s crisp vocals hover over the beautiful R&B-tinged soundscapes to riveting effect. Overall, it’s a moody, shapeshifting indie track that hits stratospheric emotional heights, and a true creative leap forward for Slow Hollows.

“It was good to be able to work with Tyler in a different state than his own music,” Anderson says of re-recording the song. “It felt validating to know that this close friend trusted my ideas enough to help with my own music.” Both artists are on an absolute roll in 2019, and that creative train doesn’t look like it’s slowing down anytime soon. Tyler’s IGOR is one of the year’s best albums, and Actors certainly looks like it will join those ranks. The LP drops on October 23 via Not Another World. You can pre-order it HERE, and give the phenomenal “Heart” and listen below.