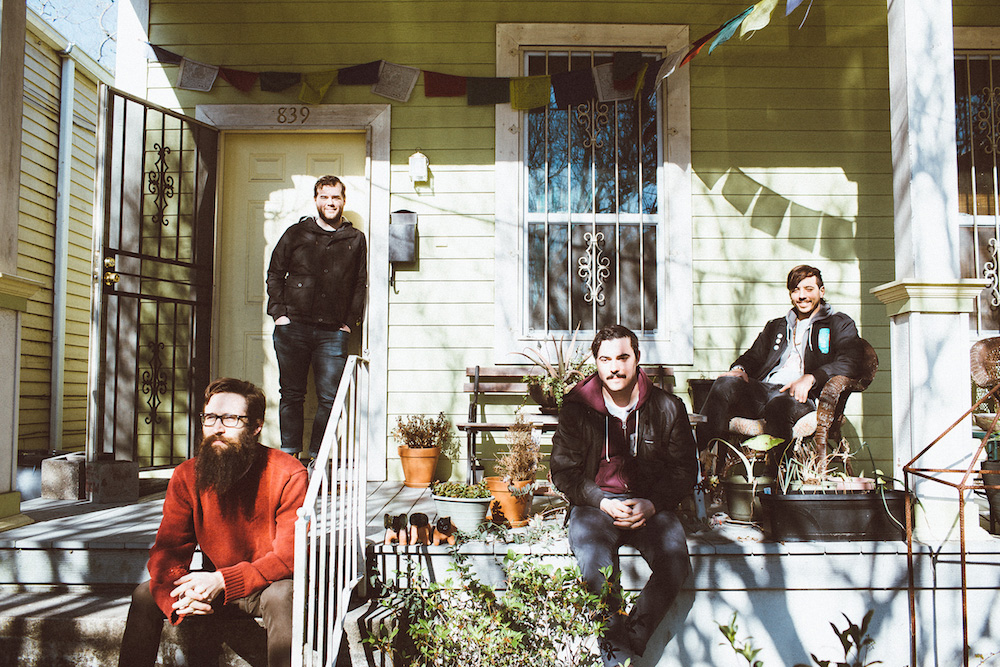 All People make good on their name. The four-piece is led by the founders of Community Records, the New Orleans label that’s home to bands like Caddywhompus, Gland, and Designer, with a track record of embracing diversity and strangeness—and it’s only natural that these guys follow suit in their own sound. Since 2011 they’ve grown a sprawling collection of post-punk songs that are grungy, emotionally invested, and plenty weird. With their eponymous third full-length, they’re only extending the Community ethos of keeping the door open and letting stray sounds in.

Between the drive of dark post-punk keyboards and more direct grungy guitar rock, All People pay respects to a number of genres without ever admitting themselves fully into the fold of any one. Half of “Moonsteps” is a crushing gothic keyboard line over a blast of distorted guitars while the other half’s vocal harmonies cross into pop punk territory. The constant crossover works in their favor, granting renewed energy over the course of the nine tracks. Greg Rodrigue and Daniel “D-Ray” Ray share vocal duties on the record, and their gritty voices bleed feeling, keeping with the heaviness of the record’s themes. D-Ray says that All People deals with “the light at both ends of the tunnel. Life and death. Trying to stay positive and not succumb to depression.” Rodrigue added:

A lot of the songs that I wrote lyrics for on this album are based on my struggle with panic attacks, mental illness / anxiety, and incidents of death and suicide from people that I have been close to. The lyrical themes also touch on my perception of our human nature. We often have little control over some situations and circumstances in our lives, and at times I have naively overestimated my ability to shape my own reality. Over the years it has resulted in frequent depression and frustration, and some of these songs that I wrote are attempts to remind myself to let go, as well as find positivity through connectedness to others.

The first half of the record is a frenetic internal search marked by solitude and frustration with waning trust in a relationship. But the band reveal their range with a marked shift that comes sometime around the midpoint, a cooling down and easing up. With glowing synths and brazen horn solos we’re eased out of the anxiety and into a less cluttered space. By the cleansing instrumental “New Rain” and the warm, steady horn outro in “Of You”, we can breathe easy again.

All People is due out May 18 on Community Records. You can stream the whole album below, and scroll down for All People’s summer tour dates.

May
31 Birmingham, AL at DISCO