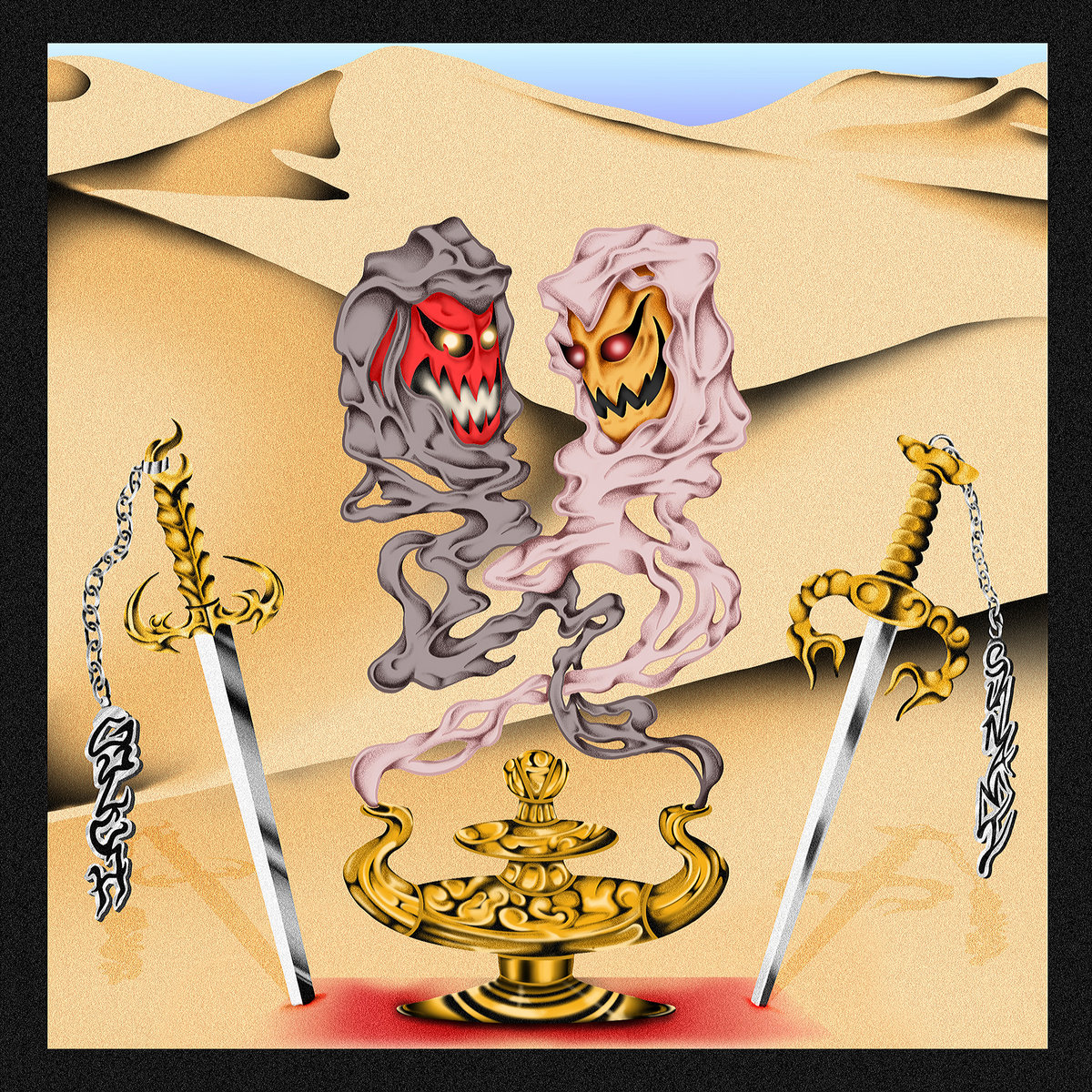 Sunami is one of the current titans of the San Jose hardcore scene, with last year’s gut-punching self-titled EP signaling big things for the group. Gulch, meanwhile – which shares members with Sunami – is one of the best bands in the world right now, period. Last year, their debut LP Impenetrable Cerebral Fortress solidified their rise to the top of the hardcore and metalcore scenes. We included it in our Top 50 Albums of 2020, describing it as “bilious and acrid,” and a “completely dyspeptic catharsis of an album that deserves as much attention as it has received.”

Well, then you can consider us doubly excited now that Sunami and Gulch have joined forces to release a fiery, bone-crunching new split EP. The record features two new tracks from each group. For Sunami, that includes the pummeling, sludgy mosh pit rippers “Step Up” and “Die Slow.” On the flip side, Gulch’s “Bolt Swallower” and “Accelerator” are classically chaotic and unnerving, featuring insane riffs and time signatures that have become the band’s bread and butter. “Bolt Swallower” is a particular highlight, while all of the songs on the record manage to expertly channel the ferocious, unspooling energy of the bands’ live shows.

You can purchase the Sunami/Gulch Split 7″ HERE and sample it below. And please, whenever live music returns, make Sunami and Gulch your top priorities.