The Callous Daoboys – “What is Delicious? Who Swarms?” 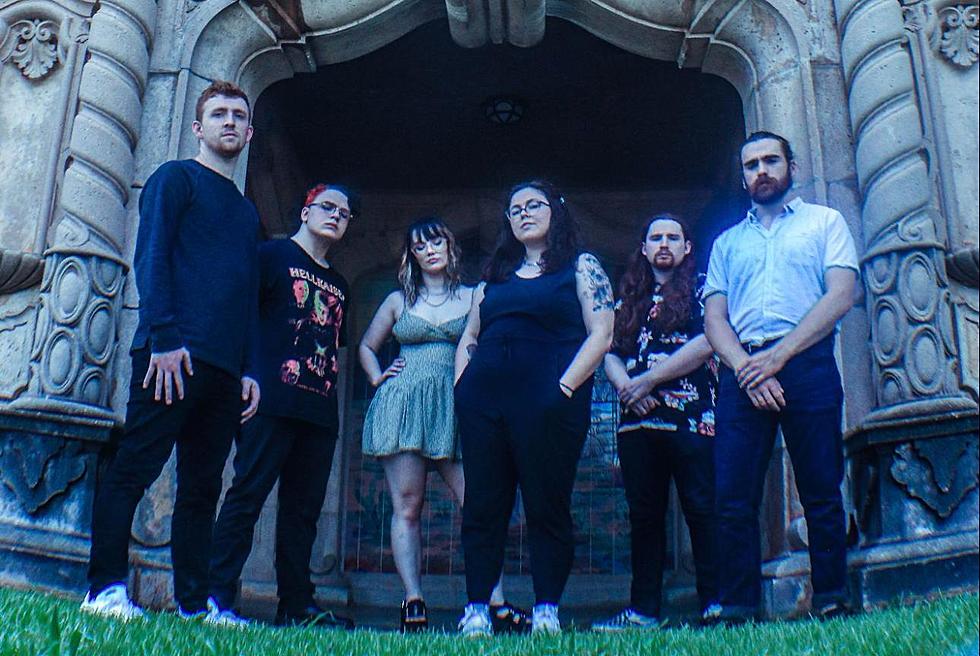 For the past few months we’ve been getting to know The Callous Daoboys, an awesomely-named rising seven-piece band from Atlanta that conjures up a jittery, teeth-grinding blend of metalcore and mathcore. Picture a whimsical hybrid of Dillinger Escape Plan, Every Time I Die, and The Chariot. Back in March, The Daoboys released the pulverizing single “A Brief Article Regarding Time Loops,” one of the best heavy tracks released all year. Now they’re riding the buzz of a new single that perhaps goes even harder: “What is Delicious? Who Swarms?” And to top it off, they’ve finally announced the upcoming release of their highly-anticipated sophomore album Celebrity Therapist – out September 2 via MNRK Heavy/Modern Static.

Whereas “Time Loops” was a spastic slice of metalcore, “Who Swarms” is a proggier affair full of whiplash-inducing time signatures, rapid-fire rhythms and clean, stratospheric hooks. In addition to the band’s spindly mathcore riffage, they inject the track with quirky jazz textures and towering choruses in the vein of Panic! At The Disco meets Glassjaw. Here, they combine their go-to sonic palette while ratcheting up the theatricality several levels.

On the heels of this fantastic single dropping, and the forthcoming arrival of Celebrity Therapist, The Callous Daoboys’ singer and keyboardist Carson Pace elaborated on some of the album’s themes via Bandcamp:

“The whole album is about history repeating itself and how we kind of move in circles. It’s two steps forward and three steps back with a bunch of people in my life. The album is me reflecting on these people but realizing I’m guilty of the same at the end of the record. There are a lot of ‘fuck you’ songs because every heavy band likes writing those. But overall, the lyrics are more introspective and quite loving.”

You can pre-order The Callous Daoboys’ Celebrity Therapist HERE and check out the video for “What is Delicious? Who Swarms?” below, in addition to the tracklist and upcoming tour dates.