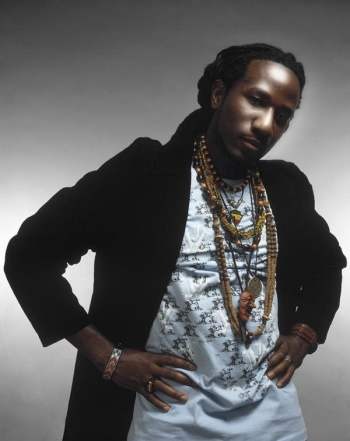 I woke up this morning to synth-bullshit hip hop across the board. The new Lupe Fiasco song is softbatch, the new Drake is bubblegum and the new Eminem is sweet tarts. It was a sour-faced a.m. until I heard Toki Wright channel the living spirit of Chuck D.

The Public Enemy original was written as a statement against Arizona for its refusal to recognize Martin Luther King Jr. Day. It's time more people follow in Toki's footsteps and start rocking “W.W.C.D.D.” (What Would Chuck D Do) bracelets. Toki Wright's update to a P.E. classic was written in a mad-dash to speak out against Arizona's continued negligence in racial sensitivity. This time around it's Senate Bill 1070, which not-so delicately legalizes racial profiling by demanding that immigrants carry documentation and awards police the authority to request those documents by “reasonable suspicion.” Can't truss it!

Here's an excerpt from Toki Wright's letter to the people, courtesy of 2DopeBoyz, on the process of recording “By The Time I Get To Arizona 2010”:

By 2:30 I contacted BK-One to locate the instrumental that he used
elements of in Brother Ali’s old set. BK was on the road and said that I
would have to piece it together from the original Mandrill and Jackson 5
songs. Not having any luck finding quality versions of either I went
in a did some Frankenstein cut and paste work to the original P.E. version.

By 4PM I was done piecing together the beat. By 7pm I rewrote the
song with updated information. I wanted to follow Chuck D’s exact
cadence so I had to go back in line by line. By 8pm I was listening to a
rough vocal. By 10:00pm I was in the studio with Reggie Reg. The
process included going in and listening to Chuck, trying to match his
scheme, and recording my version. Wash, rinse, repeat. By midnight the
vocals were recorded. By 3am we added all the bells and whistles and
here is the finished product.

All day I’ve been saying “hell…I’m going to get in trouble for this
one.” But you know what? The truth needs to be told. Biting your
tongue only makes you hungry and your mouth hurt. Hope you enjoy it.
Pass it along.