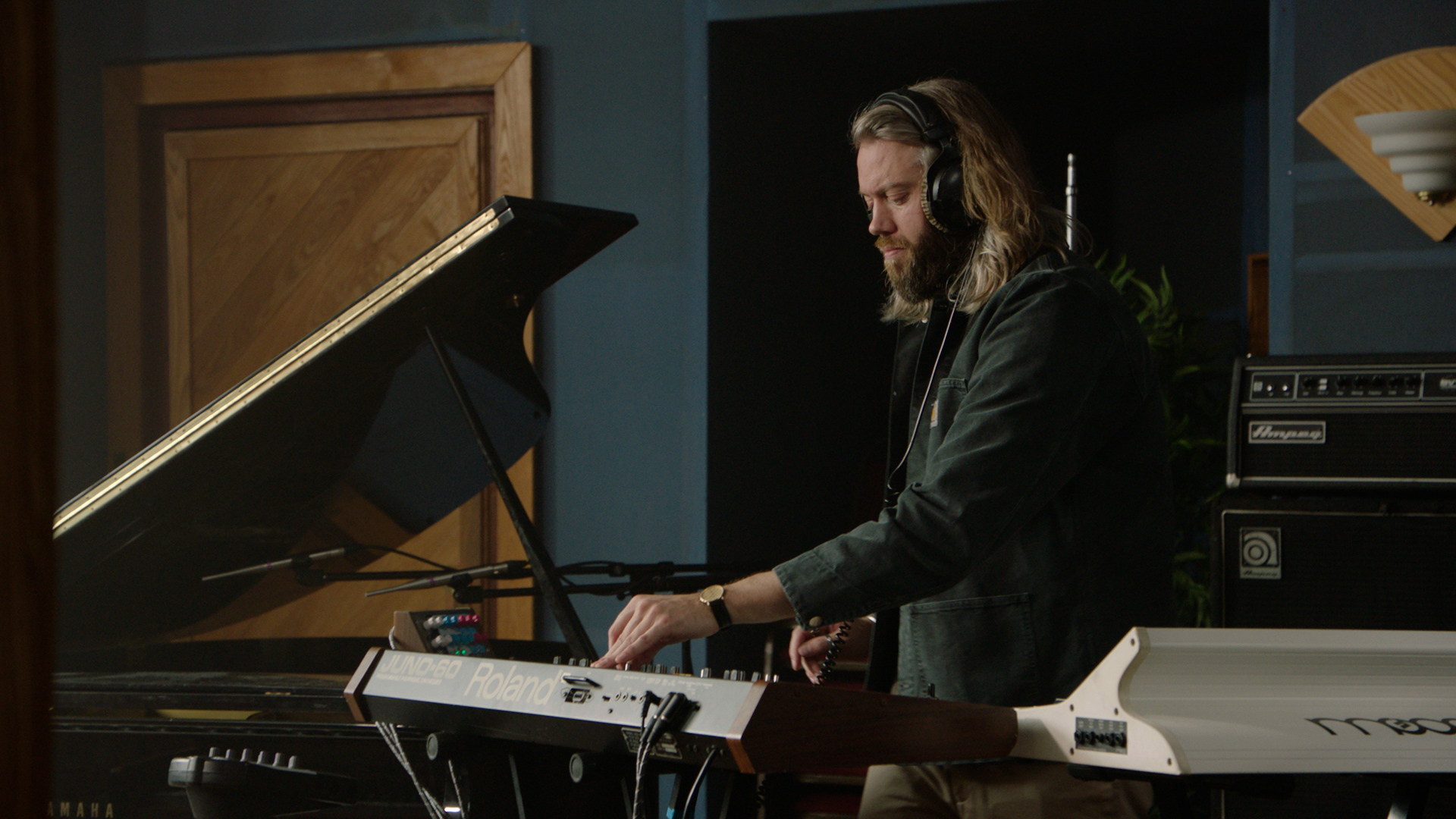 The recording and video were shot live at Grammy-award winning studio Parr Studios in Liverpool. The video sees a focused Ashbrook calmly explore his way around several keyboards and pianos accompanied by his talented fellow musicians all creating a lush wall of sound filled with guitars, drums, cellos and violins. This is musicianship at its finest, and Ashbrook has surely outdone himself by bringing his sophomore album to life.

Speaking on the performance, Tom Ashbrook states: “I’m so proud to present the live performance video, shot to 16mm film at the beautiful Parr St Studios. It felt such a privilege to record there with my best friends as the last ever session before it closed its doors. The live video is a microcosm of the album and concept Solitudes, I hope you enjoy.”