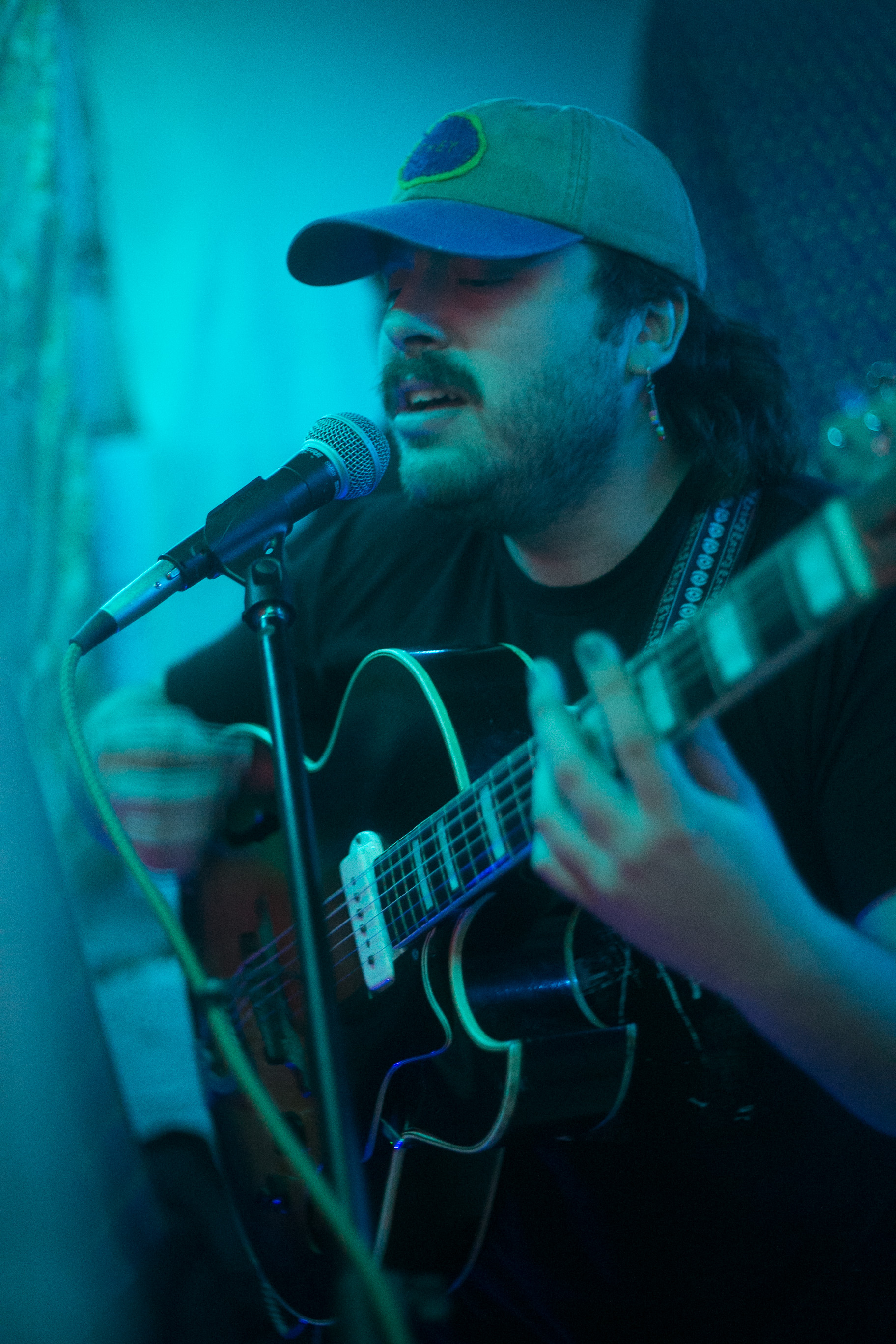 Winnebago Vacation is a goth-tinged folk act from New York, and the solo project of TOP Nachos singer/guitarist Eli Frank. Under the moniker, Frank churns out searing indie-folk tunes that fuse elements of experimental rock and synth-pop, packed with introspective lyrics touching on gothic themes of romanticism, isolation, and perseverance. Today, Impose is proud to premiere “Break Down,” the poignant new single from Winnebago Vacation, and the latest taste of forthcoming debut album Camp Somewhere – out August 20 via Lonely Ghost Records.

Here, Frank’s sleepy guitar riffs, melancholic vocals, and understated rhythms clash in hypnotic, meditative ways. Also, flickering percussion and shimmering synths round out the track’s bouncy and buoyant soundscapes. It’s an emotionally riveting song that looks ahead in the wake of intense change, while also longing for a Romantic past. “I wrote this song while sitting alone in my partner’s house that they were about to move out. They had been there their whole life and for me that was so strange because I’ve moved so many times,” says Frank. “The song is about moving on, beginnings and endings. Persisting when things in life change and you don’t want them too.” Overall, it’s a delicate and heartfelt folk-rock ballad, and a sign of major things to come for Winnebago Vacation.

To help celebrate Camp Somewhere, the group will perform a record release show on September 19 at New York’s Trans Pecos along with other exciting DIY acts like Nervous Dater, Verdigrls, Debbie, and more. Don’t miss it. You can pre-order Camp Somewhere HERE, and listen to “Break Down” below via Soundcloud.