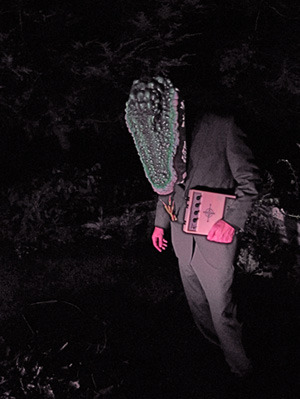 Animal Collective member Dave Portner a.k.a. Avey Tare will release his first official solo record, entitled Down There, on October 26, 2010.

All nine songs were recorded by bandmate Josh Dibb in Upstate New York this past June.

Apparently, it's supposed to sound like a combination of that nightmare gondola ride from Willy Wonka's Chocolate Factory (I mean the good one with Gene Wilder not that Tim Burton abortion), haunted boats, “alien death worlds” and Portner's passion for crocodiles. If that tells you nothing, then we are in the same haunted boat.