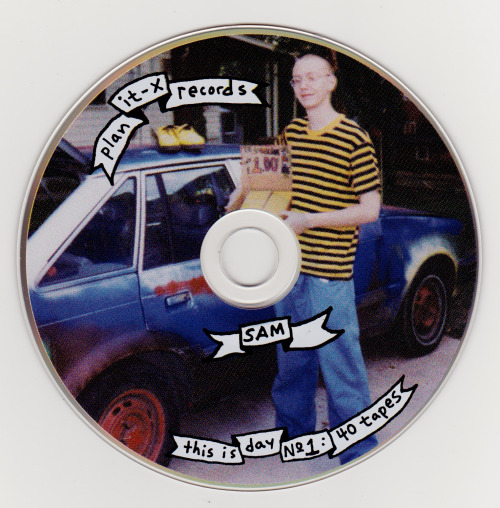 “It is not financially possible for me to do this anymore,” Clavin writes. “In my opinion [the] concept of the record label is no [longer] needed. Bands can do it themselves which is what this scene has always been about for me.”

Clavin, who’s performed solo as Captain Chaos and as a member of Ghost Mice, founded Plan-It-X in 1994 alongside the organizer and activist Samantha Dorsett, who died in the Bay Area in 2009. As Clavin recalled in a tribute, Dorsett named the label and coined its catchphrase, “If it ain’t cheap, it ain’t punk.”

In that spirit, Plan-It-X maintained the lowest possible price-points on its titles; its current catalog lists CDs at $5 and LPs at $12.

The label, which began in Indiana and relocated to Washington and Florida at different times, is best-known for its output of so-called “folk-punk” acts, including This Bike is a Pipe Bomb and Defiance, Ohio. Further, Plan-It-X released music by The Blank Fight, Shotwell, and Against Me. In more recent years, the label launched an annual festival, which raised money for charities.

Clavin’s statement doesn’t mention Plan-It-X South, an imprint operated by Teddy Helmick of This Bike is a Pipe Bomb, though the sister label has been inactive since 2012.

Clavin notes that he’ll shutter mail-order in the coming months. Extant Plan-It-X goods will then be available through label and distributor by No Idea.

Plan-It-X released over one hundred titles.