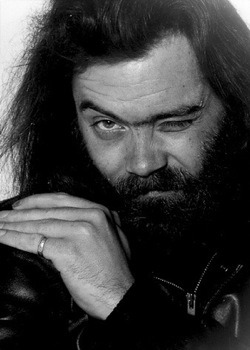 The most relevant track on the new Roky Erickson/Okkervil River collaborative album True Love Cast Out All Evil is also the one that's pulled most directly from Erickson's stint in Rusk Maximum Security Prison for the Criminally Insane in East Texas back in the early 70s.

Smartly slipped onto the collection as the lead-off track, “Devotional Number One” features a haunted Erickson and his guitar, with strings dubbed on. It's “lo-fi”, certainly, before that was ever a pleasing descriptor. More importantly, it's the raw product of where much of the album purportedly comes from: Erickson's previously unproduced collected works. Will Sheff received a batch of 60 tracks or so, and True Love is the resulting editing-down, re-recording, cheese-coating process.

The recordings on this album are strident on that point: True Love is indeed collaborative, with Okkervil River's Fleetwood Mac with a guitar freak just as pertinent as Erickson's original designs. That's great, but it's never going to have the same aura as that opening demo tape.

Track two, “Ain't Blues Too Sad” is case in point, throwing us straight back into Rokkervil 2010, with a slide guitar, a heavier Texas twang and a classy vocal mic. This is the formula, and it will take you through the next forty minutes (though an old recording peeks out here and there, like at the end of “John Lawman”).

To be fair, this is what Roky Erickson should be doing right now. If it sounds a little adult contemporary, that's because everyone on the project is a sane adult, trying to contemporize thirty and forty-year-old music. It's pulling original tracks from the jaws of Erickson's past schizophrenic delusions and mad passions and reshaping them into smoothed-out rockers and ballads. This isn't a cover up or a form of medication, it's not shoring up against a relapse, it's not a re-release of The Holiday Inn Tapes. It's a slick country album.