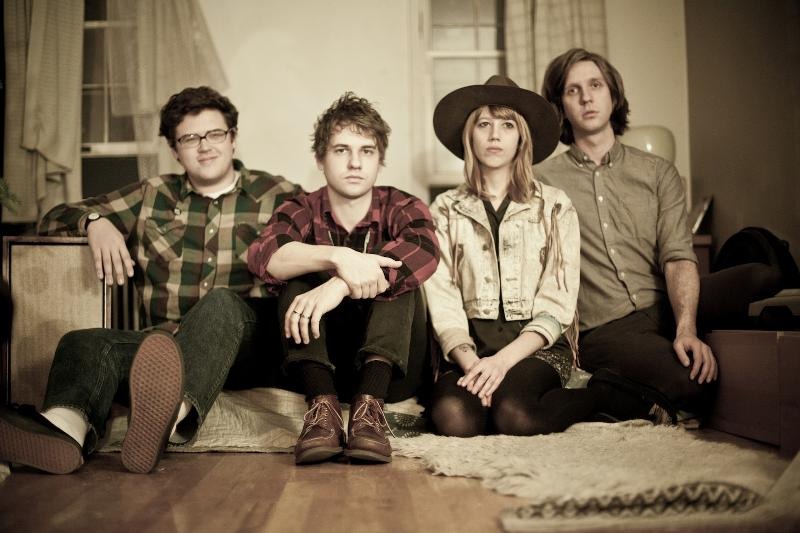 Behind all the jangle, bubbling guitars and feathery vocals, there's something truly sinister in the Babies new song. “Moonlight Mile” sounds sort of like getting lost along a deserted and dusty road after a long night of partying. As vocals coo, there is an alluring and seductive mystery to the night, but the guitar chords remind that dark holds evil. Kevin Morby's lyrics imagine how, “you better watch your mouth,” and “who you're talking about” on this 'midnight mile'. This adds a sour side to the near sweet quality of the song. When the striking guitar line is played during the end, its as if the listener has been kidnapped along this “Mile” by some haunted and guitar-slung ghost.

The Babies are releasing their new LP Our House On The Hill this fall via Woodsist. The “Moonlight Mile / “Places” 7″ is out now in a run of 1000 copies on Woodsist as well. You can stream “Moonlight Mile” below.
PrevPreviousSpook Houses, “American”
NextSacred Bones Releases Eraserhead SoundtrackNext