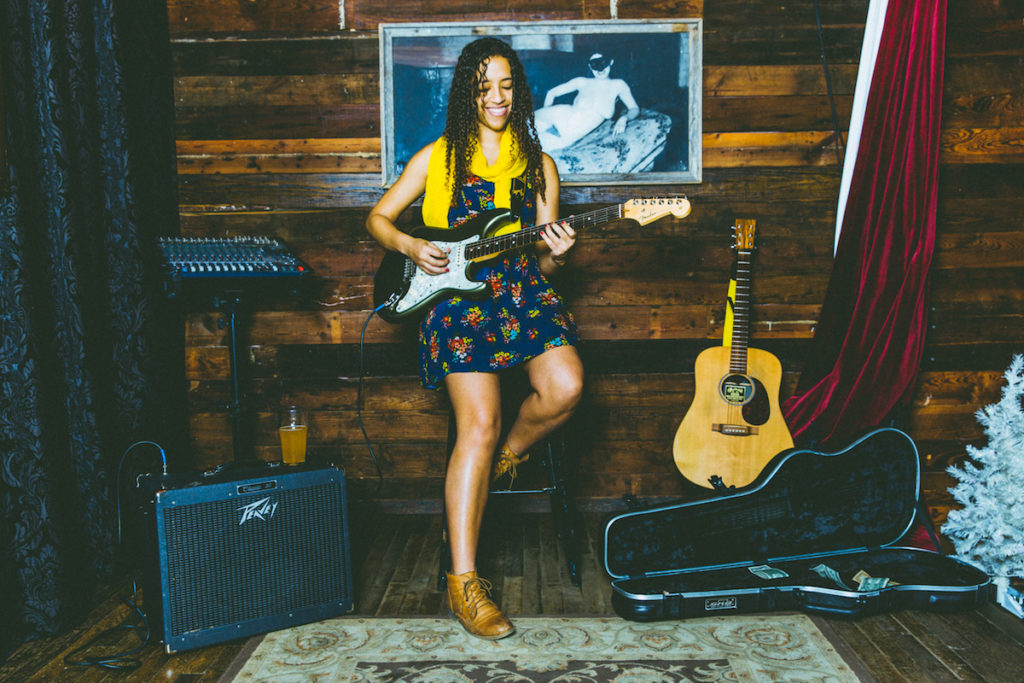 Austin-based indie blues artist Jackie Venson is absolutely killing it as of late, releasing a live collection of her songs last fall. The insanely beautiful part of it all is that the sound is almost identical to the in-studio work she’s done, which highlights her as a very real and down to earth artist. Her compositions glide effortlessly, intertwined with her smooth vocals.
As she takes a little time for herself at the moment, Jackie has chosen to curate a heartbreaking playlist for us, which includes some of the most notorious names in music. These artists have undoubtedly had an influence on Jackie and her work, so it’s a breath of fresh air to be reintroduced to the tracks in this playlist. Says Jackie: “‘heartbreak & acceptance’ is a playlist about getting crushed but also being grimly okay with it.”
Aretha Franklin – Never Loved A Man
So yeah maybe the man treats you like ish and it breaks your heart every day but when you’re crazy about someone nothing makes sense. All is fair in love and war friends! Aretha is woman enough to accept it, however I don’t recommend this in real life – leave his sorry butt!Alicia Keys – Where Do We Go From Here
Not only is the melody beautiful, Alicia’s passion truly shines through on this one. It’s that in-between phase of the end of a relationship where you’re surely heartbroken and you feel lost and defeated but you know you’ll get through it.
Black Keys – Psychotic Girl
Whipped and he knows it! We joke about guys that go through this but honestly as a woman I like to consider how much it must suck to be at the mercy of a crazy chick. He does certainly accept it, no doubt about that, however he does sound as though he’s going to at least attempt to keep it under control.
Lauryn Hill – I Used to Love Him
This is one of my favorite songs to listen to when going through a heart break because she’s singing about it past tense. It’s as though she remembers exactly how it felt and how much of a trauma it was but has gotten past it and learned from it. It’s a more hopeful tone than other heartbreak songs
Martin Sexton – Can’t Stop Thinking Bout You
Ain’t nothing worse than being at the mercy of someone else. This guy thinks of the woman as a disease poisoning his mind, he needs a cure! But there is no cure to be found he’s just gonna have to live with it and fight it every day cos he knows she ain’t good for him. Oh buddy, really hits close to home for me.
Stevie Wonder – Yester-me Yester-you Yesterday
This is one of those songs that sounds happy but then when you listen to the lyrics it’s pretty sad. Stevie accepts how things have changed however it doesn’t stop him from being totally bummed about it. I believe it’s one of the stages of grief, just being bummed, and it’s healthy to let yourself feel that.
Teitur – Shade of a Shadow
Surrendering to the inevitable, admitting you’re the one that messed everything up, this takes a strong person. I always loved this song for that. His apologetic tone and gentle willingness to redeem himself.
___
Keep up with Jackie here.
PrevPreviousElsie and The Vibe, "Movements"
NextSeven Day Sleep, "Metal Music Monday"Next