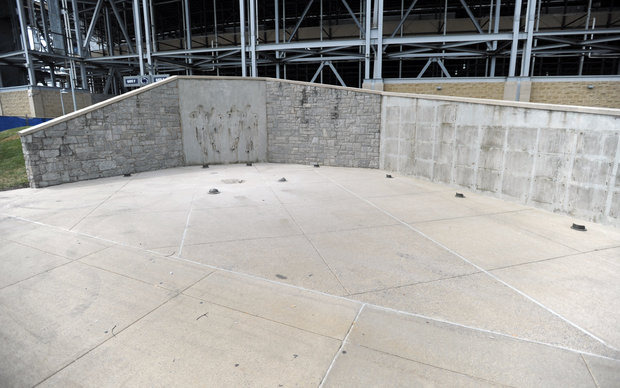 Welp, that’s it. I think I’m done. What started out this summer as what I had assumed was a small case of my annual SSAD – Seasonal Sports Affective Disorder – has ballooned into a major and irrevocable depressive episode.

The shortened NBA season probably should’ve been appreciated for its prophetic nature: labor disputes at morning, NBA fans take warning. But thanks to the condensed schedule providing nonstop action for several months, I was able to fully invest myself into the season. It was only after Miami did the inevitable and we got a chance to cry with Kevin Durant and his mother, did the early stages of SSAD begin to manifest. I attempted to watch a few baseball games. Some guy pitched a couple good games for the Mets. He pitched a few more bad ones. Someone didn’t agree with someone else, players were traded, there was pine tar at one point. Baseball, for whatever reason – a single season’s lifespan lasting longer than most invertebrates, you can be hall of fame caliber while still being morbidly obese – is one of those rare cases when a college student closes his eyes, pinches his butt hole and says in a slow, breathy whine, “You know, I like the idea of it more than the actual thing,” is actually true. I’m not here to talk about how boring baseball really is, though. How we should all just be content to watch The Sandlot at the drive-in once a summer then call it a night. How baseball is just the vehicle for unchecked amounts of cheap beer and hotdogs: it is the tortilla chip to the finely curated salsa and guacamole combo.

It’s just that about this time of year, trade talks in the NBA quiet down (or I stop listening – If Old Man Allen signs with the Heat and no one is there to Tweet it, does he still get a butt-load of money?), my fake genuine – mostly fake – enthusiasm for Wimbledon has long since been put back to bed, and the only football news I seem to find is someone from the Cowboys getting arrested. All, then, combined with America’s past time make for a prime summer of SSAD.

Most years, I just turn on ESPN Classic and sleep with the white noise of real athletes and false memories of games being played without the influence of money, industry, blah and blah until football season starts.

But I just don’t know.

My little cousin told me about a metal show he went to last week. “The speakers were huge! All the way to the ceiling!” I smiled, expressed disbelief. Internally, I argued the lack of necessity for such a display. The noise levels surely couldn’t be safe. Weren’t there better uses for that electricity? Then I remembered being fifteen, I remembered never critically engaging with anything. I remembered being a little Joe Paterno and how awesome it truly was.

I realized that even if my SSAD dissolved to a dot on my rearview mirror until I could no longer see it, let alone feel it, I don’t think I can do another year of watching sports guilt free.

We all have a little JoePa in us, but I can’t do it. I’m sorry. The biggest controversy surrounding college football is whether or not we can effectively implement a playoff system (they’ve solved that issue, thank god!). A less than proportionate amount of copy has to do with real issues like the dangerous influence of sport on our society and how a host of our college athletes aren’t really getting the college education they’ve earned or that if they are, they aren’t being held accountable as students first because there’s not the automatic benefit of someone doing well in the classroom as there is with someone doing well on the field or court. And then we get, on occasion, stories such as Dasmine Cathey’s miseducation, and now that he has served his duty to the university they are free to let him disappear into the world of beer delivery because as long as the school’s APR ranking is fine, it doesn’t really matter and there will be five more Dasmine Catheys running fartleks this offseason. And of course this is the broad brush with which my liberal savior complex has given me to paint, and there are intricacies I’m too lazy to really figure out, but something is wrong, right?

And as I’m idling from article to article about what to do or not do regarding paying college athletes, an advertisement for NCAA Football 13 takes over my screen.

Robert Griffin III and Barry Sanders (in his collegiate incarnation) take my attention. The game runs around $59.00, to which obviously the college athletes used to sell the game will see none of. It’s an argument, which is so heavily trafficked, that it’s beginning to feel less sturdy rather than a necessary debate. Which is too bad. Especially considering the reports which have come out detailing the amount of money an individual athlete can produce for his (his rather than his and her, for football and men’s basketball are the real cash cows) school.

And then the great episode of Penn State Football: how lovely the opportunity to assault years of emotional ammunition and loyalty with irrefutable facts. Just as the Bountygate scandal was losing purchase on our national dialogue, just as Drew Brees signed a $100 million dollar contract (and I exercise my liberal ‘everybody’s a winner’ passion again and question really why does one man need such a contract? Yes, I have a basic understanding: America in all her beauty has asked what right do we have to limit a citizen’s quest for wealth, and if so and so is making X amount of money but my skills are X+1, you better cut me a bigger check, son. Or something), and just as the courts are clogging up with suits and countersuits and all it really comes down to is football on the whole seems to be making all of America a shade more retarded, Penn State didn’t do a good enough job covering up a serial child molester in order to keep the money flowing and the football legacy intact.

This all to say, I wish I could go back to when my size-XL Blue Chips tee shirt hung past my knees and the scandals all felt petty and primed for daytime television. They were about intermittent drug use or Jimmy Johnson’s hair. The real crimes were reserved for the big screen. Nick Nolte and Ed O’Neill got in trouble with Shaq and Penny, but we knew it wasn’t real, that kind of disgrace only existed in a script. At the end of the day, there’s really nothing else to do but watch the “My Wish” segments on Sportscenter and wait for the Morgan Freeman Visa commercials showcasing the rare moments in Olympic history when we can turn on our little JoePa and forget about all the dirty business behind the curtain.