Drake is ready for the NBA Playoffs. Are you? 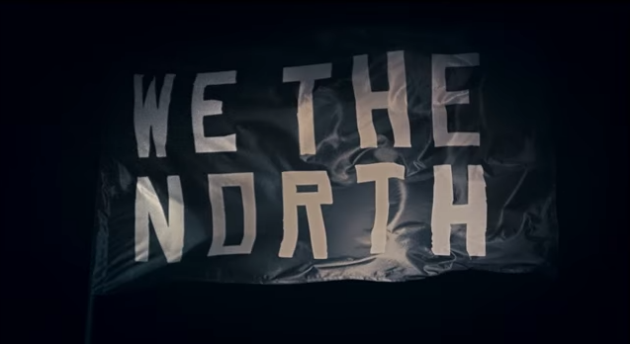 Three straight days of sixty-plus degrees in NYC and we set all our winter clothes ablaze, only to have that shimmering glass ceiling to our summer get covered up with snow. But who cares? The NBA regular season came to an end Wednesday night, the last of the bracket finally bracketed, and we all woke up channeling Jeanne Crain: “It Might as Well Be Spring.”

This is the best time of the year. We are reborn with a new supply of optimism, everyone is beginning to look beautiful again, and it's peak sports-watching time. Dig out your slip-ons and board shorts and put your two weeks notice in now.

The Pacers, on a four-season Horatio Alger arc, have flirted with the sun all season. Last year they were the plucky kids that might; this season they shouted their goal at anyone with a microphone and though they did achieve that number one seed, they've fallen on almost historically bad times since the All-Star break.

These teams split the regular season 2-2, with Atlanta completely dismantling Indiana last time out. The Hawks stretch the floor and Indiana doesn't like to double team. If the Hawks can hit jump shots with consistency this might be a long series.

Even though Indiana all but overnight-delivered the one seed to Miami's door, the Heat's inconsistency kept them from clinching the top spot and now they're tasked with fighting off the young, defensive-minded Bobcats.

We talk about Miami all season because that's what you do when a team has won two championships in a row and employs the best basketball player in the world, but real judgment has been reserved because most everyone comes from the school of “it's a long-ass season” and majors in “Miami has another gear once the playoffs come around.”

Charlotte will see an early exit, but they should get a win or two, and that should be celebrated for a team that was at one point 17-25 and hasn't seen the post-season for four years. Everyone is looking forward to the Heat/Pacers in the Eastern Conference Finals and we all talk about how Hibbert usually has Miami’s number, but Big Al Jefferson has had a hell of a season and it shouldn’t be a surprise if he eats up anyone Spoelstra puts in front of him. The last time out against Miami, he put up 38 points and 19 boards.

Drake recently tweeted out this video:

Every single player on Chicago's roster is injured or dead, yet they pulled the four seed with pure heart and will (and from playing in the East). Joakim Noah is reaching the apex of a being a really great and entertaining basketball player while having the ugliest set shot of all time. And while no one was looking, he very well may have snuck right down I-65 and swiped Defensive Player of the Year from Roy Hibbert.

Washington, though not the panic-inducing defensive presence of Chicago, is respectable guarding the ball and, with John Wall and Co. bolstered by some veteran additions, have posted their best record in nearly ten years on their way to the playoffs for the first time since 2008.

No game will feature a team scoring above 90 all series. Joakim Noah will get 5 triple-doubles. Marcin Gortat will debut his campaign for president of Poland.

Prediction: Thibs and the Bulls in 6

Oh, here we go, real basketball: The West. Everyone is still in mourning over the Suns, but we beat on, Jordans against the hardwood. Dallas put it all out in the last game of the season in an effort to snag the seventh seed and avoid the Spurs, but two last second free throws from Memphis’s Mike Conley put an end to that dream.

This series is full of old people. The combined starters have an average age of 47. It will look like you're watching it played underwater. Dirk hanging forever on to that one leg before he pushes off for a fall away jumper that has no other choice but to go through the net. Timmaay with a pump fake and kiss off the glass that comes at you with the speed of the best rec league player you'll see all summer, but there's nothing you can do because it, like Dirk's one-legged jumper, it's guaranteed.

So this is the prize for Memphis? You went to overtime against Dallas only so you could face perhaps the best, purest shooter to ever hold a basketball? Cool. Have you seen the face Kevin Durant makes after extinguishing the dreams of an entire city? The league thought by asking him not to do the “kill ‘em and pray for ‘em after the game” move we would be spared the fear. Now he just stares, and it’s akin to a scary movie before the monster reveal. It’s the peak terror.

The only thing Memphis can do is slow the game down. Get on the horn and get DJ Paul to up the supply of lean and slow this series way down. Funnel everything to Mr. First Name 20 Last Name 10, Z-Bo, Zach Randolph, and pray.

This is going to be awesome. Both teams are fast as hell, yet somehow manage to be in the top quarter of the league defensively. Blake Griffin is no longer just a spokesman for Kia, and Matt Barnes is most definitely going to fight every single person listed on the Warriors roster.
If you are twelve years old, the Clippers are the perfect incarnation of an NBA team. Their bigs are big and can complete alley-oops better than you can on any video game system, their smalls are small and pass almost as beautifully as White Chocolate. They are Hollywood, yet with Doc Rivers at the helm, still a high-functioning defensive unit. The Warriors shoot from where ever and make it from where ever, though with the recent injury to Andrew Bogut, they might be running thin.

This is basically Clippers/Warriors without the defense. To Houston’s credit, they’ve righted that end of the ship slightly as the season came to an end, but each game will still see a team top 140 points guaranteed.

Prediction: Houston loses in 6 and Harden finally shaves that pelt off his face.

Games start Saturday, April 19 at 12:30 p.m. so I hope you don’t have any birthday parties or other nefarious actions planned. One time for the Knicks, stay blessed.

PrevPreviousThe NFLPA supports a college players' union and you should too
NextThe Playoff Diaries: Skipping Coachella for hoopsNext