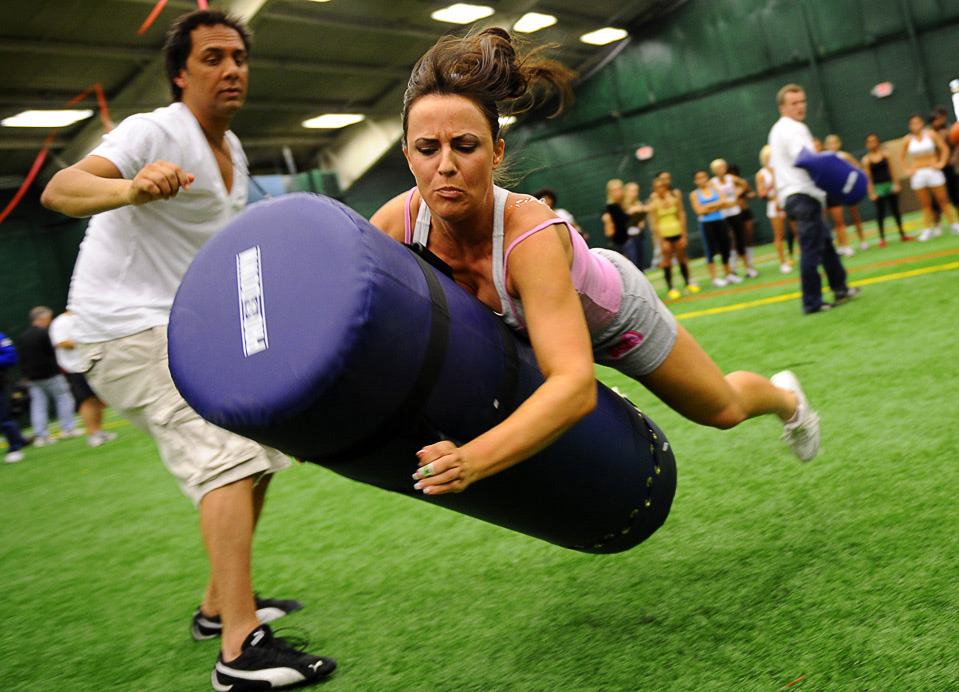 In case you were wondering, I took the week off because I was so frustrated with Eli-fucking-Manning that I couldn't bring myself to write any words about how shitty my team was doing. Well, guess what? My team rebounded with this week's highest point total despite another piss-poor performance from Eli-fucking-Manning. So put on your ball deodorant, because I'm back in the saddle baby!

That's right, I took it to our ex-pat Chris Powell with a 156.88 outpouring. And as I mentioned, that's with a QB who didn't even break nine points. The defining moment came three days before any of Chris' starters hit the field when Anquan Boldin and Frank Gore combined for 37 points on Thursday night. Just remember Chris, this is what happens when you leave the family.

As the Dallas Cowboys go, so does Pete Cavanaugh, who is suddenly streaking after an 0-2 start. It should come as no surprise that the suddenly very Megatron-like Dez Bryant is also streaking, which means his QB is putting up some big numbers as well. Of course, it helps when your third wide receiver scores 23 points, but who would've guessed he could start an injured running back and still win by over 25 points? Ah parity, a beautiful thing indeed.

Dayna, on the other hand, fell back to 2-2, missing a prime opportunity to throw it in our faces that a measly girl was taking the Impose office to task in fantasy football. We tried telling her girls were naturally inferior to men in all capacities, especially fantasy sports, but she thought she could prove us all wrong. She clearly overplayed her hand, because her strategy of leaving in players who were on the bye did not work at all. It's back to the kitchen for Dayna!

Even though he doesn't have the excuse of being a woman, Blake didn't fare any better. Poor Blake had his highest scoring output of the season and still lost to the first place Death Crystals. I am using DC's team name because we still have no idea who this guy is, and yes, he is winning the league right now. That said, Blake started Mike Glennon at QB. Mike Glennon! HAHAHAHAHAHAHAHA!

And in case you haven't been reading between the poorly written lines, everyone from Impose is currently 2-2 after Sang suffered her second-consecutive defeat. It didn't help matters that Joe Flacco threw five interceptions or that Stephen Hill went down with a concussion. Wait, let me rephrase that. It doesn't help that she is starting anyone from the NY Jets. Still, her team was decimated by the bye, and I'm sure the ship will be righted once Discount Double-Check suits up next week. Until then…

PrevPreviousWeek in Pop: Blackbear & The Surf Bums, QUARTERBACKS, So Many Wizards, Such Hounds
NextBasketball is more popular than ever, and so is gambling on itNext