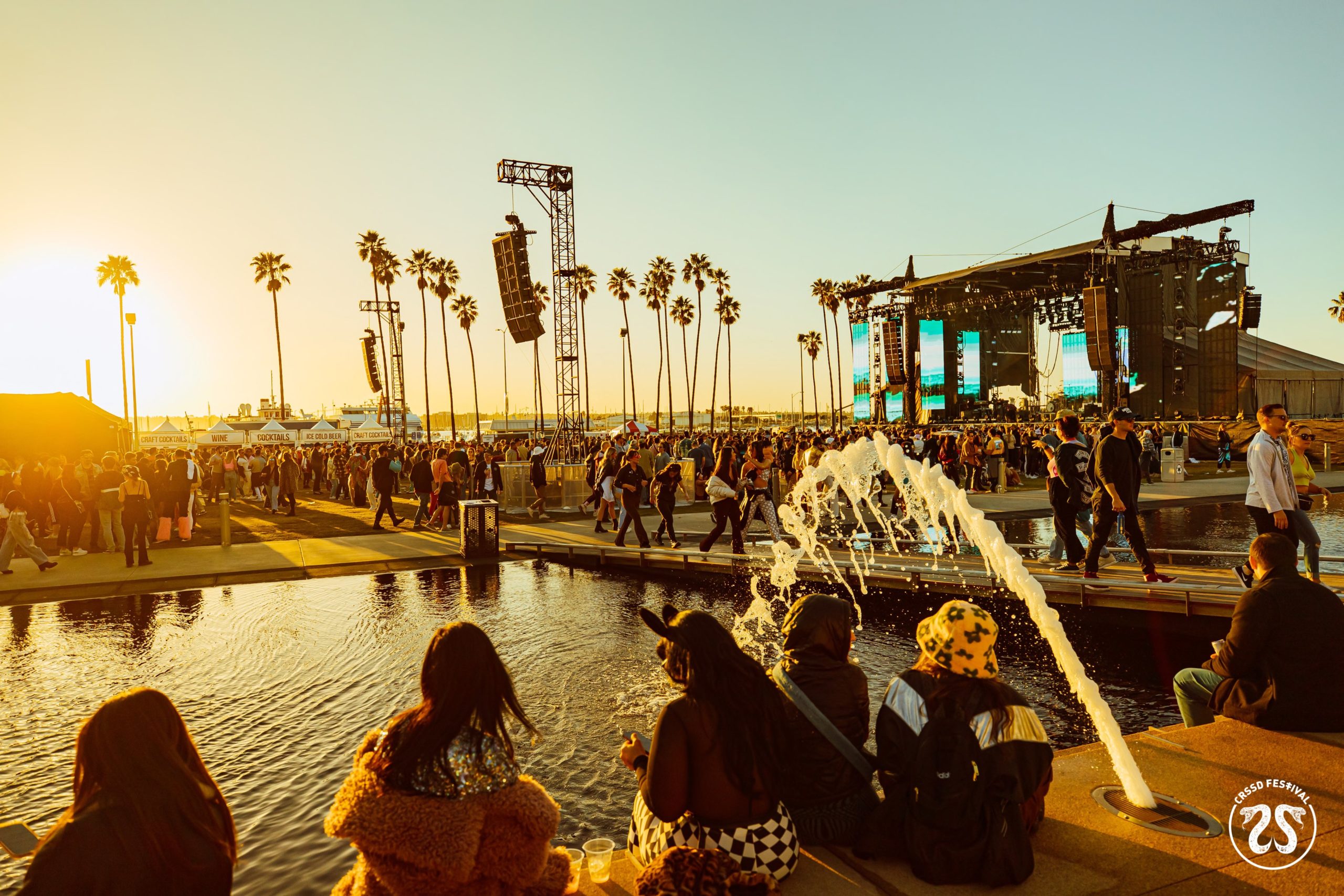 For the first spring event since March 2020, CRSSD, the biannual music festival, returned to Waterfront Park in San Diego on March 5th and 6th with one of their most diverse genre lineups throwing in bouts of disco, bedroom pop, indie, EDM, and the usual variations of house and techno. While many met the stray from usual musicians on the lineup with speculation, in the end, the range of genres offered a generous weekend of discovering new music. The best of the weekend included Four Tet, Parcels, Get Real, Gorgon City, and Nina Kraviz.

CRSSD is truly a unique festival, especially compared to most electronic-focused festivals; it’s 21 and up only, it’s not a rave, and it’s right on the bay in the heart of downtown San Diego, which adding its own unique scenic flare. Not only are the genres at the festival diverse, but the artists come to play in sunny San Diego from all over the world; Iran, Italy, Germany, the U.K. and more.

The fest’s location is easily one of the best parts of CRSSD; fountains to run and dance in, almost every craft beer, cocktail or seltzer you could imagine on the menu, and quick lines to get in. The best part of CRSSD is arguably the people that go. Everyone at CRSSD is casually cool and collected, an audience full of all different types of people that get together twice a year to wear their funkiest outfits and dance the night away. Not a single dirty look to be spared or a person to be shoved, everyone in the crowd treats one another like their long-lost best friend. It’s easy to find people and fairly easy to get where you need to go, which upkeeps the ambiance of CRSSD.

With only a minimal amount of square footage, the festival is limited to just three stages; Ocean View, City Steps, and The Palms – each capturing its own vibe. Ocean View is bright and open, the biggest stage of the festival that is the best for daytime and early sets and large headliners. Indie-alternative artists such as Chet Faker, Glass Animals, 070 Shake, Parcels, Franc Moody, and Cautious Clay were some of the live music sets at the Ocean View Stage. Parcels’ highly anticipated set right at sunset on Sunday was the ultimate dance party – while the set clock in at 45 tight minutes, the five-piece band from Australia displayed their true musicianship, jamming out for long moments between songs from their first self-titled album and songs from their new double album Day/Night. Franc Moody was a big an audience favorite; whether walking by or there because of a friend, many raved over band’s disco-centric set. Chet Faker, meanwhile, has been appearing on festival lineups for the first time in a while. Much of a pioneer in the mix of the indie-electronic genre, his set was vibrant and experimental, touching on all of his fan-favorite tracks. SOFI TUKKER closed out the weekend at Ocean View with a live performance, and as usual, the duo conjured a very immersive, audience-centered experience; bringing a fan to dance on stage, playing a quick game of “Simon Says,” and trying out an acoustic version of their hit song “Brazilian Sun.”

City Steps, wedged in the middle of the festival grounds next to copious craft beer tents, is where attendees go to expect the weirder and rowdier fare. Italian DJ Ilario Alicante opened the day at City Steps with one of the coolest sets of the weekend. Russian’s Nina Kraviz and Germany’s Helena Hauff played fantastic B2B techno sets that paid tribute to the conflict in Ukraine. Other notable creative sets at the Steps included Sara Landry, Eli Brown, Cristoph, and Jeff Mills.

The Palms stage, which fits its name in decorative greenery, featured some of the coolest artists of the weekend. Artists such as Gorgon City and the up-and-coming party DJ John Summit, as well as Joy Orbison B2B Ben UFO, graced the decadent Palms stage. Get Real, the duo of iconic DJs Green Velvet and Claude Von Stroke, capped off the first night with a passionate, legendary 90-minute closing set. Four Tet, meanwhile, closed out the Palms on night two with one of my personal favorite sets of the weekend. With an ability to make even Ariana Grande and Vanessa Carlton sound cool, Four Tet threw down a giant range of unparalleled mixes and genres.

Being my fifth time attending CRSSD Fest over the years, all in all, it felt great to be back. Despite the cold weather, it was one of my favorite times attending. After running into people I’ve met before in past years of attending and seeing a wide variety of artists and the extreme amount of people wearing the House x Techno merch, there is nothing bad to say about this spring’s event. CRSSD is one of those festivals that if you have yet to attend, you’re in for a real treat. And if you have attended, no matter how many times you say “I’m not going again,” you’ll still find your feet back in the fountains of Waterfront Park come March or September.