Melt! Festival is one of Europe’s best kept secrets 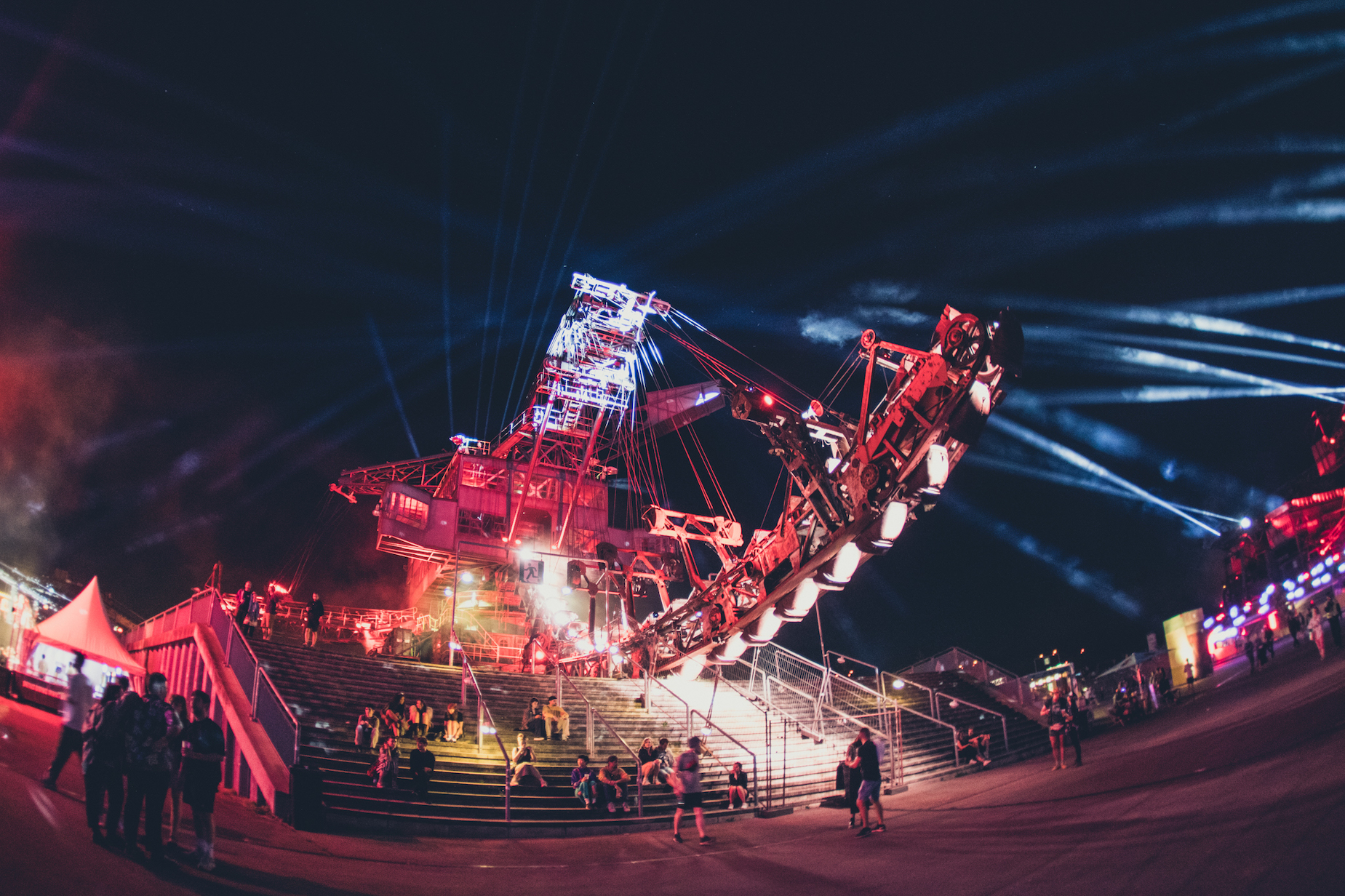 All Photos by Kirsten Otto

The Ferropolis, Germany music bash was a joyful celebration of hedonism and freedom

Buried deep into the heartland of Northern Germany – but only a two hour train from the center of Berlin – the city of Ferropolis hosts a four-day festival with a palpable emphasis on freedom, hedonism and partying well into the following afternoon. Housed to a glorious backdrop of abandoned engineering cranes the size of buildings, Melt! Festival might be one of Europe’s best kept secrets.

2022 proposed a new challenge for the festival, with events only getting the green light two months before the festival was due to start. After arriving to the event with minimal travel issues (German public transport is ridiculously efficient), you’re immediately struck by the gorgeous setting. Surrounded by a lake, which festival goers would happily swim in all day, the site was an absolute dream.

The weekend kicked off with some of the big acts like Little Simz, Tom Misch, Greentea Peng, Daniel Avery while plenty more filled the Thursday night lineup. Friday afternoon was an absolute scorcher at 32 degrees as fans took in Kamaal Williams before having a blissful swim in the lake. In the evening, the electronic music really kicked into high gear with acts like Leon Vynehall, Shygirl, DJ Fuckoff taking the crowd to mind-melting places. The Saturday was my last day before leaving to return to the U.K. and we were treated to emphatic performances from Bladee, Yves Tumor, Yung Lean and Oklou – a perfect end to the event. Another huge highlight was having a drink on the man-made beach at 8am after partying all night and watching the sunrise.

Overall, Melt! is absolute gem of a festival that is definitely worth considering as an alternative to the typical Primavera or Glastonbury choices in Europe. A unique event with stunning curation and excellent vibes abound. We can’t wait for next year! Scroll through the photos by Kirsten Otto below for the full highlights.