The Inherent Cool of Pitchfork Fest 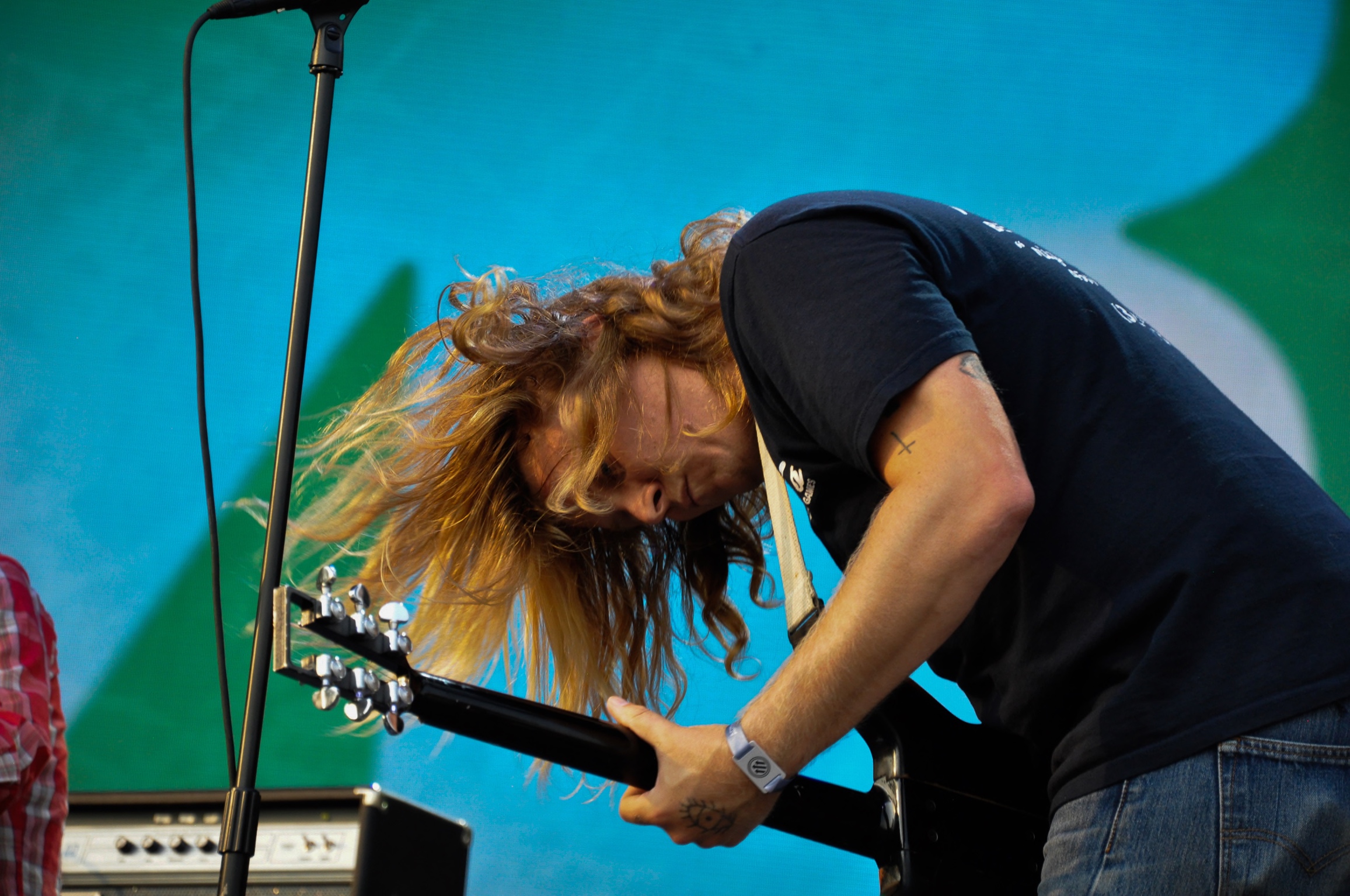 Being at Pitchfork Music Festival kind of feels like being in a Portlandia skit; there’s the goths, the jorts, the hipsters, the colored hair, the pixie cuts, the vintage fits and the piercings. Everyone there is inherently cooler than the next, but the one thing better than the festival goers is the music.

This year Pitchfork Fest returned to Chicago’s live music scene with a bang. The lineup dove into some of the past year and a half’s greatest releases; St. Vincent’s Daddy’s Home, Angel Olsen’s A Whole New Mess, Phoebe Bridgers’ Punisher, Amaarae’s THE ANGEL YOU DON’T KNOW – the list goes on and on. For most of the artists performing, this was their first time onstage since the pre-COVID era, which resulted in a casual humbleness between both crowd and audience – a twinkle tattooed in the corner of everyone’s eye witnessing the collective spectacle that this was really happening.

IMPOSE headed to Pitchfork on the Saturday of the festival and got to see some of the greatest of the lineup. Kicking it off, Chicago natives Divino Niño brought some of the highest energy of the day. Something about the group on stage deeply resembled the same aesthetics as Baz Lurhman’s 1997 version of Romeo and Juliet with wife-beater tanks, neon pink hair, graffiti, and the way they dominated the stage with their youthful presence. The group perfectly incorporates their Latin influence upon both psychedelic and dream pop genres introducing a never heard before sound. Divino Niño danced through their biggest hits “Foam” and “Quiero” as well as an unreleased poignant track “Welcome to Miami.”

For Amaarae, the Ghanaian R&B singer who knows no bounds, her performance was soulful and bold. Her unique vocal style pulled the audience through her setlist, stopping and reflecting on the beauty of the moment. Her live performance brought a new element to her music and dissected what is so special about her sound.

Later, Waxahatchee came on stage as you’d imagine any folk singer would, her microphone lined with red flowers, a vintage gown, an acoustic guitar and a voice that could cut through the wind sharper than a knife. She sang through almost every song off her pivotal 2020 record Saint Cloud along with musician Bonny Doon singing his hit song “Long Wave” and closing with none other than a Dolly Parton cover.

Ty Segall and Freedom Band entered Pitchfork as one of the most highly anticipated performances of the weekend and left Pitchfork as one of the best sets of the weekend. Segall entered the stage with his usual casualness; a cotton T-shirt and baggy jeans and a whole lot of shredding. Segall doesn’t have to try hard because his music speaks for itself. The setlist consisted primarily of tracks off his latest album Harmonizer but also included fan and mosher favorite “Fanny Dog.”

Surely Kim Gordon has played as an inspiration to the many women on the day’s lineup. The Sonic Youth co-founder honored the festival’s golden hour set with an off-beat and avant-garde set very much in the vein of her founding group. Gordon was one of the coolest names on this femme-first lineup of female shredders, and she ripped through her 2019 record No Home Record in its entirety, never missing a beat.

Angel Olsen released not one, but two projects during the pandemic and Chicago was lucky enough to hear both. Wearing a lime green pant suit, Olsen embodied the Bowie-esqe nature of her newest project, Aisles, featuring a slew of ’80s pop songs reimagined. With a voice somewhere in between Judy Garland and Stevie Nicks, her stage presence was dominating and fierce. She played around with the audience, toying with the possibility of playing a song written just the night before only to surprise the audience with her biggest hit, “Shut Up and Kiss Me.” Of course, Olsen had the ultimate trick up her sleeve, closing the set by bringing out the talented Sharon Van Etten to sing their iconic latest single “Like I Used To.” It was a spectacle like no other to watch two of the greatest female singers of today perfectly harmonize at night fall.

Last but surely not least, Pitchfork Festival closed off the weekend with a glamorous performance by St. Vincent. In her Daddy’s Home era, Annie Clark ditched the black bob for a Vaudeville-esqe ’70s blonde wig and glittery eyeshadow. Less subtle than ever, the stage was overtaken by background dancers, spinning stages and lots of guitars. Her set ran for nearly two hours as she covered all of the bases from “New York” to “Pay Your Way in Pain.” She also included a bit of a phone call where her sister rated the audiences cheering a mellow 6.8 (possibly a dig at the 6.7 rating Pitchfork gave her newest record). Seductive and dominant, St.Vincent lived up to her headliner status, her long legs standing boldly as her smoothly sarcastic lyrics turned both heads and ears. Clark knows how to rock out, and to the crowd’s luck, she did not hold back even a little.

Beyond all the music, Pitchfork included a little something for everyone in their artsy crowd. On a street lined with artists who have designed posters for musicians from King Gizz to Mt. Joy, the fest teamed up with Renegade Craft, filling a tent with small vendors and indie record labels selling vinyls and vintage clothing, 6$ beers (including a special Peach Lager collab with Faye Webster and Goose Island) and even a THC booth. The dust blew, the music rocked, and everyone was reminded how good it feels to be back in a sweaty crowd of people.