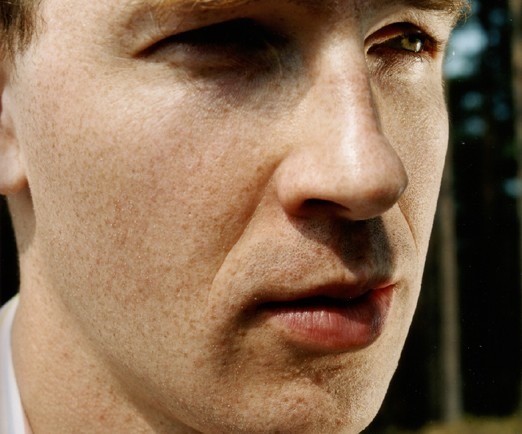 Four acclaimed albums, a lawsuit from a tired punk rocker over a name, and a PhD in mathematics – the life of Caribou’s Dan Snaith is certainly not dull. After releasing his debut album Start Breaking My Heart under the Manitoba moniker, Snaith won worldwide praise for his fusion of electronica, jazz and acid. Moving to London in 2001 to pursue his PhD in mathematics, Snaith recorded Up in Flames, an homage to sampling and psychedelic rock. Tours throughout North America, Asia, and Europe garnered great reviews and a strong following.

In 2004, Snaith was at the receiving end of a trademark lawsuit filed by Handsome “Dick” Manitoba over the use of the name Manitoba (one of Canada’s ten provinces). Snaith, unable to afford litigation, decided to change his name, and Caribou was born.

Your new release, Andorra, is your fourth. Tell us the history behind the project.

I've been making music at home since I was 15 years old playing all the parts myself and using some samples off old records, and since 2001 I've released four albums (Start Breaking My Heart, Up In Flames, The Milk of Human Kindness and Andorra, in chronological order). I've just been constantly making music and these albums are the outlet for that, but even if no one was releasing or listening to this music, I'd be making it anyway… it's an obsession.

Why the moniker “Caribou?”

I used to be called Manitoba before I got sued in what seemed like a ludicrously petty trademark dispute. Manitoba's a mainly-wilderness province in Canada and I wanted to maintain that Canadian wilderness feel with my new name, as it represents where I'm from and what I'm about. Caribou has all those connotations for me. It came to me in an acid trip in the prairies.

Your sound is unique – who or what has most influenced the sound and why?

There isn't one particular artist or genre… I suppose it's a lifelong obsession with music – both the sonics of it (the way it sounds and is produced) and the melodies, harmonies, chord sequences and they way they make me feel different things at some gut level that is endlessly mesmerizing for me. This album was all about challenging me to make melodies that had that kind of emotional punch to them.

The debut album under the name Manitoba was released on the UK based Leaf Label and received some glowing reviews. The mix of electronic, pop and house is quirky at best – tell us about this album's making.

Well, at that time I was just making music in my spare time while studying mathematics. I just threw everything I loved about music in one pot. I wasn't making music to please anyone or meet anyone's expectations other than my own. In fact, it's very much the way I've made all my records – locked myself away for months and worked on music with very little input from the outside world or anything other than the music swirling around in my head. The main difference with the new album was that I was working on it full time rather than studying at the same time.

Do you think your background in mathematics influences your music?

No. I approach both with the same fanatical devotion and get the same thrill from playing around with abstract ideas and having those moments where everything slots into place perfectly. They are very much both disciplines where one person can get lost in doing there own thing and that suits me very well but as for influence from mathematics in my music there isn't any of that.

What did you learn from the nasty experience of being sued?

Don't get hung up on stupid shit. I realized that I couldn't fight the case because I couldn't even afford the lawyers fees to get the case to court but thinking back about it… even if I could have afforded it, would I have really wanted to spend a year in court battling with some dude who I couldn't care less about? Move on – don't get distracted or hung up on things that don't matter.

With the new record, you go back to touring but this time with a full band – what are your tour plans?

We've been touring with a band since 2003, in fact. We're a four piece rather than a 3 piece this time and it's a new lineup of musicians but I love touring and playing my music live with other musicians… it's provides good counterpoint to the year of isolation that is recording.

If you weren't a musician (or mathematician) you'd be???

It's quite difficult to imagine. I might be trying to be a documentarian… but I'd still be making music in my spare time!