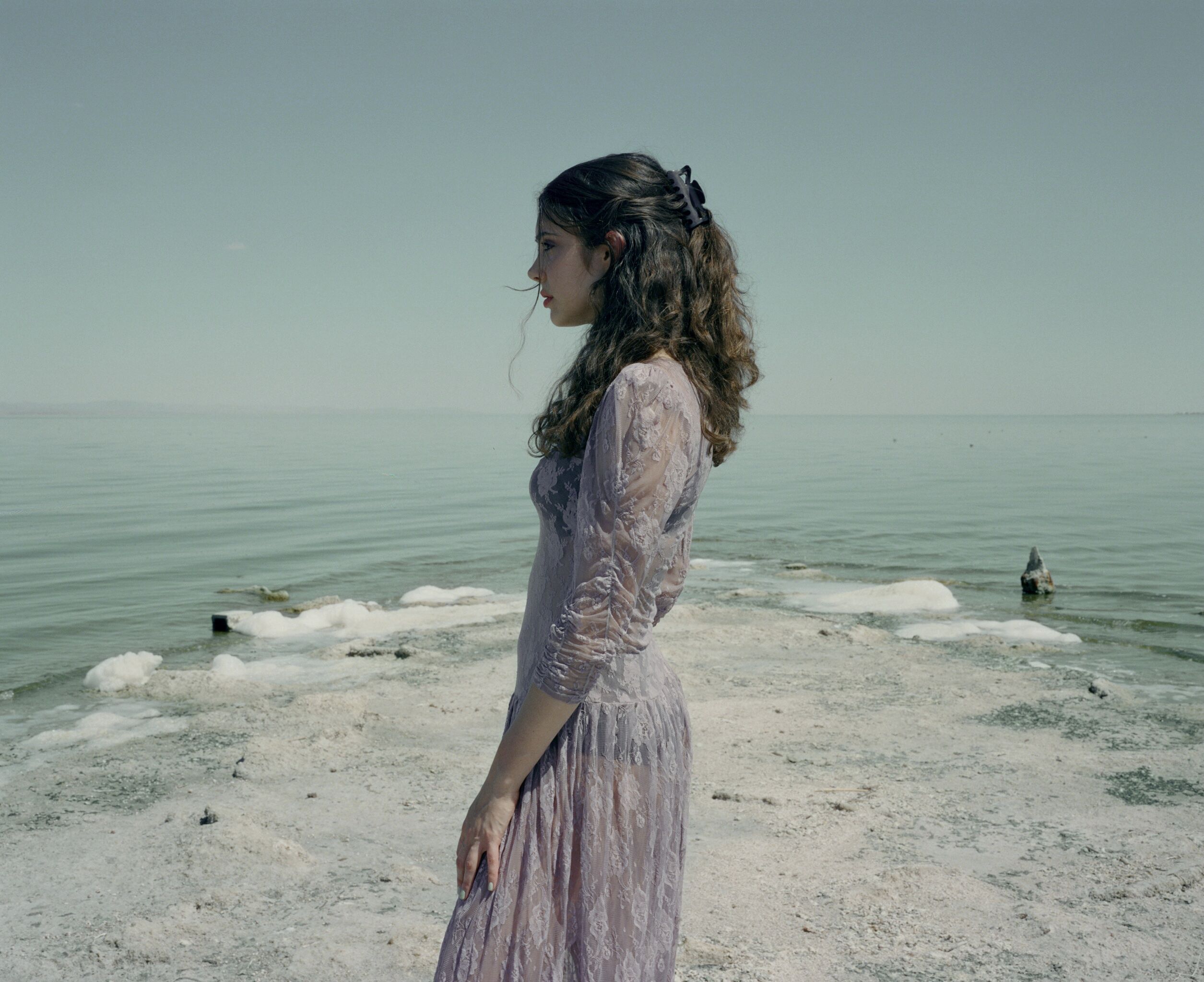 New York-native Nisa re-enters the music scene with a chilling six track EP, Time To Plant Tears, the name coming from Elizabeth Bishop’s poem Sestina. Nisa is quite eloquent and mature – at just 21-years-old she thoughtfully ponders her emotions with a keen sense of recognition of their origin. As dusk finds itself sooner in our days than we’d like, Nisa welcomes winter perfectly with Time to Plant Tears.

The first track on the record, “St. James Gate,” is rocky and breezy, and you can feel the wind she’s describing holding hands with the desire in her voice. The last ballad on the record, “Unthinkable,” feels like the scene in a movie where the protagonist walks away from an unhealthy situation down a rainy city street, picked right out of an early 2000s soundtrack. Nisa’s vocals are unwavering and close seeming, which is not a coincidence. The singer and her band experimented with recording equipment to welcome an element of suffocation. Read more about this and how Nisa wrote this record below.

You can listen to Time to Plant Tears wherever you stream and see Nisa in person on January 15 at Union Pool in Brooklyn, NY.

When I first listened to your music, I was initially drawn to your lyrics. I wanted to ask about what your process for writing a song usually looks like? Do you write lyrics first followed by melodies or vice versa?

For me usually, I say usually because I’ve been actively seeking out different ways to do it to see if it affects the end result, I first learned to play guitar so I usually pick up a guitar and write both at once. The melody will usually give way to lyrics or the other way around. I will try something out on guitar and see if it leads to something in reverse. It usually ends up me sitting there for six hours until I have something or twenty minutes if that’s what it takes, I just can’t put it down until it’s done.

I know that the title of your album is ‘Time to Plant Tears’ which is named after the last line of Elizabeth Bishop’s poem “Sestina”. That poem focuses a lot on sadness and escapism and I understand you wrote this in early 2021 which was arguably a time that escapism felt needed. What about that poem do you think drew you to titling this record about it?

I feel like you are right with escapism having been one of the key themes to writing the record. And in general kind of starting with “We’re In For It” and thinking about nostalgia and memories but also I had this weird sensation of time being non-linear, especially early on when it was dark and a very isolating time. I was thinking about the future and also looking back on memories on times spent with family and friends and love in general and things almost being sequences that were sparked in a Proustian sense where you remember a time or a sensation and all of the sudden its an overwhelming sensation of something that you hold dear, and I had that a lot in quarantine, especially in New York when you would walk past places, like a coffee shop that I had memories in, and it feels very different and very, alienation and an intense sadness but also nostalgia and appreciation for moments. It was definitely about the relationship between time and emotions, seasonal emotions especially and because it is a winter record, I tend to retreat inward when it gets cold and dark.

How you brought up that this record was very lyric-focused, that was probably the difference between the two. Guilt Trip was more about songs and melodies that conveyed this desire for change, almost in a juvenile sense, some of the songs were very grounded in emotion in things I was experiencing in the years that I was collecting some of those songs. Time to Plant Tears is very focused on introspection and trying to move forward, almost trying to remove me from some of these memories and look at them from an outward perspective. I’m looking forward to seeing if people connect to these stories in a way that is intimate without feeling like they are just mine.

Your bio said this album was songs about “confrontation and focus, weathering internal and external changes; desire and emotional rebirth” and I think the sound the album really relays this and a lot of these themes fall into the experience of being in your early 20s and all of the sudden realizations of reality and worries of the future. How did you decide that the sound on this album would be more stripped back to portray these emotions?

I feel like with songs like “We’re In For It” and “The Savior” when we were producing it we were thinking about textures, sounds that gave way to feelings we were trying to convey. One of them was confrontation and closeness, kind of like a suffocating feeling of being so close to something that maybe it is obscured and you don’t understand it as well. So we did things like connecting contact mics to guitars, it’s almost like putting a stethoscope on your chest, you can hear all the sounds like the movements of your fingers and the strings and we put layers of that in the songs. Things like horns give that that same feeling of being in this thing that is way grander than you but still focusing on the lyrics and vocals are close but the horns are far. It was really fun experimenting.