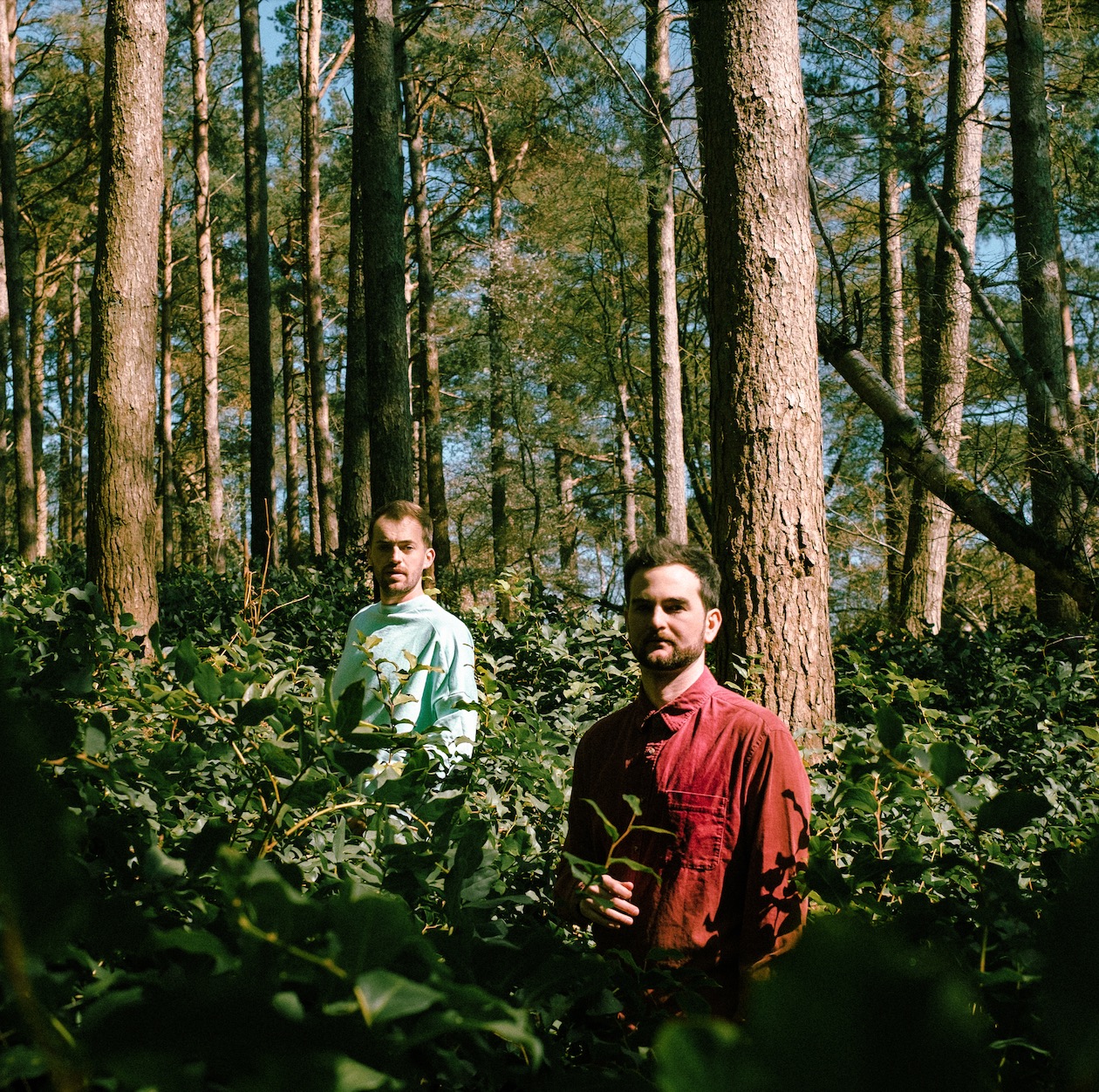 Lorenzo Montali lives in Brooklyn and Tanner Davis lives in London, but the group Fetch Tiger resides within the music the two make from across the world. Fetch Tiger is an indie group that kisses the lips of all genres. With licks of folk and funk, the group’s discography finds the sky to be the limit when it comes to experimenting with new sounds. What started as a passion project between two coworkers has spun into something much bigger. Initially, Lorenso was in charge of lyrics and melodies while Tanner brought in a flare with keys and synths, but as time went on, the two have both dappled into all sides of creation.

Their new single “Peter” is soft and poignant. Through acoustic guitar and whispering vocals, Fetch Tiger crafted a song that gently provides a sense of calmness and a breath of fresh air amidst the anxiety the narrator is singing about. Utilizing a fictional character in “Peter,” Fetch Tiger weave a story around mental health, with the singer begging, “give me just enough to believe” throughout the song to Peter, who retrospectively seems to find blue even in the gray.

“Peter personifies the creeping anxiety we both battle and the importance of having someone to believe in. The narrator recounts memories of a lost friend, accepting feelings of failure to stop that friend’s surrender to mental illness,” said the duo.

Fetch Tiger’s debut EP Preparation to Pretend is out in early 2022, but for now you can listen to “Peter” and read my conversation with the duo below:

So you guys are in two different locations, Brooklyn and London correct?

Tanner: So basically we met in 2019, we met through work actually, completely unrelated to music. Lorenzo had just started a music project mid 2019. We started to see each other at work and I had asked him what he did outside of work and he said music and I was like, “Oh I always wanted to get back into music cause I used to be more of a musician as a child.” I got a paycheck (you get a paycheck once a month in the UK) where we worked, so I bought a keyboard and I tagged on to Fetch Tiger and we’ve been playing together ever since – it’s been a happy partnership.

What was the inspiration behind “Peter”?

Lorenzo: Basically, we hadn’t talked about mental health stuff in any songs but it was something that Tanner and I talked a lot about and we both experience a lot of struggles with, especially anxiety. This is one that I started on my end with lyrics in the beginning of January this year, I didn’t want to confront it head-on and talk about my own experiences so I created this fictional character, “Peter,” as a way of talking about the struggle and the emotion that comes with anxiety with having a shield with my own personal experiences. It talks about fictional things like going to a matinee film or taking a trolley ride to provide a storyline to weave that thought into it.

Tanner: The way that we’ve been typically writing songs is Lorenzo is the primary songwriter, more recently we’ve been starting to write together, we’ll build on each other. We love the character, there are some cool parts in there. What I love is particularly at the end when you can hear these faded out Peter’s, it builds this moment it feels like someone is calling out to Peter asking him for help and you’re in the body of him hearing his name sonically in the distance. A beautiful reflection of that mental health journey that was built on the collaboration with one another.

I know the track “Brand New” was also based on a story. What are you guys so drawn to with writing storylines outside of yourself? Where do you find inspiration to write these stories?

Tanner: One of my personal influences is Andy Shauf. He is one of my favorite songwriters and overall artists. He has an album The Party. It’s 12 songs about different characters at a house party. I liked how he tells very fictional interesting stories that stand alone but also there is a unique character between characters, and he weaves so much emotion and you know how to feel based on how he plays it sonically. So “Brand New” was another example of using a very tangible storyline but also weaving in the chorus, the idea of reinvention and wondering if the people who you want to notice you are going to notice that you’ve changed. The story with the high school reunion was a way to bring that sentiment out.

Your debut EP ‘Preparation to Pretend’, is coming out on February 11th. What are you guys most excited for the listeners to hear on that record that they haven’t heard?

Tanner: Lorenzo writes a lot from stories, and personally I pull from my own experiences and that is how a lot of musicians process the experiences they are going through. In the songs you haven’t heard, there are songs that we collaborated on that we wrote more from our own personal experiences and point of view and it will be a new version of the way we’ve been writing songs. They are quite sonically unique; one of the songs has a horn section, another song has more funk and groove. The thing I love about our music is that we had a structure that worked for us, but as we are building what we are vibing with it is changing all the time and we don’t necessarily feel like we have to make one type of sound right now because we are still new. The most exciting thing is experimentation. We are not beholden to one kind of sound everyone expects us to have.

It’s funny because in my notes I had written about how your music is very diverse in genre. You have songs like “I Can’t Compete,” which are very mellow and nostalgic, and then you have “All I’m Really After,” which is this very sun-soaked ballad, and “More Clout,” which is a soft, ample folk ballad. What do you guys like the most about tackling different genres?

Lorenzo: One of the main things that allowed us to play in so many spaces was Tanner taking on a bigger part in songwriting because for me, I originally am a drummer but guitar is how I write songs. I am not technically savvy production-wise, so I write from the same kind of sounds and Tanner brings a lot of production elements and he lays the bed of the sonic atmospheres that we work from. Because the keys can dictate the moods of the songs because there are so many sounds and ways you can use them, it allows us to live in a few different worlds sonically. We just finished recording our second EP and as we come out with more music, you can see the sounds change and there is more variance in the sounds and in the ways we are writing. We wrote a pop song and a folk song next to each other on the EP.

Tanner: Lorenzo is an amazing songwriter and structure-er of a song and the reason I avoided songwriting for so long is because I never listened to the lyrics when I listen to a song, I feel the energy because a lot of time I’m working when I’m listening so I can’t focus on the lyrics. But the mood of the song is dictated by the sound that is created. The keys and synths are more expansive and it has been really fun to add to the music.

That makes for a perfect pairing! What words would you use to describe your upcoming EP?

Tanner: Story-driven. What is beautiful about this is all of the songs sound completely different but we’ve tied them together in this really tight story which is why our tracklist is a certain way, and photography is trying to tell this end-to-end journey that we are going through.

You guys have a live show coming up in Brooklyn. Will you both be there? Do you plan on any more live shows the rest of this year?

Lorenzo: Unfortunately no that is the downside of being in two locations. We will be booking a bigger show in February for the release of the EP. But a lot more shows will be popping up. Tanner came to NY in May and September and we recorded our first and second EP.

Tanner: Lorenzo put together a live band and there is a person who will play my parts.