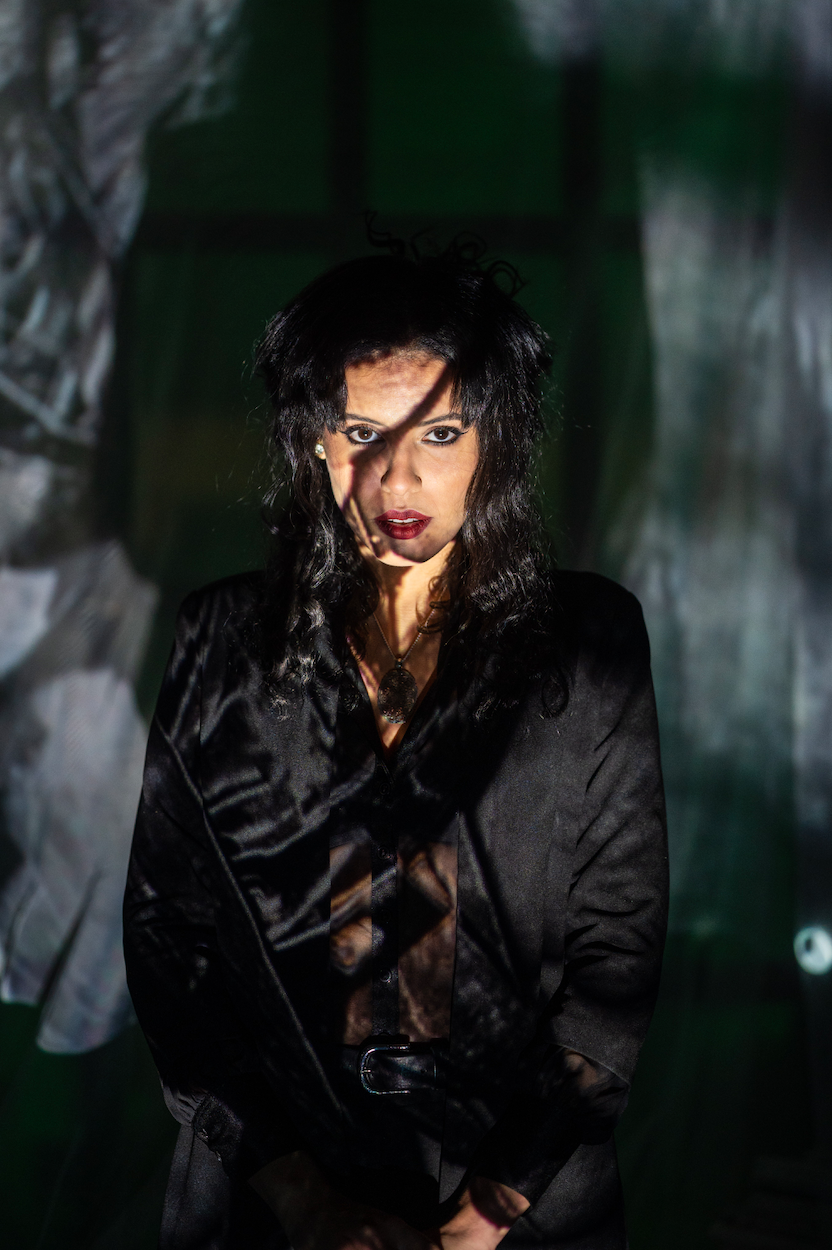 Now that Halloween is over, the frightful music themes can still linger on. It seems justifiable for new tunes to take over the fear. NightNight is a musician who is primed to do just that. With influential musical growth originating from the American West (Las Vegas and Seattle), NightNight explores a true self that is dark and light. On January 28th, 2022 her debut album Love Decayed will ring in the new year with praise. Her latest singles “Maybe It’s Too Late” and “Ashes” give a little taste of the bizarre glory to come.

“Maybe It’s Too Late” is ethereal in its beginnings. Listeners are then transported to a full futuristic-goth vibe that mellows the world. It is catchy in all the right places with those vocals bubbling up with a spookiness attached. A whirring madness pulses through leaving the listener dumbstruck while being frozen in place. NightNight succeeds in giving birth to an unusual world that holds a compelling force to endure. You can spin that track and read her thoughts on her latest musical endeavors below:

How has your autumn been? Has there been any new opportunities as a musician now that things are calming down a bit this season?

Autumn 2021 has been a real pivoting point, at least in New York, Seattle and Las Vegas – where I spend my time. I see things slowly crawling back toward “normal” while the air is still thick with the sense that things aren’t quite “normal” at all. I have been lucky enough to see my friends and family recently and collaborate on some terrific art. Not so much a calm feeling, but more a productive and cautiously optimistic one.

What are your ambitions for the future? Was 2021 a mixed bag for you?

My ambitions for 2022 revolve mostly around shows in New York and Europe. So much of what was planned, especially around festivals in Germany, was postponed in 2021. I look forward to meeting all of the people who have somehow found their way to listening to my music. There is a connection you feel when you’re playing music in the same room as other people that cannot be replicated and I look forward to feeling that with NightNight.

How has this new body of work showcased your growth? Have you played around with new sounds, instruments or techniques?

Love Decayed is sonically a combination of years of experimentation and collecting various samples. I started combining all of this into one collection of songs when I was living alone in LA, during a particularly terrible point in my life. I felt at the time that it was somewhat of an encapsulation of my life. I had a great assortment of equipment, as I worked as a sound engineer for years, but I hit a wall toward the end of the process – bored with my surroundings and lack of inspiration.

These songs were given another existence when Sylvia Massy heard the first versions and wanted to produce the album. She heard the found sound samples I used, the analog synths and mangled vocals and she understood the feelings I was trying to put into the record.

Finishing the record with her at Studio Devine in Oregon was fantastic because she has a collection of microphones and instruments that people dream of as well as a VERY open mind. We broke cymbals and glass, used equipment the wrong way, mic’d drums with a cassette tape recorder…all sorts of fun stuff. Sylvia even ended up playing live drums herself on the title track. I evolved along with the record and, in the end, I look back at it being very happy with every song. We made something beautiful from an awful period in my life.

How was your Halloween? Did you do anything special?

Halloween was a high point this year. Aside from NightNight, I play bass and sing in New York band The Wants. We finished our tour in Washington D.C. after supporting our friends Nation of Language. The crowd were having a great time, Nation of Language had a great show (as usual), and we had lots of fun in that high energy room. I was also wearing a 1920s Egyptian Revival gown, which didn’t hurt at all.

What advice can you share about being a musician in this era? Are there things you wished you had known before?

Luckily we’re living in a time where there is no wrong route. The downside is there isn’t a “right” route either. The days of someone finding you and molding you into a superstar are dead. The days of being amazingly talented and getting discovered are dead. I think the only sort of warning I would give is to make sure you do what you want and be proud of what you make, no matter the trend or what other people tell you to do. You have to live with it. Your name is on it. Make it everything you do something you’re proud of.