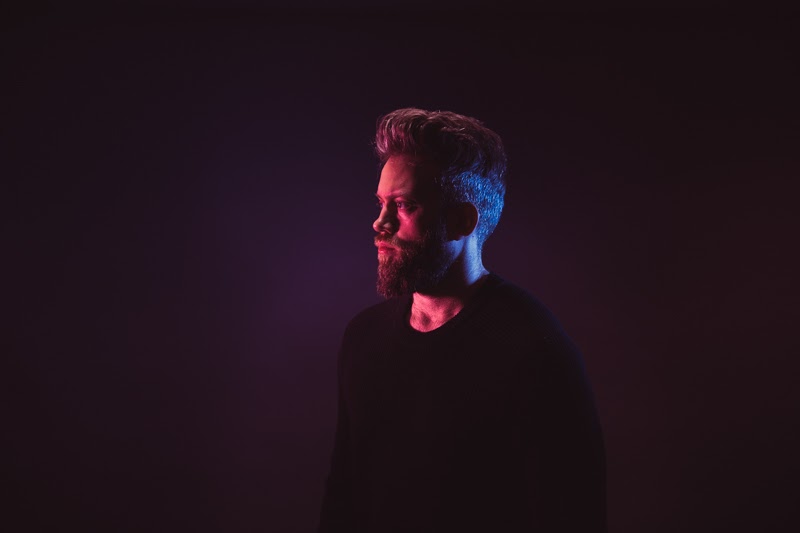 Some artists seem to have an infuriating array of talent that allows them to turn their hand to any style with ease. It’s a rare chameleonic skill that producer and composer Tom Ashbrook possesses; his neo-classical, piano-led compositions are some of the very best in the scene, rivaling the ethereal beauty of Nils Frahm and Jon Hopkins. But he’s also an incredibly astute producer, able to craft stunning electronic compositions and collaborate with artists in the pop space as well.

On May 7, the Liverpool-based musician is set to drop his new album Solitudes, a gorgeous, haunting collection of piano compositions and electronic delights. We spoke to the enigmatic artist about lockdown, collaboration and his creative process.

Well it’s been such an up and down time through all of this! Still can’t believe it’s a year since first lockdown. Thankfully it’s given me so much time to be in the studio putting everything into my original material and doing remote sessions producing and recording and arranging for other artists. I think for everyone through this time it’s been such an emotional rollercoaster and it’s actually been really interesting documenting it musically. Of course I’ve missed being in the same room and studio as people and creating but we’ve managed to do online and some really exciting collabs are on the way!

The release of your new album is just a couple of months away. How are you feeling about it coming out?

To be honest, a huge relief! When it’s out of the sessions and hard drives I feel a massive release as I hate storage and backing up scares me! But yes so excited that both volumes are releasing as one album as I think they document the time through COVID for me personally with the dark and light sides. It’s been amazing hearing the responses from people around the world hearing volume 1 and I’m so excited to reveal the second volume which is much more uplifting and almost a celebration and release of pressure!

Are you feeling hopeful that by the time it comes out, things might be closer to normality?

I think when it drops in May we’ll be all on the last hurdle to those beer gardens and seeing everyone we’ve missed! I think especially in the tracks “All clear” and “we begin” I’ve been thinking about the release, a new beginning, coming out of hard times and really think we’re on the right track, hopefully by summer we’ll all be reunited.

The tracks on your forthcoming album span from almost solo piano pieces, to fuller electronic productions. Which do you prefer to make and is there a different process for both?

I always start ideas at the piano/rhodes and have such a respect for people doing solo piano pieces. It’s so exposed and organic and it’s so amazing how much you can get across from one instrument with certain harmony and melodic content. Having produced and engineered everything myself it’s really interesting and sometimes so frustrating trying to get the best sound of the piano!

With the bigger arrangements I love creating soundscapes and blending the acoustic instruments, synths and vocals to create a narrative more through texture and the way the parts move with each other. I don’t really have a preference but believe I want to be quite prolific and have an individual sound through solo pieces to full orchestrations. I love having such amazing friends and musicians on the album in these arrangements and feel so lucky and amazed with the end mix. With beautiful strings from Ciara Ismail and Ev Halls, to drums from Dave Ormsby,  Ross Higginson, Oli Hardaker, the most insane guitar recording from Dan McIntyre and amazing Bon Iver-esque layered horns from Ed Mitchell…all mixed alongside the secret weapon that is Mike Halls (Clean Cut Kid).

You’ve collaborated with a number of different artists. Any more plans for collabs in the pipeline?

I’ve been so lucky working with such amazing songwriters, vocalists and musicians. Luckily through lockdown the socials side of things has enabled people to get in touch for future projects and collabs. Lovely meeting Peter Sandberg and working on a piano duet and a some really beautiful material. So great writing with Jack from the band ‘ ‘colouring’ we’ve managed to form a four track ep with his amazing vocals and keys. Some exciting beat making and more electronic/string arrangement vibes with Greta Svabo Bechs new album, a concept piece with Davide Rossi; an EP in the pipeline with Dj Martin Roth and hopefully a tune or two with Janus from Kiasmos…it’s been a pretty productive lockdown!

Any other artists that particularly inspire you, or you’d recommend readers check out?

So many! But if I had to pick a few it would be beautiful piano work from Eydis Evensen and Hania Rani. It’s so difficult being original in such a saturated popular genre at the moment and I love what sounds and compositions they create. I get super inspired by dancers too, working alongside Matthew Bournes company and LIPA dance. I’m always moved in improv sessions to create and accompany such beautiful work and movement. Havin a couple of dance films coming out from Jordan Bridge’s work alongside Isaac Carol and Eileih Ishbel Muir it’s so inspiring seeing others create in different arts and how it can bring new light to what I want to create.