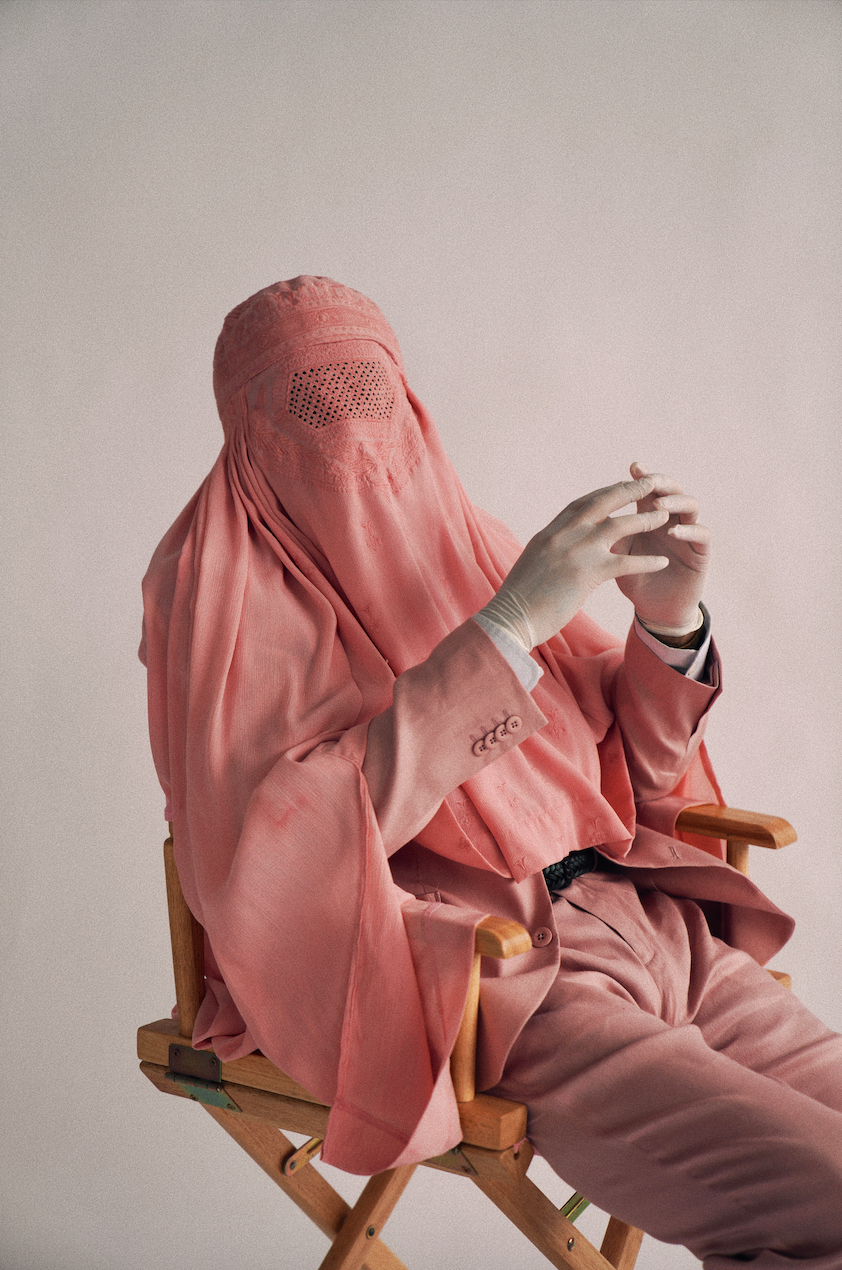 The moon is a powerful entity. It is a symbol of change and enlightenment. Each month in its fullness, it serves as a reminder of the ever-presence of time putting reality in motion. For New Jersey-based indie pop experimentalist Blood Cultures, the change, rebirth and resurrection of the moon became emblematic for their newest project LUNO.

Since the release of their debut album Happy Birthday in 2017, Blood Cultures has remained completely anonymous – until now. With today’s release of their new LP LUNO (purchase HERE), they have decided to lift the veil of their anonymity identifying with their Pakistani-American heritage.

In an era of transparency, it’s hard to grasp onto the concept of anonymity; the idea of not attaching your name or identity to your work, but for Blood Cultures, that was their road to liberation.

Standing on their own, the songs on LUNO are completely unique from one to the next. From start to finish, Blood Cultures has crafted a collection of songs that are thoroughly enjoyable to listen to. LUNO is an intimate journey that strays from the typical album narrative. The diverse range of genre and tempo throughout develops into an art form of its own, unafraid of the boundaries that sometimes keep musicians within a box.

The eight-track album follows along with Blood Cultures’ awe in the archetypal moon, the unconscious mind, gender-identity and racism. The record’s opening track “Keeps Bringing Me Back” hypnotically draws listeners into LUNO with a dark electronic bassline and psychedelic chorus. The third track on the project, “Set it On Fire,” is symbolic of the rebirth the musician felt with the change that occurred over the past year, with vinyl cracks and drum distortions setting fire to the past. The indie-leaning fifth and seventh songs on the record, “Andromeda” and “Cabin Fever Freestyle,” bring a sense of transient relief.

LUNO serves as a sort of talisman of the moon with the aid of works from philosophers Carl Jung and Joseph Campbell. Each month the moon undergoes eight phases of change from darkness into light and back to darkness, and much like the moon, the eight tracks on LUNO pay homage to the process.

“In terms of the way we tell stories, it’s always been making sense of the world and the way we made sense of the moon was to characterize it as this symbol of change,” Blood Cultures explained. “As the moon goes into its shadow, it’s always been representative of death. Then you go into the black new moon only to come back to the full bright, illuminated moon, which has always represented the idea of rebirth. It’s symbolic of change when you let your former self die, in terms of what is in your shadow or beneath the surface of your subconscious and by illuminating on that, by pulling from the depths of your soul or your psyche, you become new because you become aware of yourself.”

The work of Blood Cultures is meticulous, feverish and personal, but much of the musician still remains a mystery. A magician never reveals his secrets. When asked about their inspirations or instrumental aspects of their music, they refrain from exposing what they feel is the most exciting part of music: wonder.

“I think that is what excites me about music, when it inspires wonder. All this stuff we’re talking about it’s trying to preserve that child-like sense of wonder. It’s exciting as an adult that you can feel that sense of wonder and I try to encapsulate that and keep it alive.” For Blood Cultures, the integral part of keeping so much in the dark allows them to divorce themselves from the project and push it into conceptual levels.

Beyond the songs, LUNO arrives accompanied with five music videos, an interactive website, and a call-in line. Placing value into the listener’s experience has inspired Blood Cultures to take the narrative of each song to the next level within the videos with the help of a variety of filmmakers and artists.

“We don’t have the same story as a pop star where you have their whole backstory and everyone can understand the meaning behind a song. You can have a lot more fun and create your own narrative and your own story that is not based on the persona but the song itself. I think with the songs I really like to think about them as individual characters, as individual stories even though they have this overarching plot to them.”

By straying away from the norm of albums, Blood Cultures encapsulates the reality of the ever-present future of music listening. Audiences aren’t always listening to a musician’s entire discography, but sometimes just a single song they feel connected to. With LUNO, Blood Cultures has created something that values fans’ ability to interpret and personalize the listening experience.

“At the end of the day the music means something to me but it can mean something entirely different to somebody else and that value that they attach to the songs, that is what it is all about.”