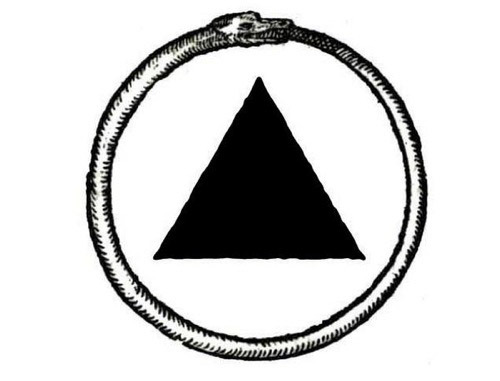 At first I thought it might be unfair to compare the artists on Sacred Bones Records to the assorted cast of freaks in the dream sequence of a David Lynch film, but then as I started to stare at the assortment of outsiders the label has collected, the juxtaposition seemed sort of dead on.

The man curating the label, Caleb Braaten, has stitched together a series of releases that have defied any real definition. These lo-fi gems are sort of like the field recordings of cold, gloomy USA. As he tells me:

The label “outsider,” in any sort of art (music, painting, film, etc.) is a very complex concept. Generally, my favorite art has that label applied to it. It's hard to say what type of music on which the label focuses. The most important thing about the label is for the music to have a genuine quality.

So, without further adieu, we bring to you some of that genuine quality:

Disturbo-rock from a loner who might or might not be living in a cave where he scratches these foreboding ditties onto the rock walls before transcribing them for his fuzzy synth rock band. (One recent release title: Can I Fuck It?) Let's also try: lo-fi power pop recorded during a cross country killing spree, or maybe: the earliest recordings of Devo when they were young and angry and getting beaten up by guys who worked at the local tire plant? Something un-fun happened to these people, regardless.

Dead Luke is from Wisconsin. The same glorious wonderland that brought us Jeffrey Dahmer and Ed Gein has now given us the answer to the question “what if John Carpenter had Throbbing Gristle help him compose the soundtracks to his films?”

I was always under the assumption that our neighbors to the north were a more well-adjusted version of the US of A. After listening to the bedroom recordings of Toronto's The Pink Noise, you might consider moving south of the border before they unleash this stuff on the children of America. That said, here is a guy who's shared the stage with Crystal Castles and Jay Reatard, whose creepily janky casiotone saunter in “The Put Out” is effortlessly catchier than most real garage bands' three chord anthems could ever be.

The Pink Noise, “The Put On”

What? This is like Coco Rosie swirling around in the first circle of hell. Or maybe Diamanda Galas bedroom recordings? Very rough, raw, but earnestly sing-songy. Best taken late at night in large doses.

PrevPreviousTheophilus London
NextThese words make up the title of the article you are reading.Next