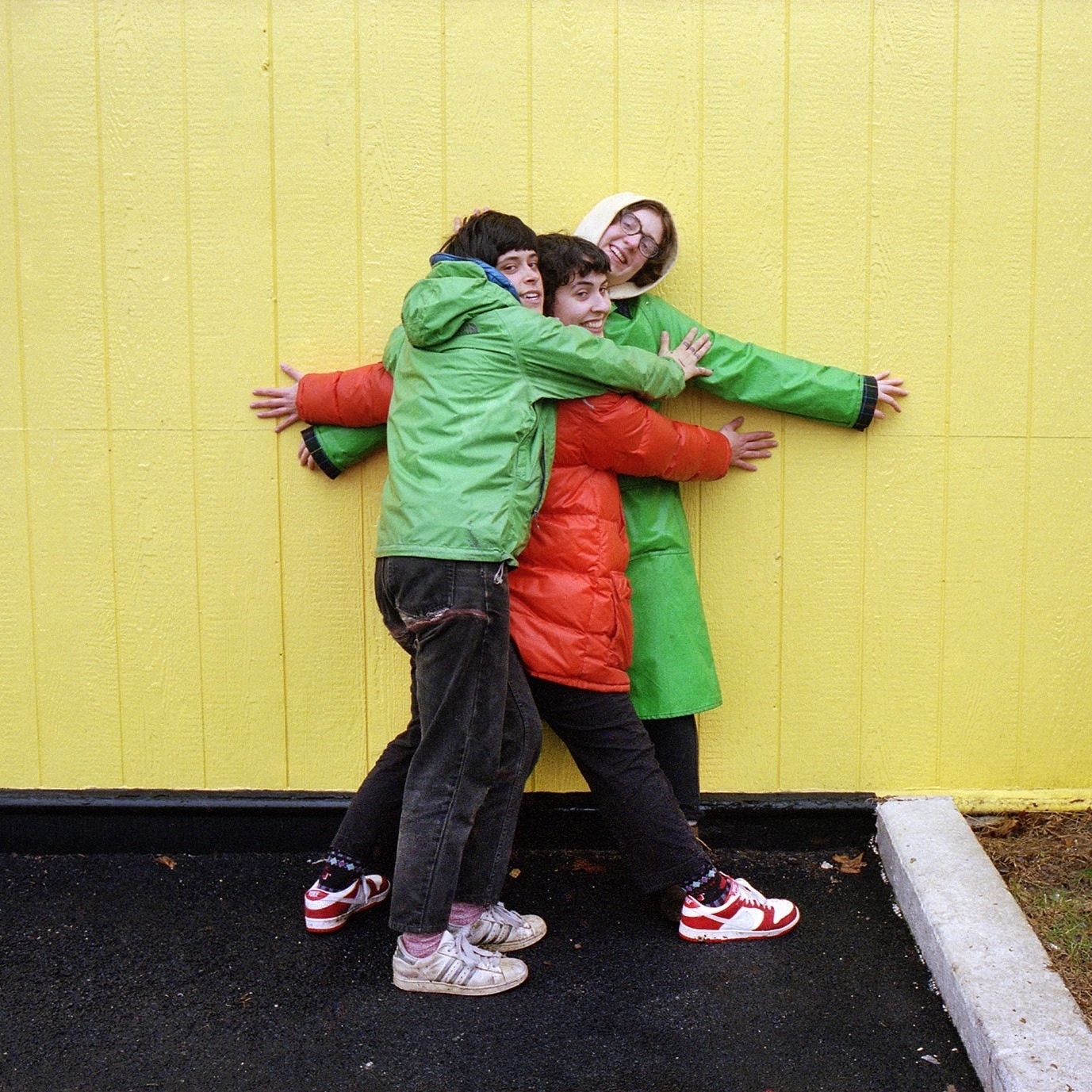 Since 2010 the indie rock trio Palberta has been gracing the underground scene of New York City with their ambitious talents and heavy harmonies. The girl group’s newest album Palberta5000 introduces a more upbeat pop twist to the group’s classic punk sound. Comprised of Anina Ivry-Block, Lily Konigsberg and Nina Ryser, the New Yorkers have displayed their evolution as musicians while upkeeping their passion to creative artistry.

They say repetition makes reputation and it’s needless to say that Palberta’s discography has quite the reputation; short, anthemic, repetitive rock songs that get stuck in your head all day. In a piece with The New York Times the band expressed having recorded the record in just 4 days without revisiting a song more than three times. In this current music environment of highly polished productions, Palberta5000’s innocuous brevity in recording bares admiration to the groups raw dedication to the craft. Listening to the 16-track album feels unwhole without the company of a small underground music venue, but as concerts are on the rise, the day that Palberta5000 can be played with the weird and intense energy of these songs will be one to remember.

Impose had the chance to discuss with the trio’s Nina Ryser about the organic recording process of the record and how the band has managed to stay creative after all these years.

‘Palberta5000′ is your first album in two years, how would you describe this record differently than your other records?

We didn’t go into writing this album with any preconceived notion of what we wanted it to sound like, or what type of genre we wanted to emulate, we just got in a room together and started writing music as we always do, very organically. I would say this record differs from previous ones because with each album we release every year or so, we continue to grow and improve as musicians. Palberta5000 reflects where we are currently at as musicians, which is very different from where we were when we recorded our last album, Roach Goin’ Down. Between then and now, we’ve grown as people, we’re better at playing our instruments, we have new tastes in music, new interests, and goals. With that being said, Palberta5000 still has the distinct Palberta flair, vibe and magic, which is impossible for us to stray from even if we tried.

What song on the record are you most excited about and why?

It’s impossible for me to just pick one! So here’s a rundown of the ones that are the most exciting for me to play. “Big Bad Want” because I can play it without having to look down at my hands on the guitar the whole time, which is such a relief. “The Cow” because at first this song made no sense to me and hurt my brain, so the bass line I wrote is super weird. But now it’s very fun and satisfying to play. “Fragile Place” because I get to slam on the kit for a long time, “Red Antz” because I love singing my harmonies with Ani’s lead vocals, and it’s super soothing to play. I always feel entranced when I play this song, and “Eggs n’ Bac’” because this is our fast punk rock song, the bass line is just extremely fun to play and the lyrics make me crack up every time.

With concerts and festivals starting to come into play again, what are your hopes for the upcoming touring season?

It’s hard for me to say when exactly touring can happen again, but I’m looking forward to when it does. I love getting to visit friends in different cities and towns and watching people perform all over the country. Inevitably things will be different going forward but I believe that after everything we’ve learned over the past year, music and shows will come back better than ever.

Your music is extremely experimental and appears to be confined by no genre or trends but whatever feels right for you three. How have you maintained to stay creative and open-minded during the seemingly monotonous past year we have experienced?

It was really hard! On my own, I went through periods of feeling uninspired, unmotivated, unsure of how to approach making art. But whenever the three of us get together to jam, we never have any issues writing songs or coming up with ideas. As a unit, we’re like a song-generating machine. And I recognize that that’s unique, and feel extremely lucky to have it.

How has over a year without the ability to perform in venues around New York affected the way you express your music? Has it changed your writing process?

We went from playing shows constantly, whether in Palberta or in our other projects, to playing none, so the immediate halt of that way of life was jarring and really disorienting for me. I think it opened up an opportunity for me to work on music more freely, without deadlines or shows looming over my head and dictating what I should be writing for, or practicing for.