The Biggest Week in Rap 2013 Edition 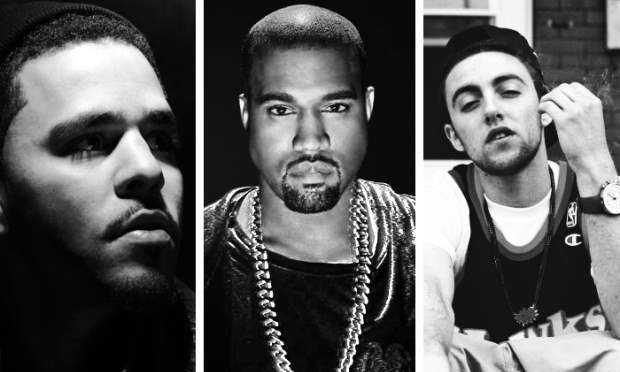 This past Tuesday, June 18, was the most important day of the year in hip-hop. Imagine if New Year's, your birthday, and Christmas all came at the same time, and you'll have some idea of how big a deal it was. Kanye, J. Cole, and Mac Miller (along with Statik Selektah for the underground heads) dropped huge, conversation-starting albums. And just when you thought it was all over, Eminem came out with an incredible, if short, track for Tony Touch's upcoming record. So, with all that finally behind us, here are the Lines of the Week.

5. “Older than my years if age was based upon experience/Moving diesel deadly in the desert like we Syrians” — Meyhem Lauren, 'Critical Thinking' lyrics
We at RG are big fans of Meyhem, and are very stoked about his new Raw Cashmere EP, on which this song appears. The topicality, emotion, and alliteration here combine to make a very powerful couplet.

4. “Drive-bys, we got caught up in the cross-fire/We shouldn't have had our crazy asses outside, but fuck that” — Webbie, 'Hood Memories' lyrics
It's performances like Webbie's on this song that remind us hip-hop is a musical art form, not a written one. While it may not look like much on the page, his entire verse is an emotional and tonal masterpiece. In this section, the “fuck it” is delivered with a powerful sigh of resignation that is simply heartbreaking.

3. “Twist blunts, wishing I could go back just once/I miss the old New York, I'll fuck around and get fronts” — Joell Ortiz, 'Bring Em Up Dead' lyrics
We are nothing if not suckers for a certain brand of NYC nostalgia, and Joell brings it heavy with these lines. Statik Selektah, on whose album this song appears, created a perfect musical canvas, complete with Onyx-like chanting on the hook — one that readily calls to mind those long-gone days of Brooklyn style.

2. “My mind move like a Tron bike/Pop a wheelie on the Zeitgeist” — Kanye West, 'I'm In It' lyrics
Yeezus may have hotter lines on his new album, or dirtier ones (like a certain Black Power pun). But there is nothing that gets to the core of his mission as an artist and a pop-culture personality more than this seemingly offhanded comment on an outro.

1. “It’s F.Y.I, if ya ain't knowing/What, go with you? Where? Nah, ain't going/Oh wait, you want a date? Oh, well in that case ho, it's June 8th, oh! and” — Eminem, 'Symphony in H' lyrics
Even in a week that finds the release of some of the most highly anticipated music of the year, one off-handed verse from Em manages to trump pretty much everything lyrically. This representative section contains enough internal and end-line rhymes to make your head spin, and the line-ending pun on “date” comes as a real, laugh-out-loud surprise.