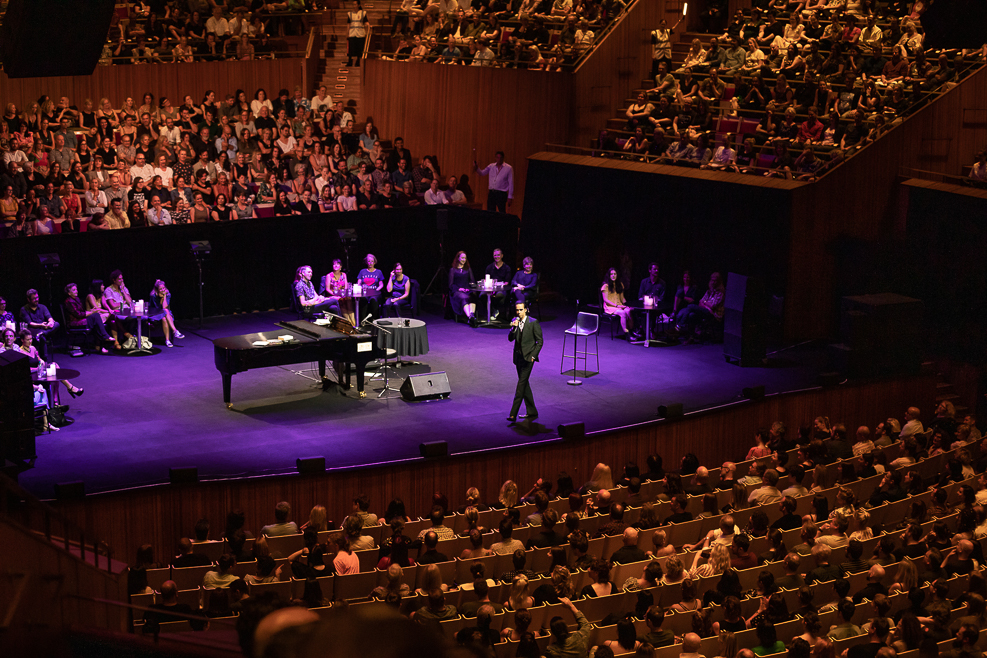 Iconic musician fields questions from fans for over three hours

If I could choose any famous person to have a conversation with, I’d have to pick President Obama. A close second, though, would be Nick Cave, a rockstar who has maintained his aura of mystery and larger than life presence in an age that has seen the diminishment of the rockstar in popular culture. Luckily for me, Cave has taken to answering questions from his fans on a blog called the Red Hand Files, and has embarked on a “Conversations with Nick Cave” tour. During these shows, Cave plays his songs on a piano, and fields unscreened questions from the audience.

I was lucky enough to attend one of these events at the Lincoln Theater in Washington, DC. I have seen Nick Cave with his full band, the Bad Seeds, twice before, and have been following along with Cave’s eloquent ramblings on the Red Hand Files, so I was quite looking forward to this event. I did not really know what to expect, and neither did Nick Cave. In one of his responses he explained that he has grown comfortable being a rockstar on stage, but these events have “brought the terror back to performing for me,” since he has no idea what questions the audience might ask.

Cave opened the show by saying that he finds the questions posed to him by the audience more instructive and interesting than his answers, and that has been his motivation behind the Red Hand Files. In DC, the questions were mixed. Many questions were about specific moments in Cave’s lengthy catalog, or about his many collaborators, that could have been answered in one sentence. The most interesting moments, I thought, were the questions that allowed Cave to ramble on about life. The first questioner of the night asked Cave if he believed in God.  In later responses, Cave discussed meeting his wife, how the death of his teenage son has made his physical closeness with the audience at his concerts more important, and how he feels about getting old. Cave went on for over three hours, answering questions and playing many songs of his own and a few covers. A fan asked about the recording sessions for the new Bad Seeds album and Cave played coy like no such album existed and wouldn’t be coming out for the indefinite future. “But Susie told us about it!” Susie is Nick Cave’s wife. He had no response and went on to the next question.

Two days after the show, Cave responded to a question on the Red Hand Files about the new Bad Seeds Album. It is called “Ghosteen,” and it is coming out on October, 3rd. We were fooled. I couldn’t think of a question to ask at during the show, and I have regretted it ever since. Cave said that he’s gotten about 40,000 questions on the Red Hand Files and answered about sixty, so I might never get to again. If I could, I would ask Nick Cave how he would solve the Trolley Problem.

Shura at The Independent
Impose Main
Life is Beautiful, Day 3
Tweets by @IMPOSEMAGAZINE