Getting braided on Broadway with Blissed Out

Alex Winter, reputible recluse and formerly of Blissed Out, is currently known for Gchatting “Wutup?” or “where the party tonite,” and then never inciting any sort of hang out. When he texted me, “Let's get braids tomorrow,” I said, “Sure, I have every color of bead at my house,” to which he responded, “cool I'll be at ur house at 3:30.” I considered the plan pretty non-binding. So when he called to say that he was standing at my door, I was fairly surprised.

Despite my recent longings to get my hair braided at Enrique's Unisex, the baby blue mega-salon on Broadway (in Bushwick, duh) that has artificial cobwebs in its storefront for nine months out of each year, it's been far too cold to expose little strips of scalp. But then Alex came over and I gave him a baggy of black and clear beads.
“Don't they have beads there?” he asked.
“Yes… but they're recycled.”
(The first time I had my hair braided I found hair in the bead basket; since then I've been firmly BYOB.)
I went first and got five braids on the right side of my head with navy blue and clear-brown beads, and the woman charged me $10, which is lower than what braiders were asking at the height of last summer (it was up to $15 when half of Market Hotel was getting cornrows). Then Alex had his whole head done.

(Lookin' blissed.)
When I returned to work, fellow employees at the museum cooed: “How was Mexico?! You look so tan! Awww, and you got your hair braided!”
Rating: four beads 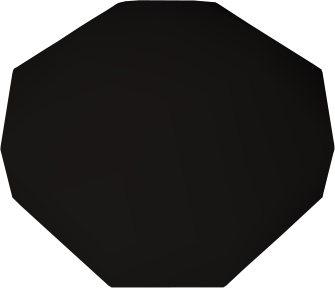 LE POISSON ROUGE
The scene at Le Poisson Rouge was similar to a graduation party: music, a lighting rig, at least one parent floating around, and everyone in attendence was closely acquainted with everybody else. The bands weren't aware of the venue's 140 person guest list, so they hadn't flexed it; 22 people paid in, and while I definitely marched in for free, I gave sorely at the bar – 4 mezcals with grapefruit juice.

But PC Worship came prepared, with an empowering high blood-alcohol and an internalized joie-de-performance that was able to actually loosen things up, no matter early the party's rigor mortis had set in. They were in supergroup mode, with eight members playing every possible modern jam sound. By their second song, Justin Frye was circling the showspace on a wireless mic, pouring drinks on people and disappearing into the sound booth. A mink pelt that he had thrown from the stage, which then ping-ponged between grossed-out necks, laid wet and lifeless between people's feet.

The band then did their Collective Soul cover that I don't want to fucking talk about because it'll get stuck in my head for another four days, and I'll hear creepy cock-rock belting while I'm taking a shower or eating or having sex, and actually I can hear it right now, so here's a YouTube of everybody laughing at that disgusting song.
At this point the party was sitting up and laughing and eating the hospital's chicken pot pie, so by my standards it was revived enough to stop feeling sorry about the turn-out. But when you know how to rage, simply being alive doesn't cut it. Justin pushed Medallion Sinclair onto the stage, and she picked up a random saxophone and started honking it. Smhoak Mosheein hopped up there too, along with Joe Salina, Sto Pit, and Alex Drewchin's dad. Everyone was rolling around, thumbing random things and spilling drinks – I think they were playing “Staring at the Sun“?

(Smhoak Mosheein loves the way she rides it.)
Later, the sound guys told them, “You broke it, you bought it.” But as of yet, they have not received an email certifying that PC's on the LPR Banned List.
Rating: 3 weed leaves

EXIT ART
We visited the final opening at EXIT ART, a Deitch or Gagosian-sized non-profit space in “MiMa” or “Hudson Yards”; the mission of the space has always been to introduce and promote work that captures varying angles of the human experience, which became more extreme as the neighborhood morphed into a faux-residential hedge-funder haven. The show was a retrospective, a best of, with displays from old group shows and ascended artists under glass or hanging from the ceiling, a science fair's surgary cup of tea.

There was mock bondage gear, whale wishbones, and neon lights expressing sentiments of the Occupy movement. Political comics and poems from September 2001 hung from a long rectangular frame, near a giant Pez dispenser and a cast John Ahearn (Joe's uncle!) made of a Bronx man on crutches, missing a foot. Wooden conversation chairs with classic upholstery were inlaid with electrified metal, so when two people sat on them, resting their hands on their respective arm rests, they were given the power to shock each other with a handshake or a poke to the nose. Near the chairs was an enlarged and bordered photograph of men in full-body camouflage, making out.

(People stand around, contemplating electrocution.)
The bar itself was a social experiment: if you bought two drinks, each was $15; if you bought ten drinks, each was $5; and if you approached the bar with 20 people, every drink was a penny and everybody received an extra margarita-esque shot. Luckily, I knew 10 people at the party, and there were low-on-cash guys with mullets and accents hanging out at the bar, waiting for big groups and extremely-cheap thrills.
Rating: 3 weed leaves

VIBES HQ
We made a late-night stop to the righteous and improved Body Actualized Center for yoga and psychotropic chocolates. The new wood flooring that they've been posting about on Facebook looks better IRL and came with a surprise entrance-separating wall with a medieval Devil's door. Beside the Devil's door was a blue screen surrounded by fluorescent lights; earlier Sunshine Amy had done a yoga performance there and it was projected into the mainspace as Austin Samsel read a poem.

(Angelina and Matthew, vibing.)
When we arrived, Jan Woo was DJing and the room was fairly crowded, lit mostly by projections and low-lighting fixtures hidden behind decorative trees. Everyone was buzzing because the New York Times had visited the party and interviewed members of the Vibes family. The bartender was slow and out of it, but that's part of the BAC feel; relax, the night is young and beautiful, and the longer you wait the more time you have to catch up with a nu friend. I drank vodka with chunks of ginger in it, and insisted on buying one for Mary Katherine.
Though we desired time beside the backyard firepit in order to rustic-scent our clothes and warm our toes, weirdos started bothering me, asking for sips of my drink and telling me to throw my shoes in the fire; when they asked for a cigarette I wanted to say, “Screw off, Bushwick uglies,” but instead I just stood up and walked away.

We danced, we bought “Leggo my Ego” tees, we heiled with the best of them, and we congratulated everybody on fulfilling their cosmic dreams. Yoga at Vibes HQ re-starts this Monday (April 2nd).

THE STONE (remotely)
My boyfriend Matthew and I called Justin Frye on his cell phone during his experimental set at the Stone. He was playing as part of a Wallet-themed night there, as curated by Stewart Mostofsky, who actually had driven us home from Le Poisson Rouge. (Stewart and his record label Ehse are also responsible for the upcoming Ric Royer & G Lucas Crane show, C. Spencer Yeh with Lasse Marhaug, and DJ Dog Dick opening for Eric Copeland at the Stone.) We were enjoying a chicken-asparagus-and-Sierra-Nevada dinner, but we paused it at 8:52 pm as instructed by Justin. We hovered over Matthew's Droid and read from a script on Google Docs, featuring the usual suspects – shit from Yahoo Answers, observations Matthew has made about Vermonters, disclaimers from the Stone's website (no refreshments, no merchandise), and stuff I've learned from the Wickerpedia Man (when I have a dream about reading Wikipedia and learn terrible lies, about which people gang up on me and sometimes torch my domicile). We'd say something and then we could hear our voices back, low, slow and distorted. But that's the only thing we could hear, as if to imagine a quiet, dark room with our cartoonishly-masculine, non-linear announcements as the only stimulus for what must have felt like months… so after four minutes we said good night and hung up. Polite and sweet.
Rating: 3 chicken breasts

All unlabeled cell phone pix courtesy of Alaina Stamatis, Matthew Mann, and our Droids, respectively. Want Impose to check out your party? Email cruisecorp@imposemagazine.com and we'll stop by!