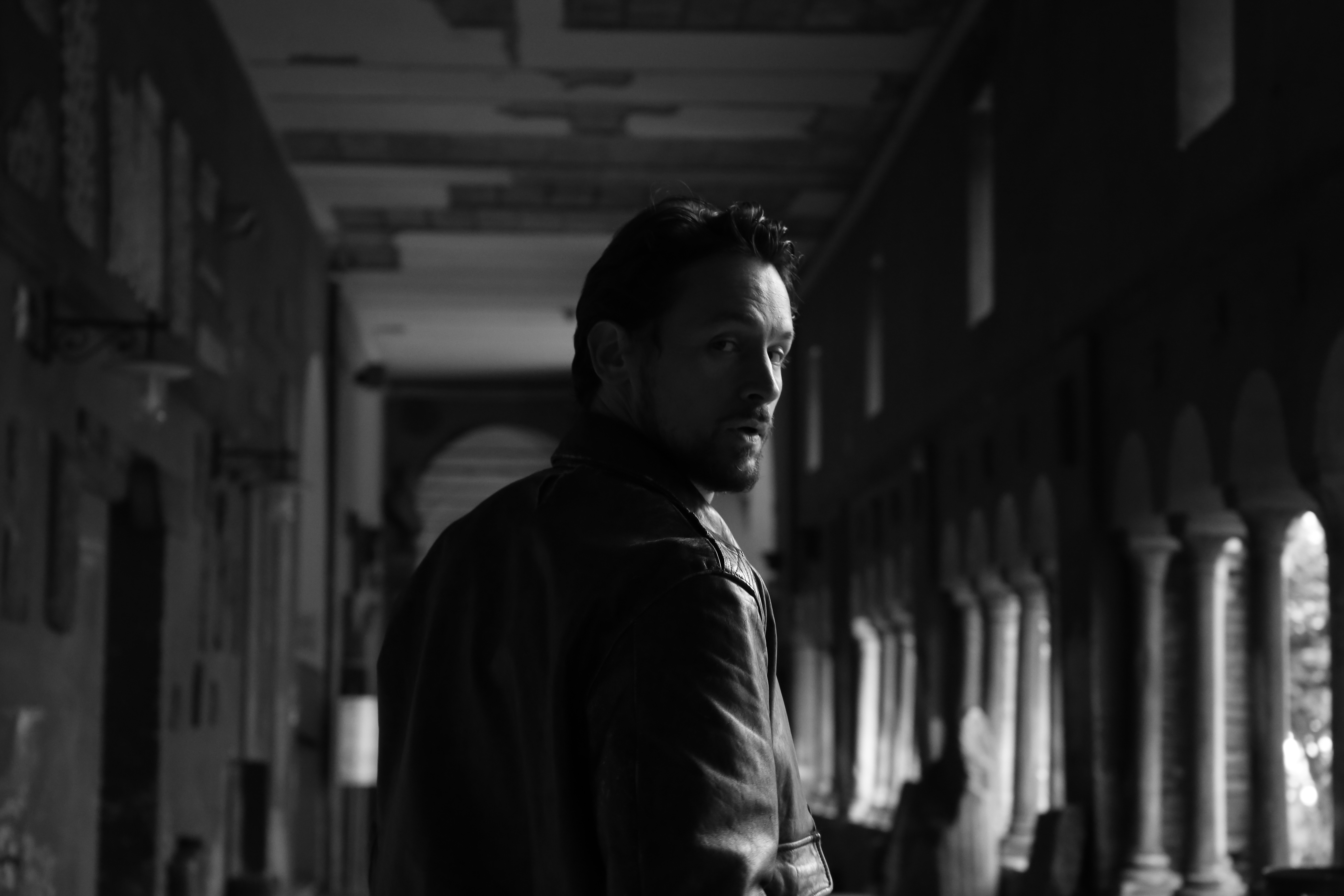 Gutter Sparrow is the musical moniker of singer-songwriter John Mosloskie, who lives in, Italy. Under the Gutter Sparrow name, Mosloskie crafts sparse, minimal, haunting indie-folk soundscapes with a gritty depth and texture conjuring the spirits of pastoral American landscapes. There’s a wondrous, expansive quality to his songs that manages to capture elements of shoegaze, dream-pop, and Americana with shapeshifting ease.

Back in 2017, Gutter Sparrow released its debut album The Fear of Forgottenness, a meditative, dreamy folk tapestry. Today, Impose is thrilled to present Gutter Sparrow’s follow-up LP The Waker Dreams, an album that, according to Mosloskie, “explores the cycle of waking and dreaming across nine songs,” and  “[investigates] the role of dream as-guide within the labyrinth of consciousness.” Opening track “Clear Light of Morning” is an astounding intro, featuring a lone acoustic guitar and tranquil piano notes – along with Mosloskie’s crisp, soothing vocals – which float gracefully over the sparse arrangement. “Your fears were unfounded, and your worries assuaged,” Mosloskie poignantly assures us on the ethereal ballad, a sort of thesis statement for the rest of the album.

There’s also the driving single “Sheridan,” whose simmering lo-fi production hovers alongside the track’s subtle percussion, airy keyboards, and echoey vocal harmonies. It’s an especially personal song recalling the time when Mosloskie learned his brother-in-law had suffered an aneurysm, and the comfort he found in a friend who witnessed his pain first-hand.

From there, The Waker Dreams impeccably oscillates between longing chamber-infused ballads (“Without Love”), dreamy folk-rock (“This Day Is A Feast”), and cathartic indie (searing album-closer “Across The Sea”). Overall, it’s a powerful creative step forward for Gutter Sparrow. “The Waker Dreams is an elaboration of what has become a central theme of my work: dreams and their function within our lives,” Mosloskie explains. “I happen to think that dreams can be vehicles towards the end of becoming more fully ourselves, and that it’s important to pay attention to the things we see in dreams because they help us to understand our interior life in a unique way.”

The Waker Dreams was mixed and produced by The War On Drugs’ Anthony LaMarca, and is out now via Meadowlands Records. You can purchase it HERE, and sample it below via Bandcamp.