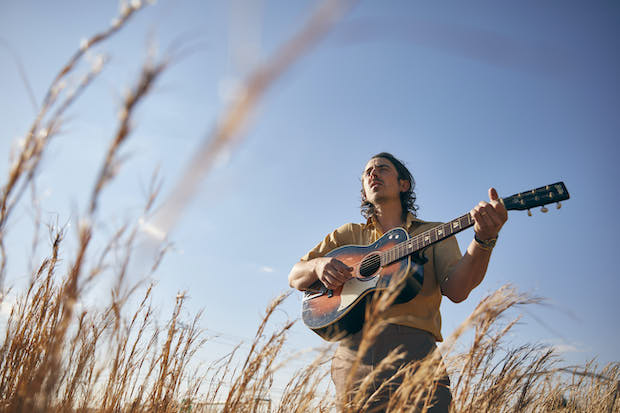 Hailing from Cincinnati, songwriter Cory Pavlinac is no stranger to the stage having been a part of several bands over the years. But it’s under the ZOO moniker that the artist is gearing up to step out on their own with music that compliments inward thinking.

No Man’s Land marks ZOO’s proper debut full-length which finds Pavlinac exploring themes of intimacy, isolation and empathy. Its lead single, “Sleeping Dogs,” is a slick slice of hazy psych-folk as Pavlinac explores the turmoils of our current political climate.

On “Sleeping Dogs,” Pavlinac shares, “This song started with the opening line ‘I’ve heard enough of your desperate times.’ I was imagining someone who entertains notions of conspiracy and who just wants to be left alone, in their ideological corner of America. ‘Let sleeping dogs lie’ is the motto. In a way, I was expressing the anxiety I felt about the social and political climate and how hopelessly divided everything felt. Feeling like I couldn’t change anything but also worried I wasn’t doing enough.

In that aspect, there is maybe a little of myself in the caricature of this person who is waiting it out, while complaining about the state of the nation all the while, and daydreaming of societal fallout.”

Check out ZOO’s “Sleeping Dogs” below and look for it out on streaming tomorrow here.