As Bradford Cox stated on the Atlas Sound MySpace page for a while, his “punk days are over.” To a tee, almost, or, to a lack thereof, if you caught his band-enforced encore (to the audience’s delight, if not to its credit, considering no one remembered to clap for them).

Though they emerged topless for this (even the ladies: bassist Honey Owens completely so, drummer Stephanie Mackey donning a black bra), they didn’t do it with a gun to our heads, and no one was shocked. Rather, it was disarming only in the degree to which it felt natural. Of course they’d take their shirts off for the encore: as much fireside chat as blissed-out gauze rock show, their set spanned faithful covers of the bedroom-recorded reveries Cox conjured for Atlas Sound’s recent Let the Blind Lead Those Who Can See But Cannot Feel to not-so-faithful covers medleys (Blue Oyster Cult, Grateful Dead, Breeders) to, perhaps most amusingly, a wedding-band inspired funk riff they’ve probably been playing nightly as Cox introduces each band member.

Cox himself was in high spirits, profusely thanking the light crowd (that numbered Kyp Malone and Chris Taylor of Grizzly Bear) for skipping out on the Oscars on a cold Sunday night. He also seemed to be lightly attempting to keep his band reigned in against the overbearing potential for feedback and delay. “What was the deal with that one?” He asked Adam Forkner (backing guitarist and opening act White Rainbow) after “Recent Bedroom”. “You know what I mean.” Forkner offered a shrug and the beginnings of an apology. “Aw, nevermind. Do your thing, do your thing,” Cox continued, shaking off his urge for control like a jolly uncle catching a nephew in the liquor cabinet.

His instincts were probably right; at their best (which was most of the time), the live band effected a gorgeous balance between Cox’s relatively straight-forward, pop-oriented takes on his album songs and Forkner’s more interpretative wash of guitar noise. The band’s rhythm section was woozy, if not at times wobbly, while Brian Foote’s station at a bed of electronics issued both additional static and recognizable samples from Cox’s album. Considering that the band’s only been touring for two weeks, it’ll be exciting to try and catch them again in Austin for their various SXSW appearances.

Until then, I hope they get that Breeders cover down. 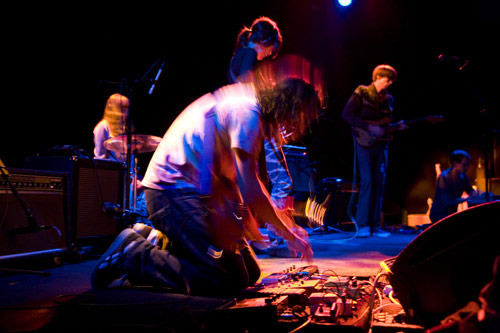 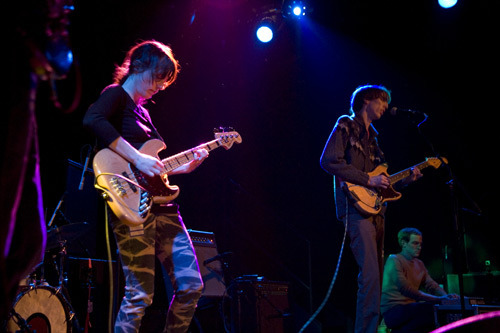 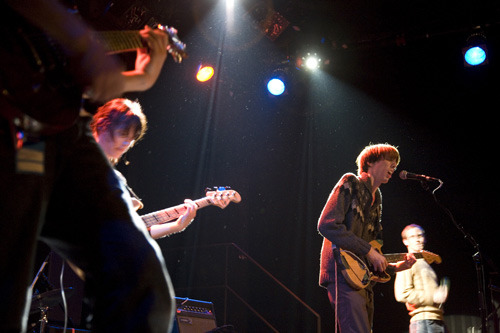 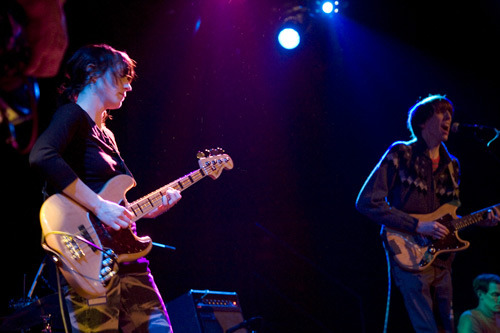 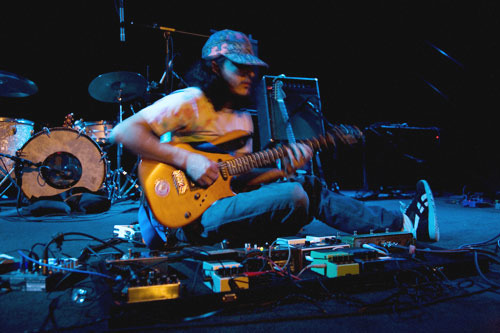 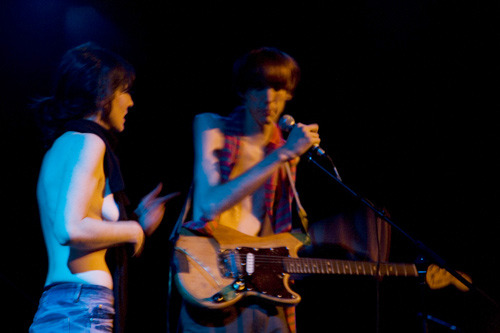 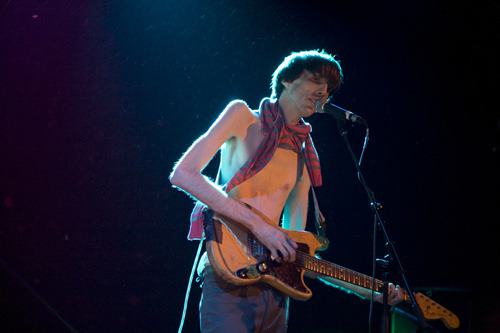 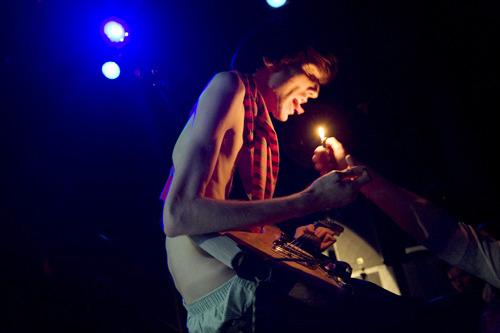 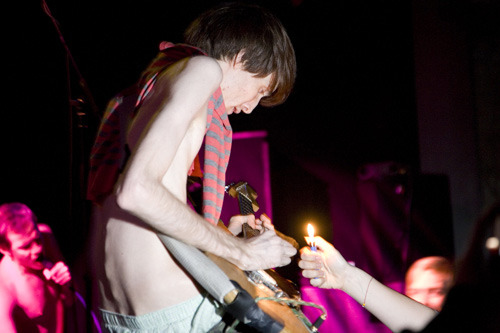